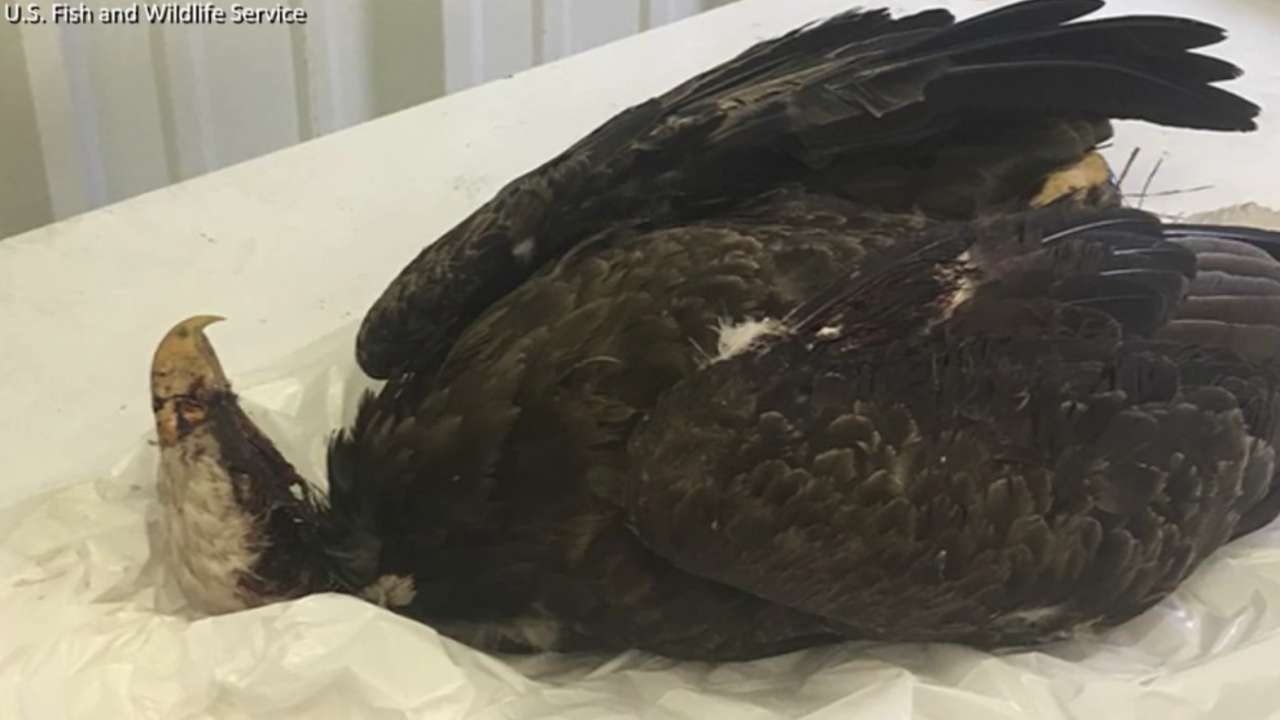 MONTICELLO, Ark. — Authorities are searching for the person who shot and killed a bald eagle in Arkansas.

A mature bald eagle was found dead on March 28, just outside of Monticello, according to the U.S. Fish and Wildlife Service and Arkansas Game and Fish Commission.

The female eagle's body was found near a nest, and it is believed that the bird was tending the nest at the time of death.

Veterinary staff at the Little Rock zoo have determined the preliminary cause of death as a gunshot wound.

A reward of up to $6,000 is being offered for information leading to the arrest and conviction of the person or persons responsible. Anyone with information involved in this case is encouraged to contact the AGFC's Stop Poaching Hotline at 800-482-9262.