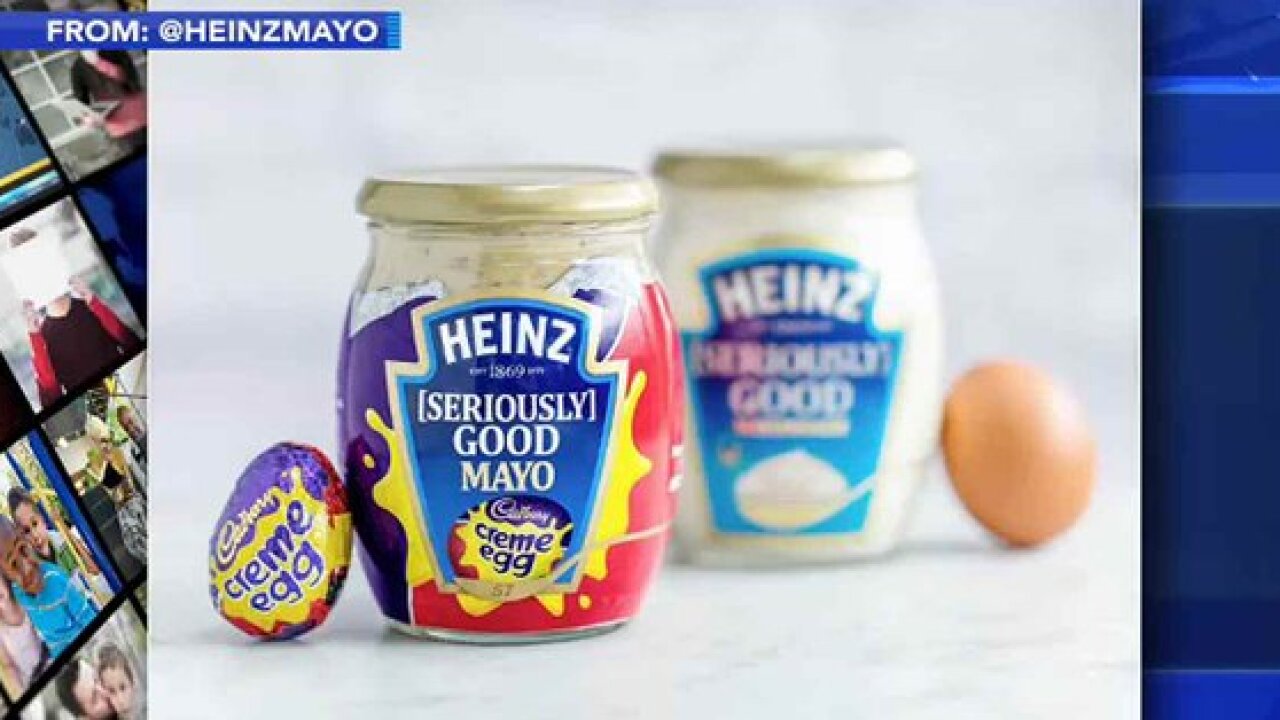 It's that time of year for Cadbury Eggs, which are already very polarizing.

You either love the creme-filled chocolate eggs or can't stand to even look at them.

But now there is this: Cadbury and Heinz have teamed up to make Cadbury creme egg mayonnaise.

We weren’t kidding, Heinz Creme Egg Mayo is a thing! Who wants to try it?🙌 OF COURSE YOU DO! Come and see us at Ely’s Yard, Truman Brewery in London from 11th-13th April for free samples of this crazy combo. Only until stocks last! pic.twitter.com/3ZVehv0LJb

One woman posted on Twitter that she will be curled up in a fetal position waiting for the company to take this back.

Apparently, some Brits really like it. They're slathering it on their biscuits and crumpets and such.

As you might imagine, others hate it, calling it an assault on taste buds.

It's only available in Britain while supplies last.