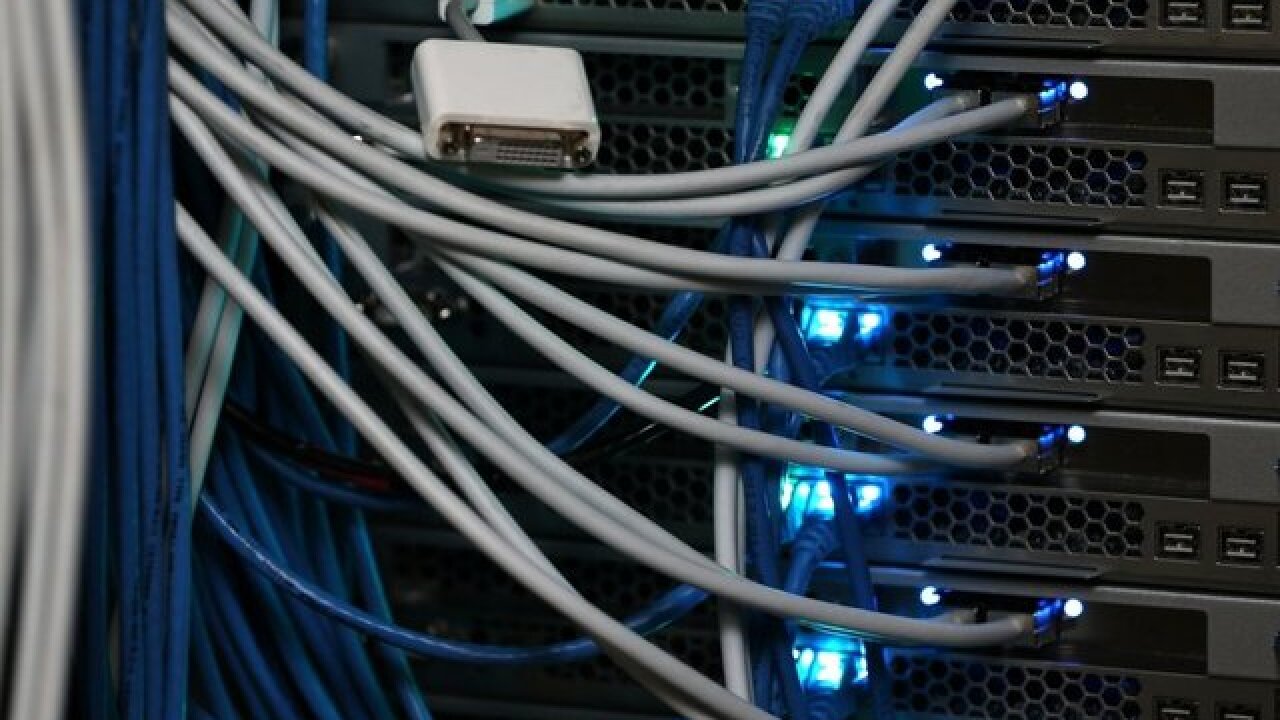 The Department of Justice said it is filing a lawsuit against the state of California over its new net neutrality protections, hours after Gov. Jerry Brown signed the bill into law on Sunday.

The California law would be the strictest net neutrality protections in the country, and could serve as a blueprint for other states. Under the law, internet service providers will not be allowed to block or slow specific types of content or applications, or charge apps or companies fees for faster access to customers.

The Department of Justice says the California law is illegal and that the state is "attempting to subvert the Federal Government's deregulatory approach" to the internet.

"Under the Constitution, states do not regulate interstate commerce—the federal government does," Attorney General Jeff Sessions said in a statement. "Once again the California legislature has enacted an extreme and illegal state law attempting to frustrate federal policy. The Justice Department should not have to spend valuable time and resources to file this suit today, but we have a duty to defend the prerogatives of the federal government and protect our Constitutional order."

As the largest economy in the United States and the fifth largest economy in the world, California has significant influence over how other states regulate businesses and even federal laws and regulations. That power is being tested under the Trump administration, which is currently battling the state in court over multiple issues, including emissions standards, immigration laws and the sale of federal lands.

"It's critically important for states to step in," state senator Scott Wiener, who co-authored the bill, told CNNMoney. "What California does definitely impacts the national conversation. I do believe that this bill ... will move us in a positive direction nationally on net neutrality."

For that to happen, the law will likely have to survive a legal battle. In addition to the lawsuit from the Department of Justice, ISPs may sue California over the bill. Major broadband companies, including AT&T and Comcast, have lobbied heavily against the California bill. (AT&T is the parent company of CNN.) They say the new rules will result in higher prices for consumers.

Jonathan Spalter, president of USTelecom -- a trade group representing broadband providers -- said while the group supports "strong and enforceable net neutrality protections for every American," the bill was "neither the way to get there nor will it help advance the promise and potential of California's innovation DNA."

"Rather than 50 states stepping in with their own conflicting open internet solutions, we need Congress to step up with a national framework for the whole internet ecosystem and resolve this issue once and for all," Spalter said.

Broadband providers lobbied against the California law, but were also for the repeal of the most recent federal regulations.

"The broadband providers say they don't want state laws, they want federal laws," said Gigi Sohn, a fellow at the Georgetown Law Institute for Technology and a former lawyer at the FCC, in an interview. "But they were the driving force behind the federal rules being repealed ... The federal solution they want is nothing, or extremely weak."

The FCC is fighting California over a pre-exemption clause included in its 2017 order repealing net neutrality protections. The FCC holds that it can preempt state-level laws because broadband service crosses state lines. Legal experts are split over whether or not the FCC can challenge a state net neutrality law, but Wiener believes the clause is unenforceable.

Barbara van Schewick, a professor at Stanford Law School, says the California bill is on solid legal ground and that California is within its legal rights.

The bill was approved by lawmakers in early September, but it had been unclear if Brown would veto or approve the comprehensive measure, even though it had broad support from state Democrats.

The original FCC rules included a two page summary and more than 300 additional pages with additional protections and clarifications on how they worked. While other states mostly replicated the two-page summary, California took longer crafting its law in order to match the details in the hundreds of supporting pages, said Barbara van Schewick, a professor at Stanford Law School.

"Most people don't understand how hard it is to do a solid net neutrality law," said van Schewick. "What's so special about California is that it includes not just two pages of rules, but all of the important protections from the text of the order and as a result closes the loopholes."

Loopholes addressed in California's new law include a prohibition on "zero rating," which allows carriers to exempt content from certain companies (like their own streaming services) from counting against a customer's data usage. The prohibition would not apply if a carrier wanted to exempt an entire category of content, like all streaming services. It also bans interconnection fees, which are charges a company pays when its data enters the internet provider's network.

The FCC says those rules will hurt consumers.

"The law prohibits many free-data plans, which allow consumers to stream video, music, and the like exempt from any data limits. They have proven enormously popular in the marketplace, especially among lower-income Americans. But notwithstanding the consumer benefits, this state law bans them," said Ajit Pai, chairman of the FCC, in a statement.

The authors of the bill did have support from consumer and labor groups, grassroots activists, and small and mid-sized tech companies including Twilio, Etsy and Sonos. Larger technology companies, like Apple, Google, and Facebook, have stayed quietly on the sidelines.

Sohn and van Schewick believe states with legislatures controlled by Democrats are the ones most likely to pass strong net neutrality protections. Other states have already started working on similar bills, including New York and New Mexico.