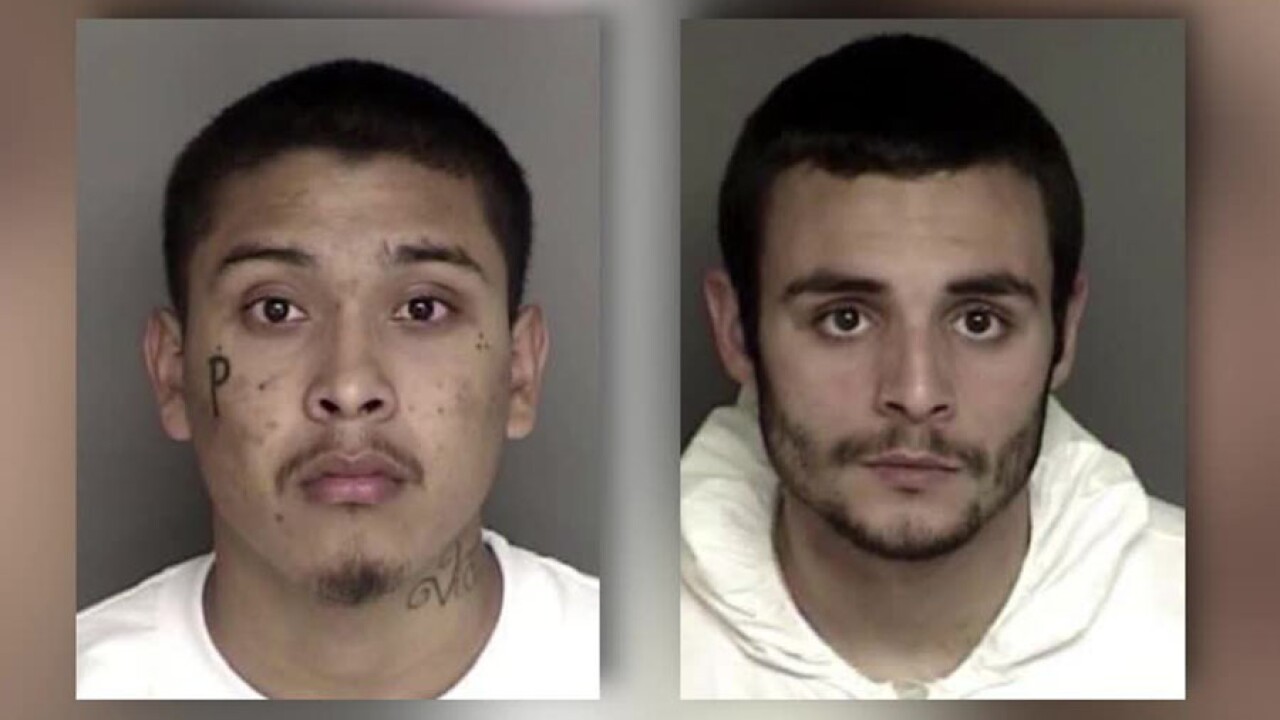 SAN DIEGO, Cali. -- Two murder suspects who escaped from a Northern California jail were captured at the San Ysidro Port of Entry , the largest land border crossing between San Diego and Tijuana.

The men cut a hole through a bathroom ceiling, climbed through and then arrived at a back door that they kicked open.

Customs and Border Protection officials say Salazar, 20, and Fonseca, 21, attempted to re-enter the U.S. from Mexico at the port of entry’s PedWest facility late Tuesday evening.

Officers learned through database searches that the men were wanted for the jail escape and apprehended them.

The men were transferred to Monterey County Sheriff’s Department custody.

Salazar and Fonseca had been in custody since 2018, and both were awaiting trial on murder charges in separate cases.

This story was originally published by Jermaine Ong at KGTV.