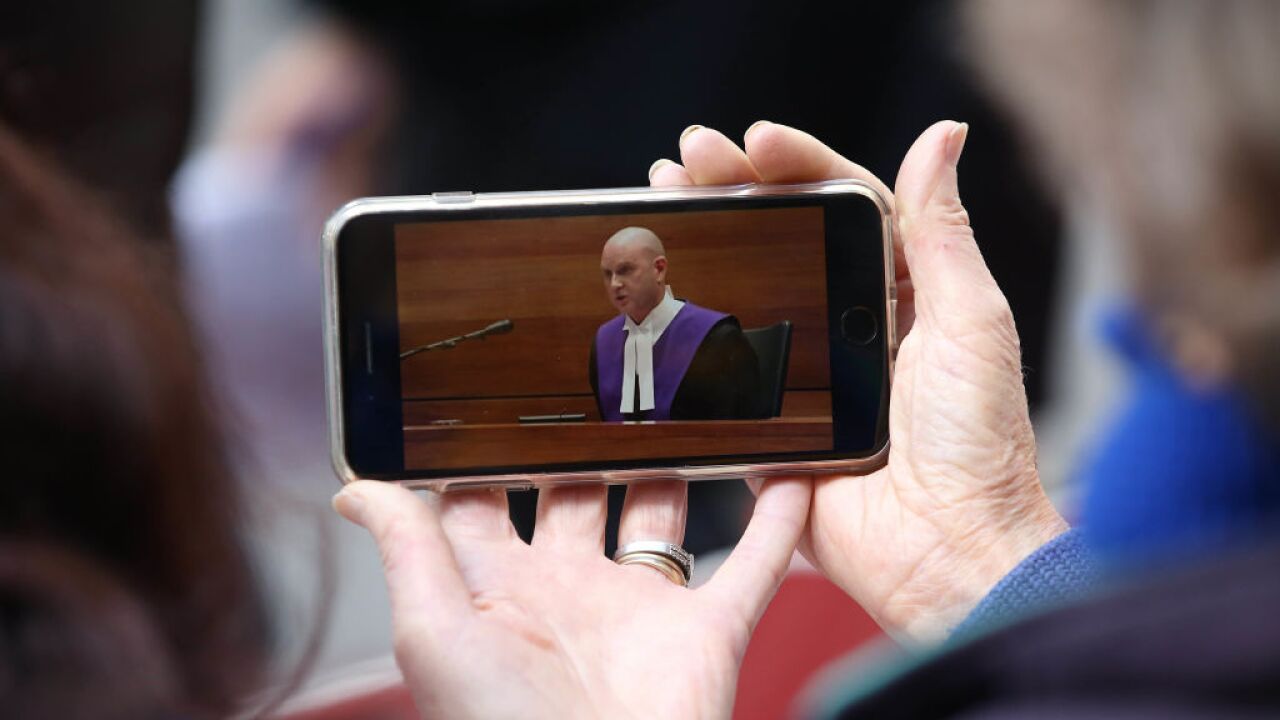 Cardinal George Pell, the most senior Vatican official to be convicted of sex abuse to date, has been sentenced to six years in prison for the "callous" assault of two choirboys in the late 1990s.

A former senior adviser to Pope Francis, Pell showed no reaction when Chief Judge Peter Kidd handed down his sentence in a hearing broadcast live worldwide on Wednesday from Victoria's County Court in central Melbourne.

Pell, 77, was found guilty of one count of sexual penetration of a child and four counts of committing an indecent act with a child last December after a secret five-week trial.

Reporting of the trial and verdict was suppressed by the court to avoid prejudicing a second trial, which crown prosecutors abandoned in February after the judge ruled some prosecution evidence couldn't be submitted.

On Wednesday, Judge Kidd said Pell's attack on the victims was "breathtakingly arrogant."

But the judge said Pell was "not to be made a scapegoat for any failings or perceived failings of the Catholic Church."

Pell's legal team has previously announced it will appeal his conviction on three grounds, including that the jury's verdict on all five charges was unreasonable, based on the evidence submitted. The Court of Appeal is due to hear submissions in early June.

Pell has spent the past two weeks in custody and was brought into the court from the Melbourne Assessment Prison (MAP) via an internal entrance, avoiding rows of cameras set up outside the court in central Melbourne.

More than 150 people crammed into the courtroom, which had been fitted with extra seats to cope with the demand from those who wanted to be there in person to hear how he'd be punished.

Pell sat in the back of the courtroom, surrounded by security officers but uncuffed, as Judge Kidd delivered a detailed explanation of the crimes the cardinal had committed and the reasons for the sentence.

After mass one Sunday in the late 1990s, Judge Kidd recounted, Pell caught two choirboys drinking communion wine in the priest's sacristy and one by one forced them to engage in sex acts, despite their sobs and pleas for him to let them go.

The first choirboy told how he was forced to perform oral sex on the cardinal, who at the time was Archbishop of Melbourne and a revered figure within the Catholic Church.

The boy didn't tell anyone what had happened for years, before finally approached Victoria Police in 2015, almost 20 years after the crime. His statement led to an investigation and a number of historical sex abuse charges being filed against the then-Vatican treasurer.

After his conviction, the Vatican launched its own investigation into Pell, which could lead to the cardinal losing his clerical status or being "defrocked," a severe punishment imposed by the Pope and not subject to appeal.

In his ruling, Judge Kidd was careful not to name the two victims, one of whom gave taped evidence against Pell on a video that was seen only by the jury during the trial. Under Australian law it's illegal to identify sex abuse victims or reveal information that could expose who they are.

The first victim has declined to comment publicly but said in a statement released by his lawyer after the ruling that since the attack he had experienced "shame, loneliness (and) depression."

He asked that he be left alone and given time to cope with the ongoing criminal process. "The process has been stressful and is not over yet," he said.

The second victim died of a heroin overdose a few years ago.

The deceased victim's father told CNN that his son had been an outgoing child who played sport and liked singing, a talent that earned him a scholarship to the prestigious boys' school and ultimately an invitation to sing in St. Patrick's Cathedral where the attack took place.

Around one year after the assault, he said his son was kicked out of the choir, lost his scholarship and started injecting heroin.

Pell's defense team had submitted 10 references that attested to Pell's good character. They included one from former Prime Minister John Howard who wrote that Pell, his friend for approximately 30 years, was a person of "high intelligence and exemplary character."

Howard said he was aware of Pell's conviction and pending appeal but that "none of these matters alter my opinion of the Cardinal."

Several of Pell's other high-profile friends in Australia have leaped to his defense, questioning the jury's verdict and predicting the cardinal would be exonerated on appeal.

The depiction of Pell as a man wronged has infuriated survivors of church sex abuse who say that casting victims as liars and priests as beyond reproach perpetuates a culture that allowed abuse to thrive within the Catholic Church for decades.

Statistics released in 2017 by Australia's Royal Commission into Responses to Institutional Child Sex Abuse stated that 7% of all Catholic priests in the country had abused children over the past six decades.