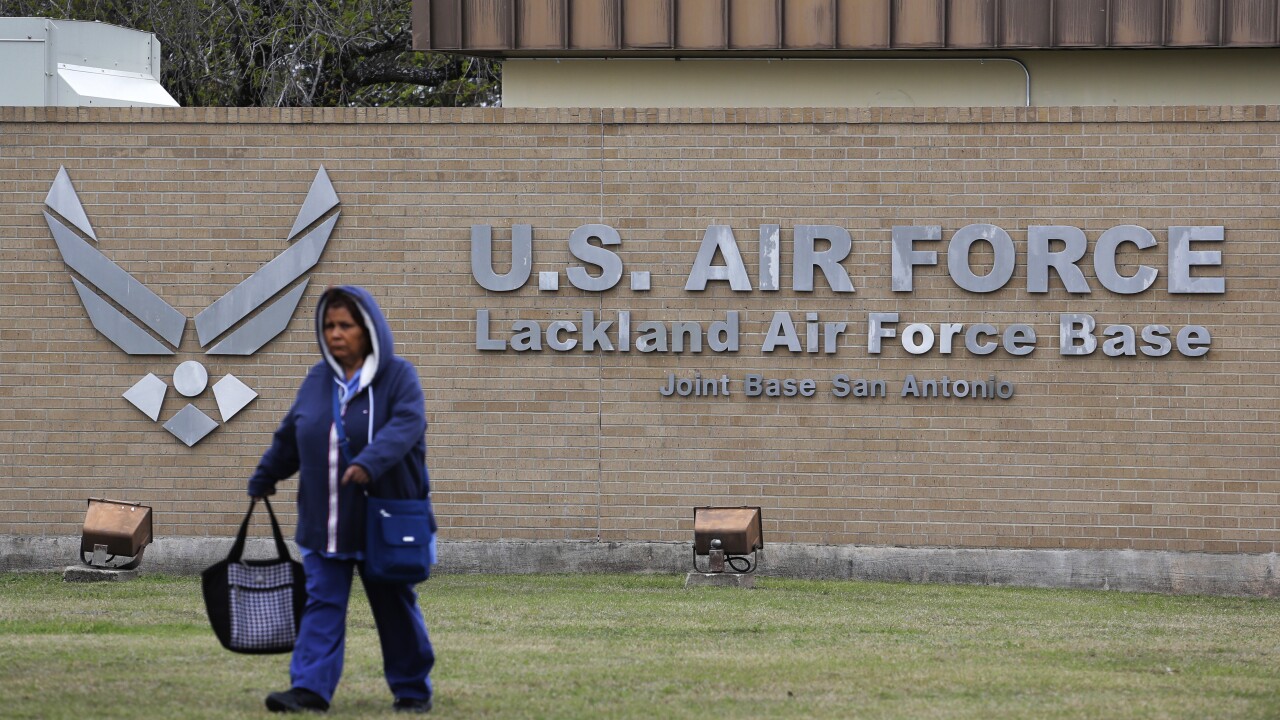 LACKLAND AFB, Texas – The Centers for Disease Control has now confirmed a 15th case of the new coronavirus, officially named COVID-19, in the United States.

Thursday, the CDC said the new patient was among a group of people under federal quarantine at JBSA-Lackland in Texas who recently returned to the U.S. from China on a State Department-chartered flight that arrived on Feb. 7.

This is the first person under quarantine at JBSA-Lackland who had symptoms and tested positive for COVID-19, according to the CDC. The new patient is currently isolated and receiving medical care at a designated hospital nearby.

This isn't the first case of an evacuee being diagnosed with COVID-19. The 13th and 14th cases of the virus were found among evacuees who were flown last week from Wuhan to Marine Corps Air Station Miramar in Southern California.

This newest COVID-19 case was the first confirmed in Texas. The other 14 cases have been confirmed in California, Illinois, Massachusetts, Washington state, Arizona and Wisconsin.

Health officials say there will likely be additional COVID-19 cases in the coming days and weeks, including people who recently returned from Wuhan.

While 195 people were discharged from quarantine on Tuesday, more than 600 people who returned on chartered flights from Wuhan remain under federal quarantine and are being closely monitored to contain the spread of the virus.

In China, the government said Thursday that more than 59,800 people have been infected with the virus and the country’s death toll has risen to 1,367, The New York Times reports. The number of cases in the Hubei Province skyrocketed by 14,840 cases, to 48,206, after authorities changed the diagnostic criteria for counting new cases.