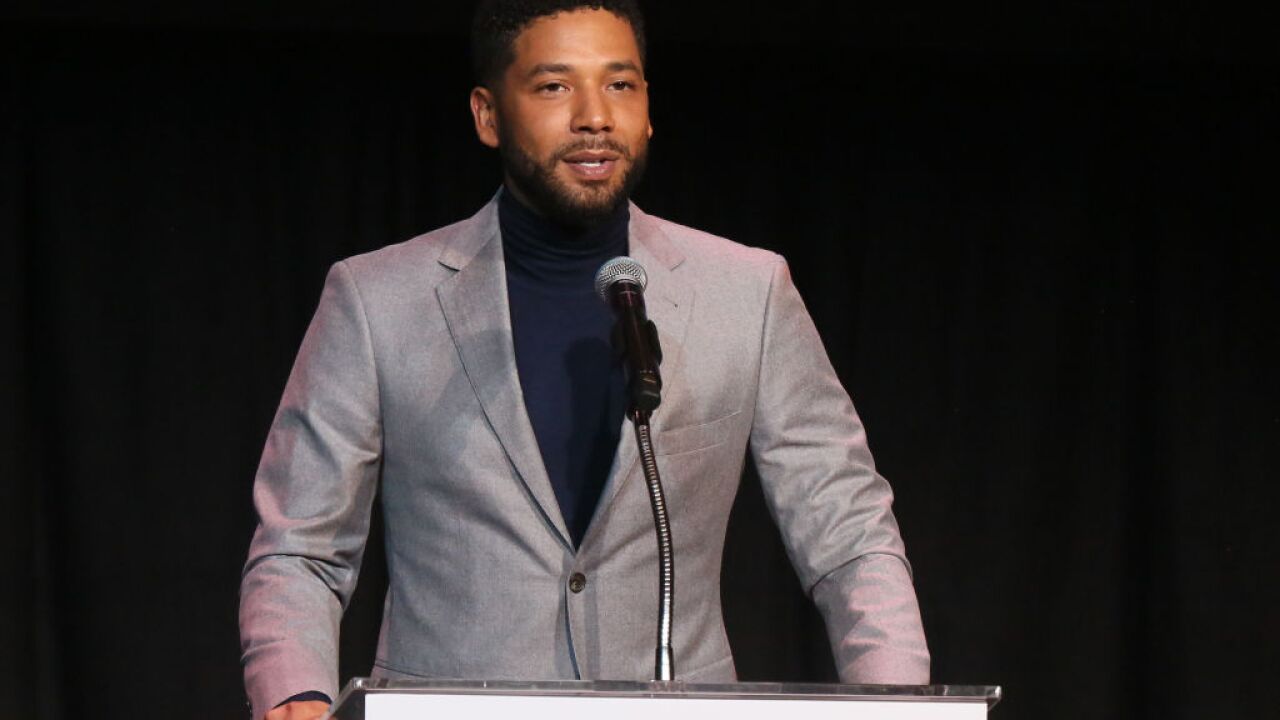 The city of Chicago wants $130,106.15 in the next seven days from actor Jussie Smollett, to cover the cost of the investigation into claims he was attacked in what he described to police investigators as a possible hate crime.

In a letter sent to Smollett in care of his attorneys, the city's corporation counsel says if Smollett doesn't pay, the city might prosecute him using Chicago's municipal code or other legal remedies.

"The city feels this is a reasonable and legally justifiable amount to collect to help offset the costs of the investigation," city spokesman Bill McCaffrey said.

Smollett's defense team did not comment on the letter and referred CNN to an earlier statement, in which they said Mayor Rahm Emanuel and Police Superintendent Eddie Johnson need to apologize to their client.

"It is the Mayor and the Police Chief who owe Jussie -- owe him an apology -- for dragging an innocent man's character through the mud," the attorneys said. "Jussie has paid enough."

In the letter, the city says two dozen police personnel worked the case, which used resources that could have been spent investigating other crimes.

The city asked for a certified cashier's check or money order made out to "City of Chicago."

It's not often that Emanuel and President Donald Trump agree. But on Thursday, they were united in outrage over the dismissal of Jussie Smollett's criminal charges.

A prosecutor unexpectedly dropped all charges Tuesday against the "Empire" actor, who was accused of staging an assault on himself -- leading Chicago police to investigate it as a possible hate crime.

Emanuel lambasted a prosecutor's decision to drop 16 charges, saying if Smollett wasn't an actor with influence , he would have been held to a different standard.

A few hours earlier, Trump said the FBI and the Department of Justice will review the Jussie Smollett case.

"FBI & DOJ to review the outrageous Jussie Smollett case in Chicago," Trump tweeted Thursday morning. "It is an embarrassment to our nation!"

Neither the FBI nor DOJ have commented in response to Trump's tweet Thursday.

But one of Smollett's attorneys, Tina Glandian, said she's not worried about a possible federal investigation.

"We have nothing to be concerned about because ... to my knowledge, nothing improper was done," Glandian told NBC's "Today" show Thursday.

The FBI, along with postal service inspectors, had already investigated a separate incident involving Smollett, in which a letter containing white powder was sent to Smollett at the set of "Empire." The white powder turned out to be aspirin.

Chicago police have said they believe Smollett mailed the letter to himself, but when the letter didn't spur the reaction he wanted, Smollett staged the attack.

How this all unfolded

Smollett, who is black and gay, told police that two men attacked him on January 29 and yelled racist and homophobic slurs while striking him, police said. Smollett said the incident ended with a noose placed around his neck and bleach poured on him, police said.

Chicago police initially investigated the case as a possible hate crime. They later said they believed the attack was staged by Smollett to bolster his profile and career.

"It's Mr. Smollett who committed this hoax, period," Johnson, the police superintendent, said.

The outcome prompted officials to demand an investigation or consequences against Smollett.

"A lot of valuable Chicago Police Department (CPD) man hours and resources were wasted chasing down a bogus crime arranged by Smollett," McAuliffe said. "He has cost Chicago a lot more than a $10,000 bond. Smollett should not be able to get anything more from the City of Chicago or Illinois."

State House Republican Leader Jim Durkin has asked the Illinois attorney general's office to "complete a thorough review of the prosecution and sentencing determination in the Smollett investigation."

And the Chicago police union has called for a federal investigation into Cook County State's Attorney Kim Foxx to evaluate her involvement in the case.

Foxx had recused herself from the case a week before charges were filed because of familiarity with a potential witness, a spokeswoman for her office said.

CPD said it was told not to release reports

The court's decision to seal the records in the case angered many observers.

Chicago police released part of their investigative reports Wednesday and said there will be no more information to come.

The 61 pages were released in response to Freedom of Information Act requests from the media. They do not appear to offer many major revelations about what investigators allege was Smollett's hoax.

They do, however, shed light on investigators' interactions with the brothers who, investigators say, helped stage the attack.

After the documents were made public, the police department was "then advised of a court order prohibiting such release," CPD spokesman Anthony Guglielmi tweeted.

Although the charges against Smollett were dropped, Foxx told CNN affiliate WLS that she was confident her office could have proven him guilty.

But Foxx said a guilty verdict probably wouldn't have led to harsher consequences for the actor.

"If he's found guilty on a Class 4 (felony), the likelihood was he was going to get some type of, perhaps, restitution, community service -- not prison," she told WLS. "And so if we can get to the same outcomes, if we get to the same measures of justice without going through the court process, we do that."

For example, prosecutors frequently offer to drop drug possession charges if defendants agree to treatment and meetings, she said.

Foxx told WLS she understands some believe Smollett got special treatment because of his celebrity status. She said the onus was on her office to explain that resolutions like Smollett's are also available to "someone from the neighborhood."

... but other District Attorneys criticize the decision

It said recusals of chief prosecutors should apply to the entire office; that prosecutors should not take advice from politically active friends of the accused; that alternative prosecution should include the defendant admitting culpability; and that Smollett's record should not have been expunged immediately for the sake of transparency.

"Finally, we believe strongly that hate crimes should be prosecuted vigorously but the burden of proof should not be artificially increased due to the misguided decisions of others," the statement said.