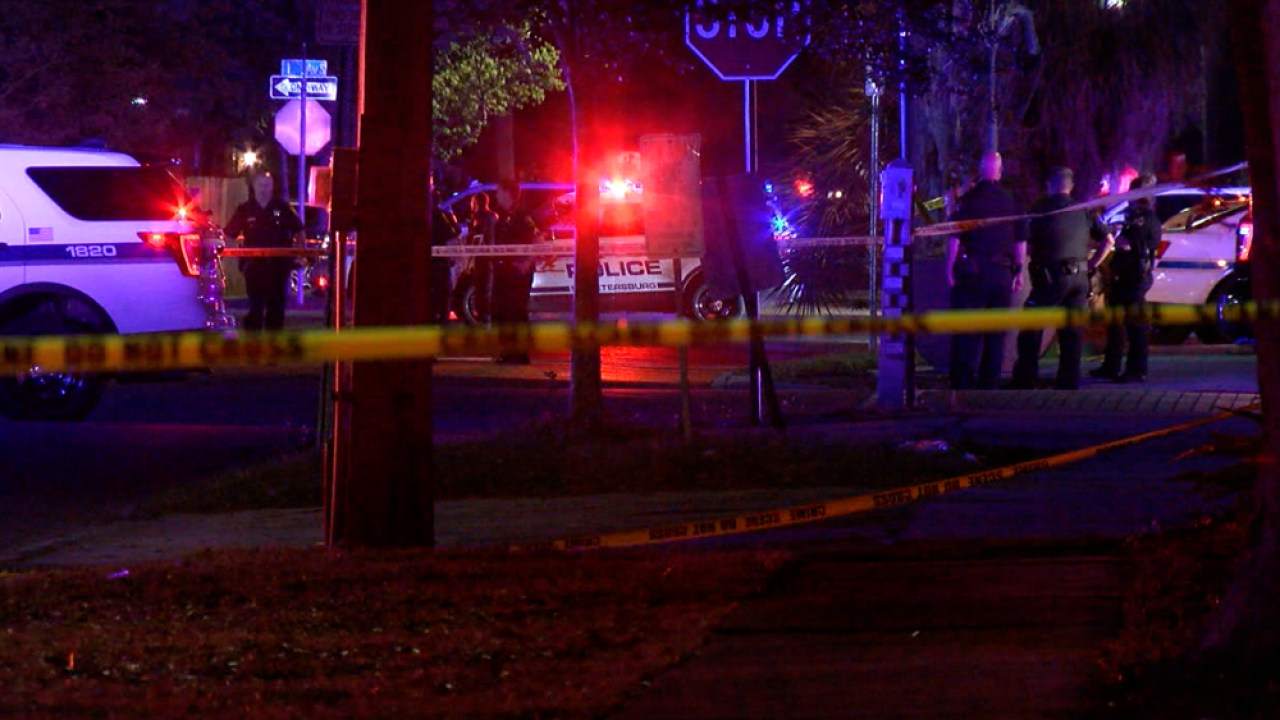 This picture from WFTS shows the scene where a Pinellas County deputy and K-9 were shot during an officer-involved shooting.

St. Petersburg police said a sheriff's deputy with the Joint Violence Force Task Force pulled over Elijah Johnson, 23, in the area of 3rd Ave. South and 26th Street. After handing the deputy his license, Johnson sped off.

A block away from the initial traffic stop, Johnson abandoned his car. A St. Petersburg K-9 officer and his dog, Titan, then began searching for him.

When K-9 Titan found him in a backyard on 2nd Ave S., Johnson shot at the dog and ran away. A short time later, Johnson fired at least two rounds into Sgt. David Stang's PCSO squad car. According to police, Sgt. Stang was hit in the shoulder. He was taken to Bayfront Health and is in stable condition.

Police said they later found Johnson dead with what appeared to be a self-inflicted gunshot wound in the same area where the traffic stop occurred.

At this time, police said it appears no deputy or officer fired a weapon.

K-9 Titan underwent surgery and is in stable condition.

St. Petersburg Police and Pinellas County Sheriff's Office's Forensic Science Division will both be investigating the shooting together.