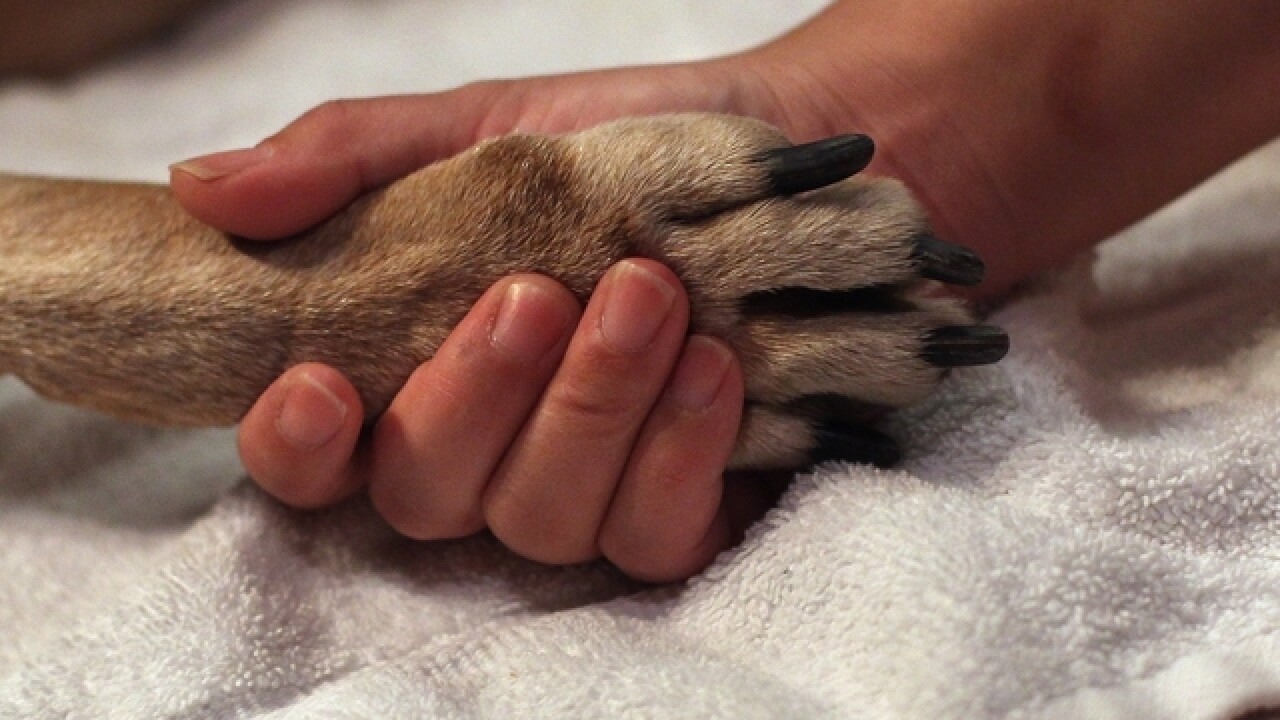 OKLAHOMA — A senior dog who first got attention for her fierce loyalty following the death of her beloved owner is slowly moving past his death.

1 Day Ranch says the owner, named Arthur, didn’t have any living family other than an out-of-state brother -- and his black lab.

Sam, estimated to be around 20 years old, had reportedly sat with her late owner’s body all day and the rescue was asked to come to the scene to remove Sam so the medical examiner could work.

“Sam was visibly upset about leaving and tried many times to wake her owner before we took her,” the ranch posted on Facebook. They gave her time to say goodbye and took some items that smelled like her owner to help her cope.

Over the past few weeks, they have spent time making Sam comfortable and helping her grieve.

They say she was checked out by a veterinarian and is in remarkably good health for her age, but had no appetite.

On March 8, the rescue escorted Sam to her owner’s funeral.

“We allowed her to see Arthur one last time when they opened the casket...she was interested at first, she definitely recognized his face... but it was different from before, she knew that he was no longer there,” the ranch said.

After that, the ranch said Sam's health began to improve— she has been eating consistently for several days, is responding to medications and is getting the love and care she needs.

It’s unclear at this time if Sam will go up for adoption, but it appears she will live out her days at the ranch.