Dow finishes down 200 points, with no clear reason for slide 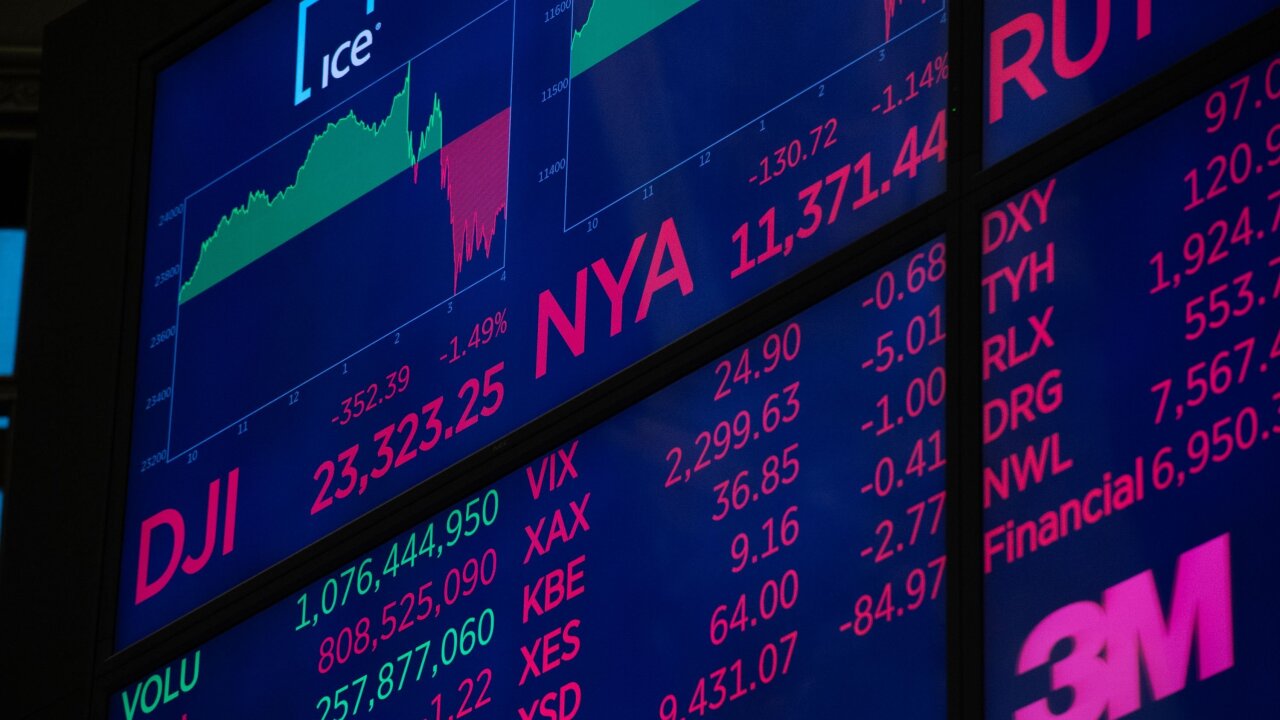 Stocks went into reverse just before lunchtime on Wall Street Monday. But nobody could figure out why.

There weren't any major earnings or economic reports that came out. Yes, there was a big drop in construction spending for December. But it was largely expected. And it was an "old" report whose release was delayed by the government shutdown.

Still, the Dow, which was up as much as 130 points shortly after the market opened, was down 400 points by mid-afternoon before cutting those losses nearly in half. The Dow finished the day with a 207-point drop.

Boeing, the biggest component of the Dow and the best stock in the blue chip average so far this year, was one of the worst performers, falling nearly 2%. UnitedHealth, McDonald's, Walgreens, Verizon and Nike were among the biggest drags on the Dow too.

Paul Nolte, a portfolio manager with Kingsview Asset Management, told CNN Business that he thinks investors are growing tired of talk about an imminent agreement on a trade deal between the United States and China and want more specifics.

"This is, what the 38th time, that we are 'close' to a trade deal?" Nolte quipped. "You can only cry wolf so many times. We need something more tangible than we're close."

Mike O'Rourke, chief market strategist with JonesTrading, told CNN Business he agreed. He said investors may simply be looking for an excuse to sell considering that the Dow, S&P 500 and Nasdaq are all sporting double-digit percentage gains this year.

"We've gone up sharply on the potential for a deal. But now that the finish line is in sight people are selling the news," O'Rourke said, adding that a pullback is healthy since the"behavior of the past couple of months was atypical."

Market slide is much ado about nothing

But Steve Chiavarone, global allocation portfolio manager and equity strategist with Federated Investors, said the sharp pullback Monday is puzzling because most of the economic headlines are still good. He said Monday's sell-off was merely "noise."

He pointed out that bond yields have pulled back now that it looks like the Federal Reserve is not going to raise rates again this year. Earnings for the fourth quarter were mostly solid. And if the trade war does end, then the profit picture could improve further.

What's more, economists are expecting another solid month of jobs growth when the employment report for February is released Friday.

Others argued that investors are just growing nervous for technical reasons, namely that some of the major market indexes have recently topped round number milestones, such as the Dow crossing 26,000 and the S&P 500 passing 2,800.

"We've tested some of those October and November highs," said William Delwiche, investment strategist with Baird. "It's purely technical and that's probably why we started to see a little loss of momentum."

But William Lynch, director of investments at Hinsdale Associates, summed up the mystifying midday move down best.

"I have no idea why stocks fell. I don't have a clue. I'm as perplexed as you are," he said.

Sometimes stocks just go down, especially after they've enjoyed a strong run. It's as simple as that.