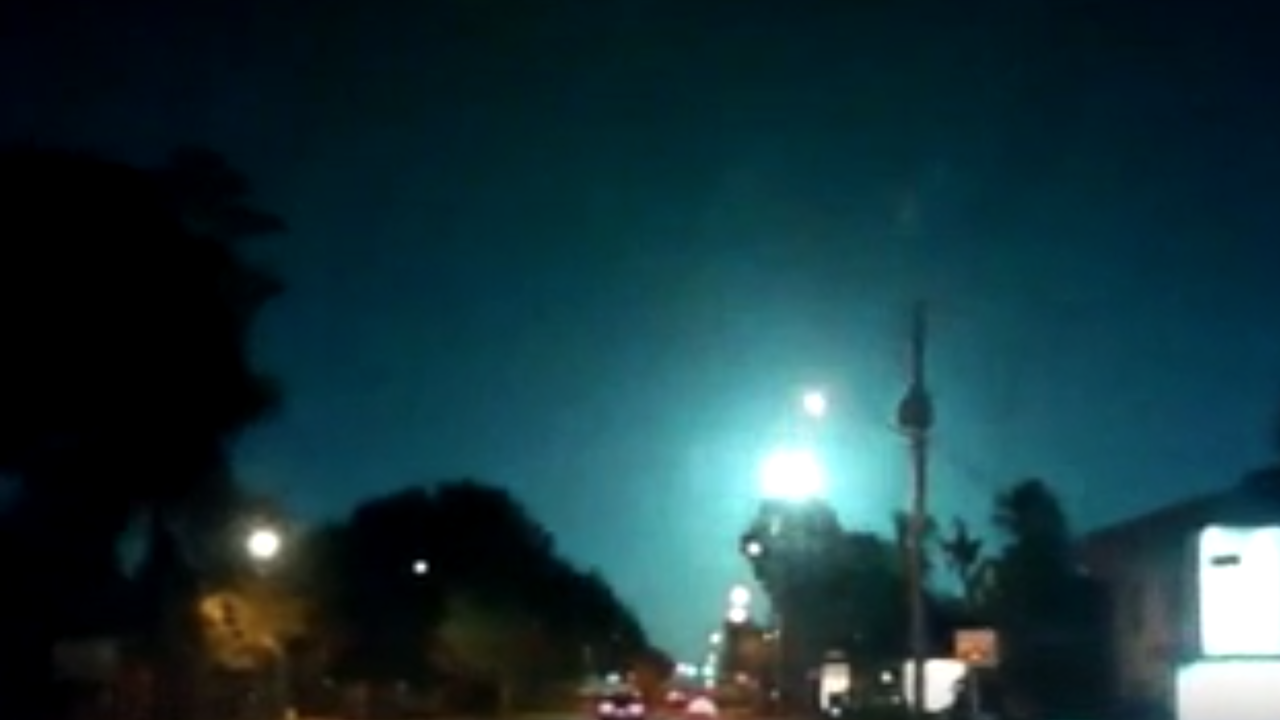 GAINESVILLE, Fla. — A meteor produced a brilliant green streak of light in the sky over northern Florida Saturday night, lighting up the region and delighting skygazers.

The streak of light was spotted around 11:52 p.m. local time, according to satellite imagery provided by the National Weather Service in Tallahassee. A dashboard camera in Gainesville caught a glimpse of the meteor, which appeared as a bright blue-green orb of light descending rapidly toward the horizon.

Two hours away in Crawfordville, a security camera didn't capture the meteor itself but showed just how brightly the meteor burned as it lit up a backyard. In an interview with the Tallahassee Democrat, one resident likened the meteor's brightness to stadium lights.

According to reports on social media, the meteor was also spotted in Alabama and Georgia.

It's not immediately clear if the meteoroid made contact with Earth or burned up before reaching the surface.