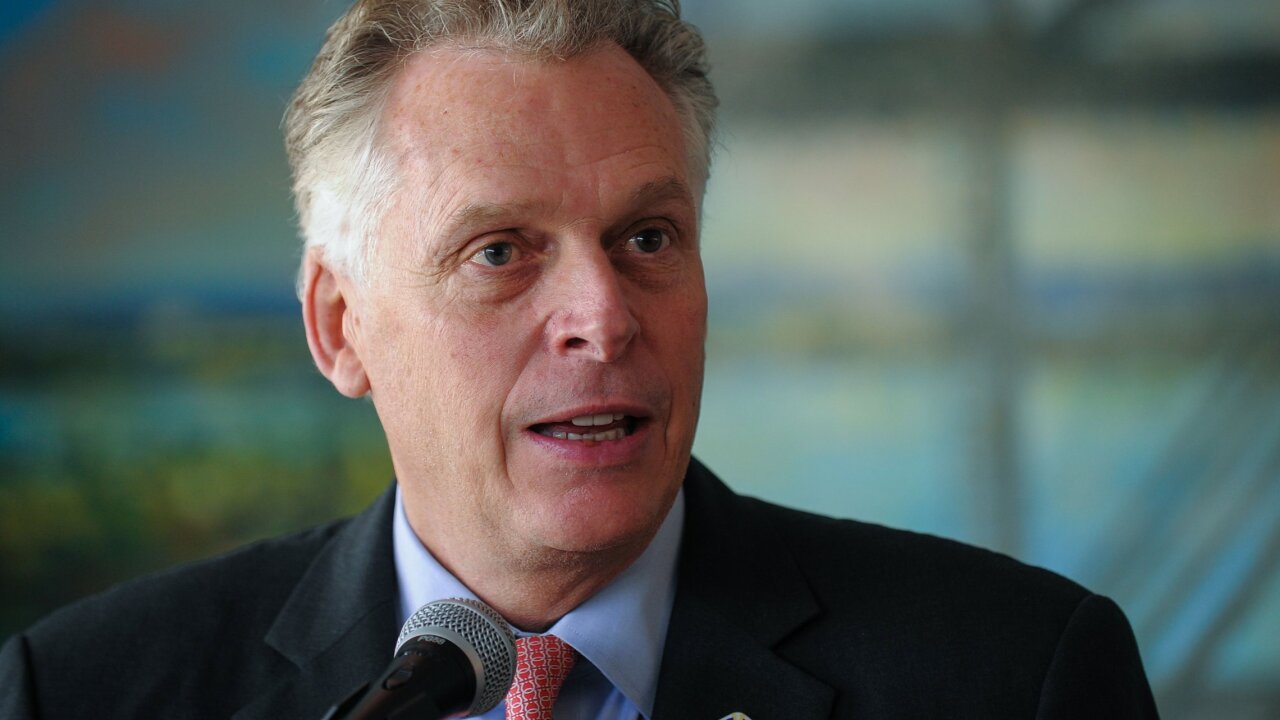 Former Virginia Gov. Terry McAuliffe will not run for president in 2020, he announced Wednesday.

"I've listened to the Virginians and I'm going to help Virginia for the next six months. I could spend eight months traveling around the country running for president, or six months really making a difference," the Virginia Democrat told CNN's Chris Cuomo during an exclusive interview on "Cuomo Prime Time."

His decision ends months of speculation around whether the Virginia Democrat would enter the 2020 field.

McAuliffe has been considering a bid for months, and Democrats close to the former governor told CNN in March that he was leaning toward running for president.

McAuliffe also teased a possible run earlier this month when he told a union audience in Washington that he was "very close" to making a decision.

"I will make my decision in a couple weeks," McAuliffe said.

At another point in his speech, he said, "If I were president of the United States," when speaking about an issue.

With the exception of Vice President Joe Biden, few in the field of potential Democratic candidates are more familiar than McAuliffe with the rigors of a presidential race. For nearly a quarter-century, he campaigned extensively in each race for Bill and Hillary Clinton and is a former chairman of the Democratic National Committee.

He also had a stable of Democratic donors ready to help fund a primary campaign, if he had decided to officially jump into the race.

McAuliffe believed, according to people close to him, that he could win in this Democratic environment and made clear to people he talked to that he feels the best person to beat Trump is someone who can attack his business record.

The former governor showed that earlier this month when, at the same union speech, he needled Trump's toughness.

"If I can wrestle an alligator, I can certainly wrestle Donald Trump," the McAuliffe boasted, retelling a story about how he once wrestled an alligator for a politician contribution."

But his campaign would also have come with baggage: Democrats and Republicans alike could have used his deep ties to the Clintons as a knock against him and his brand of liberalism, which is more pro-business and moderate than the base of the party.