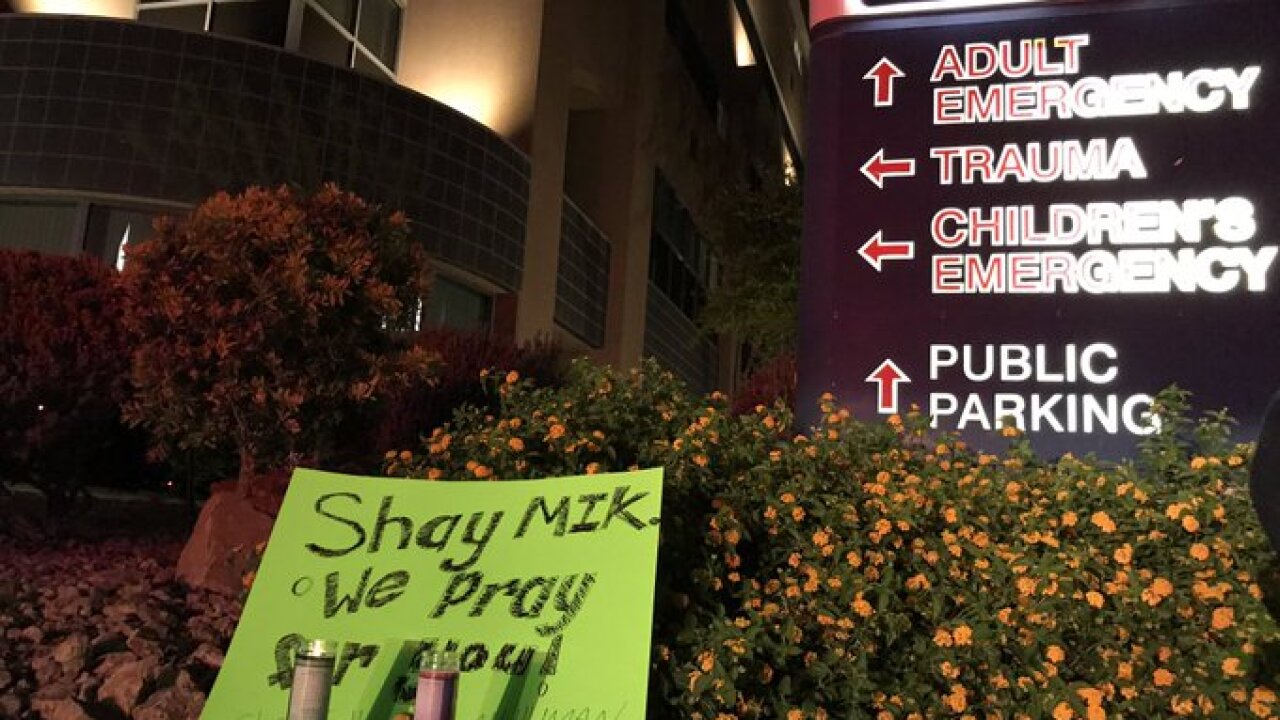 This is the @LVMPD Officer wounded last night near in the incident near @CircusVegas. Officer Shay Mikalonis remains in very critical condition at @UMCSN. The thoughts of #ClarkCounty are with him and his loved ones. #Vegas pic.twitter.com/brmJkHCVGR

The local community showed support throughout the day Tuesday for the officer, including many bringing flowers for a growing memorial.

NOW: a sign and some candles are here at @UMCSN for @LVMPD Ofc. Shay Mikalonis as he fights for his life after he was shot following violence after last night’s demostrations. @KTNV pic.twitter.com/1YtboppOLG

LVMPD Homicide Detectives said they responded to the scene and located video surveillance of the suspect firing a handgun at the officers as he walked down the street on Monday night.

Detectives say they tracked Samaniego to a motel located across the street from the shooting, where SWAT Officers responded and took Samaniego into custody.