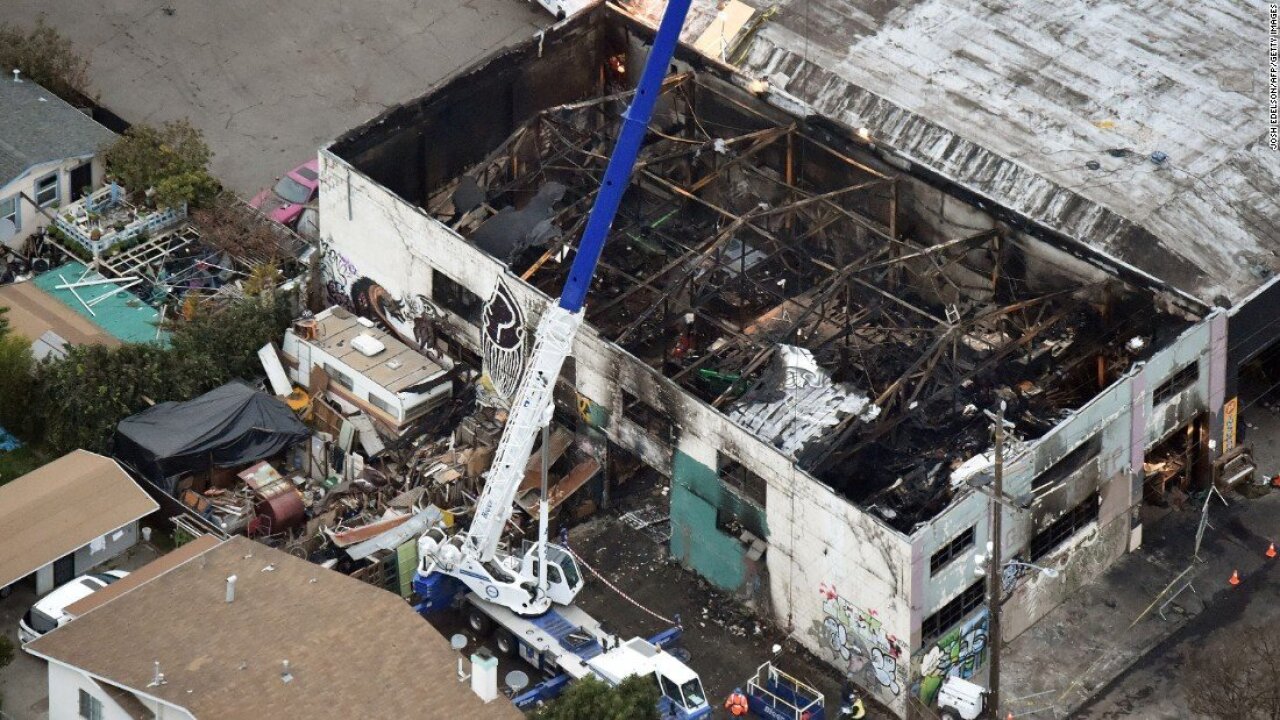 A jury has found Max Harris not guilty of involuntary manslaughter charges in the 2016 fire at Oakland's Ghost Ship warehouse, according to CNN affiliate KGO. The jury failed to reach a verdict for Derick Almena and a mistrial was declared.

Prosecutors alleged that Almena and Harris, who helped collect rent and acted as creative director for the art collective housed at the 10,000-square-foot facility, were responsible for the deaths resulting from the blaze.

Almena and Harris faced up to 39 years in prison had the nine-woman, three-man jury finds them guilty on all counts. Their trial began in May and deliberations began last month.

Almena, 49, and Harris, 29, allowed more than two dozen people to live in the dilapidated building, stacked large quantities of flammable materials from floor to ceiling and deceived officials and building owners, prosecutors said in announcing the charges two years ago.

They also held music parties there. The fire came during one such event -- an electronic dance party on December 2, 2016. Three dozen people died because they could not escape the building. One of the warehouse's exits had been blocked, and the building was missing important safety features, such as fire alarms, marked exits and sprinklers, according to authorities.

The defendants' attorneys countered that arsonists set the fire, which their clients could not have prevented, and they presented a witness who testified she heard a group of between 14 and 19 men congratulating themselves on starting the blaze, CNN affiliate KPIX reported .