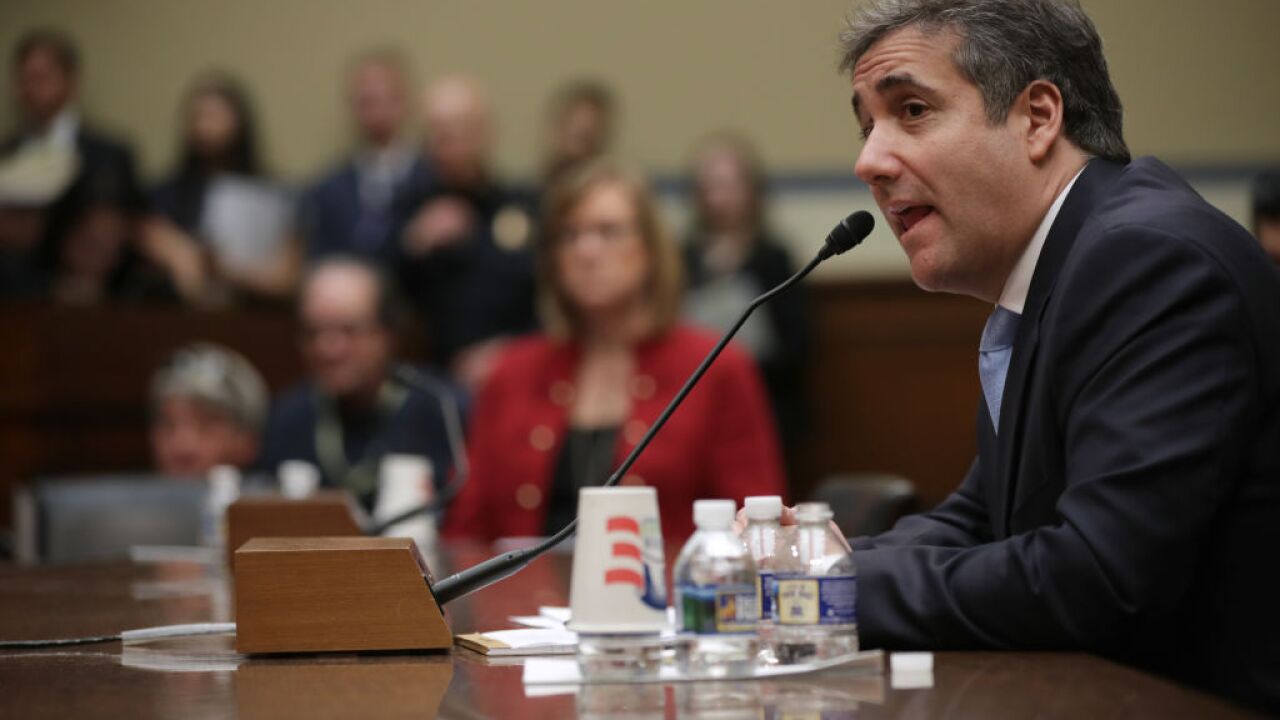 President Donald Trump's former lawyer, Michael Cohen, denied on Wednesday that he wanted a job at the White House after Trump was elected in 2016.

"I was extremely proud to be the personal attorney for the President of the United States of America. I did not want to go to the White House. I was offered jobs," Cohen claimed.

"I can tell you a story of Mr. Trump reaming out (former White House Chief of Staff) Reince Priebus because I had not taken a job where Mr. Trump wanted me to, which was working with (former White House Counsel) Don McGahn in the White House Counsel office," Cohen continued. "What I said at the time -- and I brought a lawyer in who produced a memo as to why I should not go in because there would be no attorney-client privilege -- and in order to handle some of the matters I talked about in my opening that it would be best suited for me not to go in and the every President had a personal attorney."

Priebus provided no comment to CNN regarding Cohen's claim.

Cohen, later in his testimony, told Congress that he saw with Trump and an attorney to discuss staying on as Trump's personal attorney following the inauguration.

"I did not want to go to the White House," Cohen reasserted. "I retained, I brought an attorney in, and I sat with Mr. Trump, with him for well over an hour, explaining the importance of having a personal attorney, that every president has had one in order to handle matters like the matters I was dealing with."

However, over the last year, sources have told CNN that Cohen wanted a job at the White House but was edged out by Trump's family.

Cohen was named personal attorney to the President in a bid to mollify him after he was not offered a position at the White House, sources familiar with the matter said. But there is no indication he performed any legal work for Trump after he was inaugurated and he was not a member of the legal team representing him in the special counsel's investigation.

Cohen on Wednesday provided Congress checks that were given to him over a "retainer" period, one of which was signed by Trump. But Cohen conceded that there was no retainer agreement for his legal services, and the retainer payments were, in part, reimbursements for payments to Stephanie Clifford, known also as Stormy Daniels, who was compensated as part of a hush agreement over an alleged affair between Daniels and Trump.

In addition, several people familiar told CNN that Cohen told associates he believed he could be named White House chief of staff. Cohen was crushed when he was not offered the job, which went to Priebus, the sources said.

CNN reported in May that Trump's daughter, Ivanka Trump and Trump's son-in-law, Jared Kushner, sought to keep Cohen away from a White House job, and he was rarely seen there following the inauguration. The proximity that Cohen initially had to Trump during the transition greatly weakened after Inauguration Day, multiple people told CNN at the time. One person described Cohen as having become "disenfranchised" in the early months of the Trump administration -- but that he nevertheless continued to portray himself as Trump's go-to guy.

The President's sons, Donald Trump Jr. and Eric Trump, also disputed Cohen's claim that he did not want a White House job.

"Michael was lobbying EVERYONE to be 'Chief of Staff.' It was the biggest joke in the campaign and around the office. Did he just perjure himself again?" Eric Trump asked on Twitter Wednesday morning.

"It really was the biggest joke of the entire transition. The beginning of his bitterness was when he realized that was never going to happen. #Delusional," he continued.