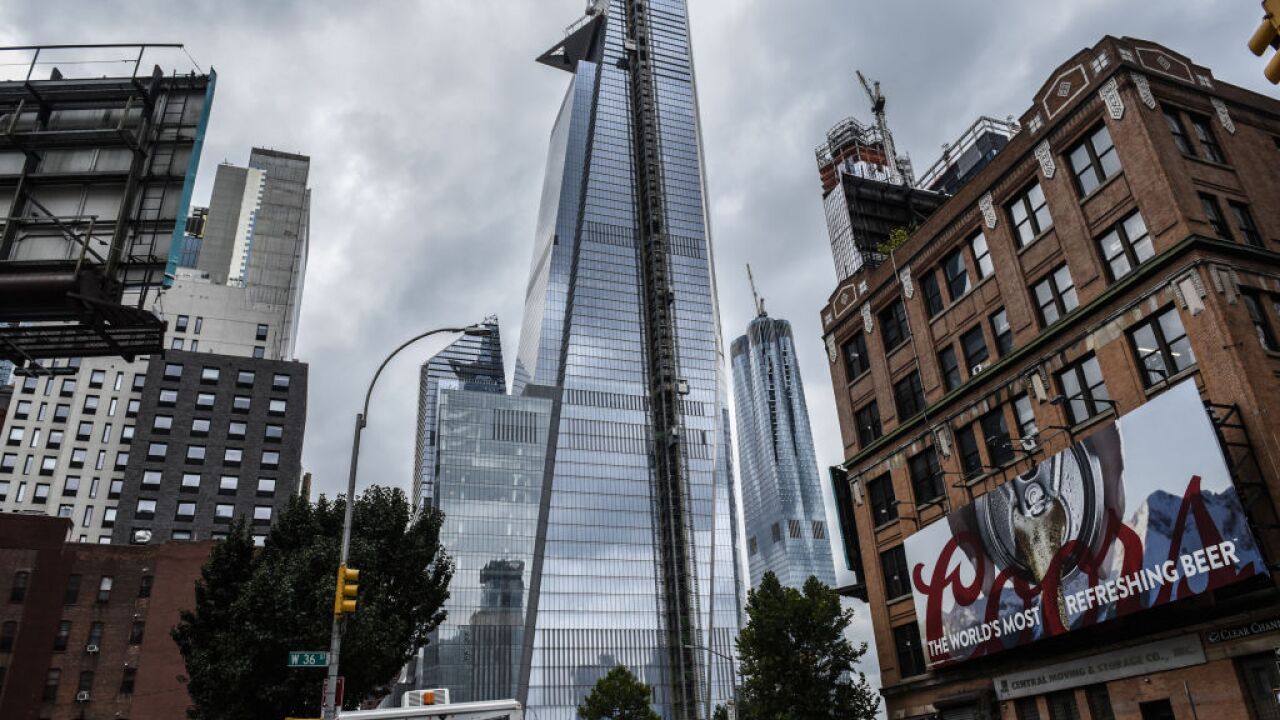 New York will soon have "the edge" when it comes to magnificent outdoor observation decks.

Already home to some of the most famous viewing spots in the world, the Big Apple is about to add another to its impressive collection.

Named Edge, the upcoming Hudson Yards observation deck is set to open next year, with incomparable views of the city skyline.

Standing at more than 1,100 feet, Edge will be the tallest outdoor observation deck in the Western Hemisphere and the fifth highest in the world.

The news is out! Edge is the name for the Observation Deck at Hudson Yards. Get on the list: https://t.co/9WxbE2QRJB #HelloHudsonYards #SeeYouAtHudsonYards pic.twitter.com/slbww1FguI

Seeing clearly: Edge, at 30 Hudson Yards––set to be one of the highest observation decks in the world––will offer unparalleled views of New York, and beyond! (📷 Adrian Gaut) #HelloHudsonYards #SeeYouAtHudsonYards pic.twitter.com/MhPetGZwfT

After hopping on an elevator for 60 seconds, visitors will arrive at the 7,500-square-foot outdoor viewing area, which extends 65 feet from the 100th floor of the new 30 Hudson Yards tower and includes a glass floor, offering visitors a bird's-eye view of the city.

Edge also holds a signature 10,000-square-foot restaurant as well as a bar and event space.

While a launch date hasn't been announced as yet, group bookings are opened for the first quarter of 2020.

"Edge invites visitors to walk out into the sky and embrace unobstructed, panoramic views of New York City like never before," says Jason Horkin, executive director of Hudson Yards Experiences.

"The name reflects both the unique structural design, which pierces the sky when observed from below, and the exhilarating feeling of being on the brink of something exceptional -- exactly where you are on edge."

The 30 Hudson Yards tower was designed by William Pedersen of Kohn Pedersen Fox Associates as part of Manhattan's newest neighborhood Hudson Yards.
Built over 28 acres of a working rail yard on Manhattan's west side, Hudson Yards is the largest ever privately built real estate project in the US, with a cost of around $28 billion.

The complex will also include more than 100 shops and restaurants; The Shed, a cultural and performing arts venue and a public square and gardens.

WarnerMedia, including CNN, is one of Hudson Yards' upcoming tenants.