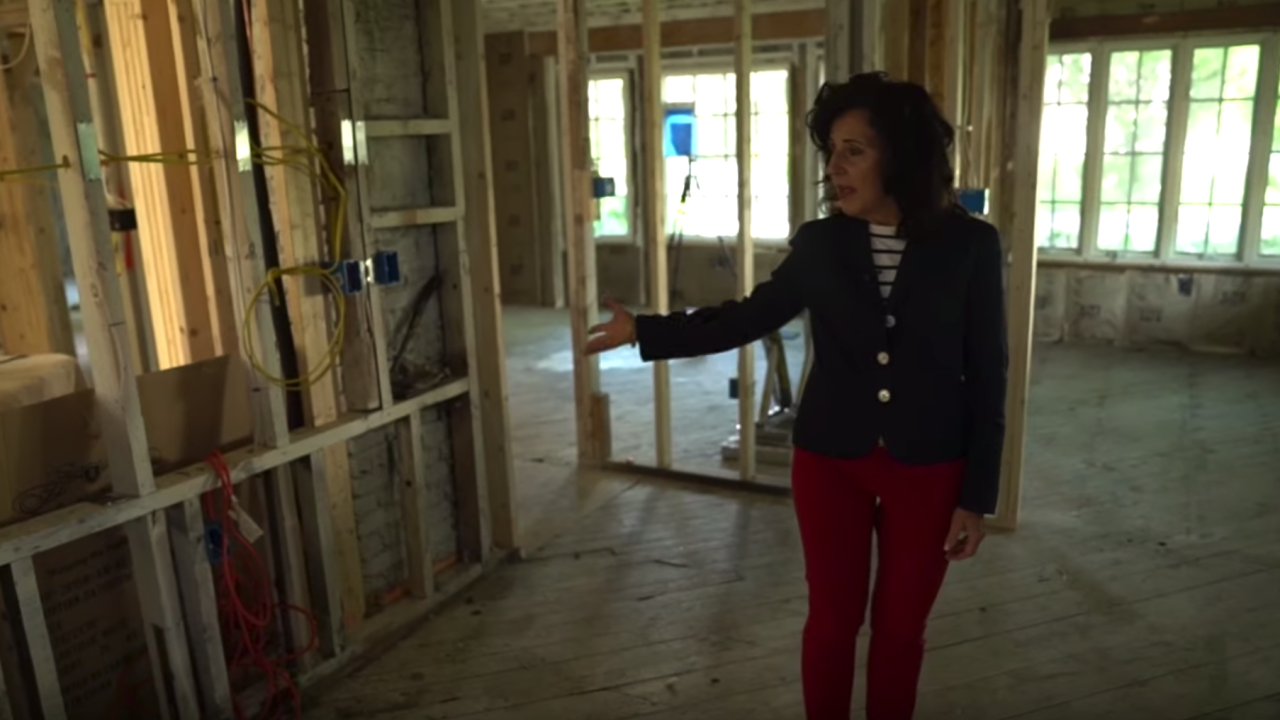 Homeowners in the Merrimack Valley region of Massachusetts continue construction on their homes after over-pressured gas lines ruptured last September, killing a man and destroying five homes. More than 130 additional homes were damaged.

Smedile let our 360-degree camera inside. Take a virtual tour of the damage beginning in her basement below. Use your mouse to navigate the home. Hover over any of the colored circles to learn more about the area.

According to the National Transportation Safety Board’s report , a series of explosions on gas lines owned by Columbia Gas began around 4 p.m. on September 13, 2018 in residential homes in Andover, North Andover, and Lawrence, Massachusetts, communities north of Boston.

Leonel Rondon, was killed when the explosion caused a chimney to collapse on his SUV while he was inside. Almost two dozen others were injured.

According to former North Andover Town Manager Andrew Maylor, residents described "blow torch-like” flames lighting fire to anything nearby in their homes.

Smedile was one of the residents whose home was deemed unlivable after flames ignited storage boxes close to her water heater, later engulfing the rest of her home.

Explore the first floor reconstruction of Smedile’s home below. Use your mouse to navigate the home. Hover over any of the colored circles to learn more about the area.

The NTSB’s initial report summarizes that while ongoing construction on older pipes required gas lines to be closed, improper adjustments were made to maintain proper pressure.

“The regulators opened completely when they no longer sensed system pressure, allowing the full flow of high-pressure gas to release into the distribution system supplying the neighborhood,” read the report.

Columbia Gas declined to answer how the explosions occurred due to an ongoing NTSB investigation, but they said they’ve replaced nearly 44 miles of gas lines and resolved over 97 percent of the claims.

According to Maylor, in the weeks following the explosions, up to 8,000 people were displaced and lived in more than 300 RVs in the area.

Smedile described how the community came together to help each other.

“I try not to cry about the house because its just stuff, but what people did to help us and this community, to my family personally, the fire departments, the police departments and even the Columbia Gas, they came from everywhere, Texas, to try and get us back up," Smedile describes. "What they did for their fellow man was just remarkable, and that’s the one thing that makes me cry still.”