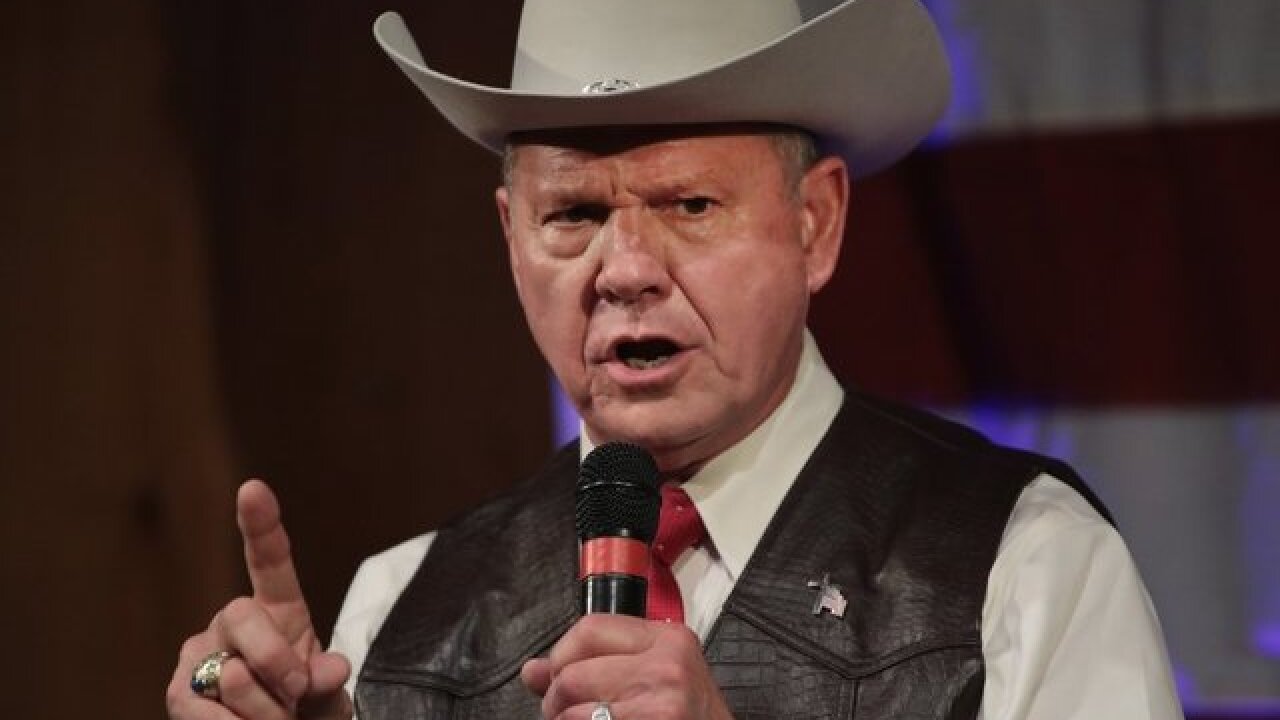 The Republican National Committee has withdrawn from a joint fundraising agreement with Roy Moore, according to a Federal Election Commission filing posted Tuesday, as the GOP establishment continues to break ties with the Alabama Senate candidate.

The National Republican Senatorial Committee was the first to drop itself from the agreement, which benefits Moore's campaign, ending its participation last Friday, according to FEC filings.

The Alabama Republican Party and Moore's official senatorial campaign are now the only two entities listed on the joint fundraising agreement. This is the latest step by the Republican Party establishment to distance itself from Moore following accusations by women who said that Moore pursued relationships with them when they were teenagers and while he was in his 30s.

One woman said she was 14 years old when Moore initiated sexual contact with her. On Monday, a separate Alabama woman alleged Moore sexually assaulted her when she was a teenager, and described her experience at a news conference, represented by attorney Gloria Allred.

The RNC did not immediately return requests for comment.

In light of the accusations, dozens of Republicans have spoken out against Moore, with a growing number demanding that he withdraw from the Senate race.

Testifying during a Senate hearing Tuesday, Attorney General Jeff Sessions -- whose open Senate seat Moore is running to fill -- added that there was "no reason for him to doubt" the women who have spoken out.