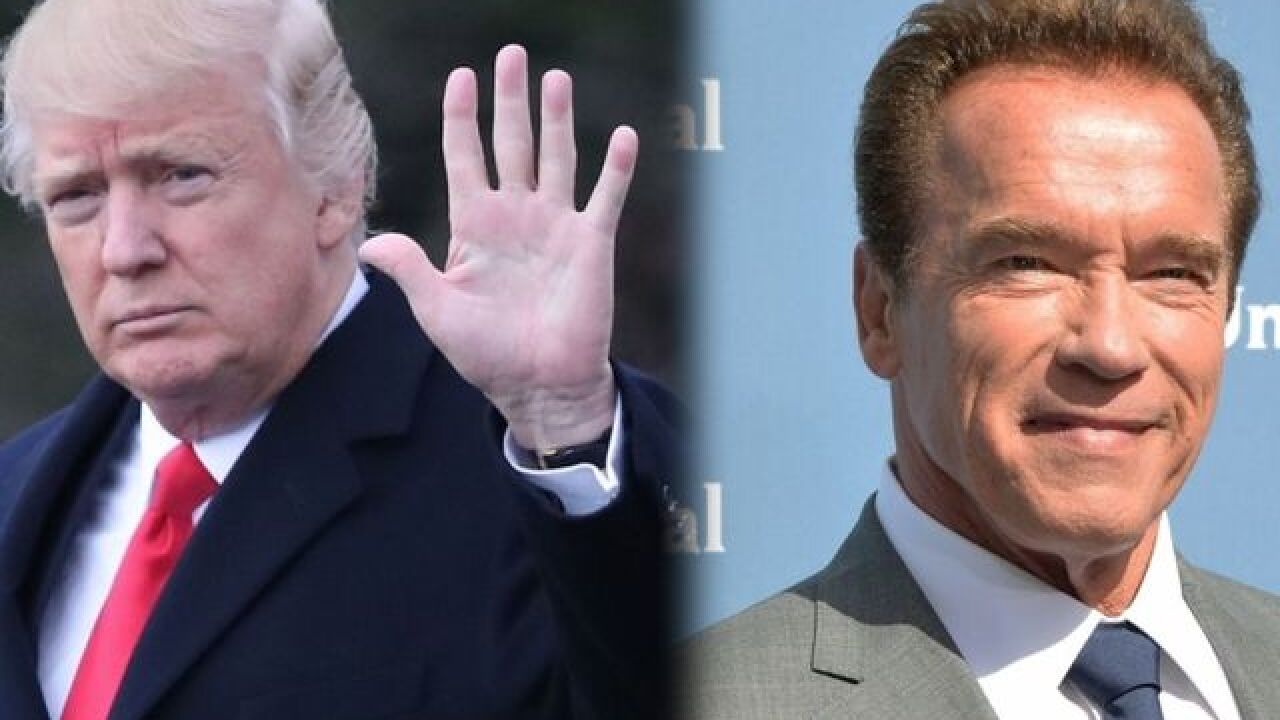 "For 48 years -- since one of my heroes, then-Gov. Ronald Reagan, requested it -- California has had a waiver from the federal government to clean our own air," Schwarzenegger tweeted Thursday. "If the President thinks he can win this fight, he's out of his mind."

The administration also proposed a withdrawal of California's Clean Air Act pre-emption waiver. California and about a dozen states follow its rules account for about a third of all the passenger vehicles sold in the United States.

In his tweet, Schwarzenegger described the proposal as a "stupid, fake-conservative policy announcement that no one asked for."

California has, for decades, had a waiver allowing it to set its own emissions standards because the state had distinct air quality issues. In 2007, a federal court allowed California to regulate greenhouse gas emissions, in particular carbon dioxide.

This is not the first time Schwarzenegger has taken jabs at the President.

In a video uploaded to Facebook by media company ATTN: in June, Schwarzenegger references his popular "Terminator" movie role to mock what described as efforts to "save an industry that is poisoning the environment."

He also compared Trump's attempt to "rescue the coal industry" to rescuing other relics from America's past, like Beanie Babies, beepers and Blockbuster.

He has also spoken out against Trump's "zero-tolerance" policy for illegal border crossings, which has led to children being separated from their parents.

"As an immigrant, I know the magnetic power of America's greatness," Schwarzenegger tweeted on June 19. "As a former border Governor, I know the importance of securing our border and fixing our absurdly broken immigration system. As an American, I know that kids shouldn't be pawns while the 'adults' figure it out."

He has also advocated for Ohio Republican Gov. John Kasich making a second run for the Oval Office.

In an interview with CNN in March, Schwarzenegger said the GOP is "dying at the box office" by not having more inclusive messages and policies.