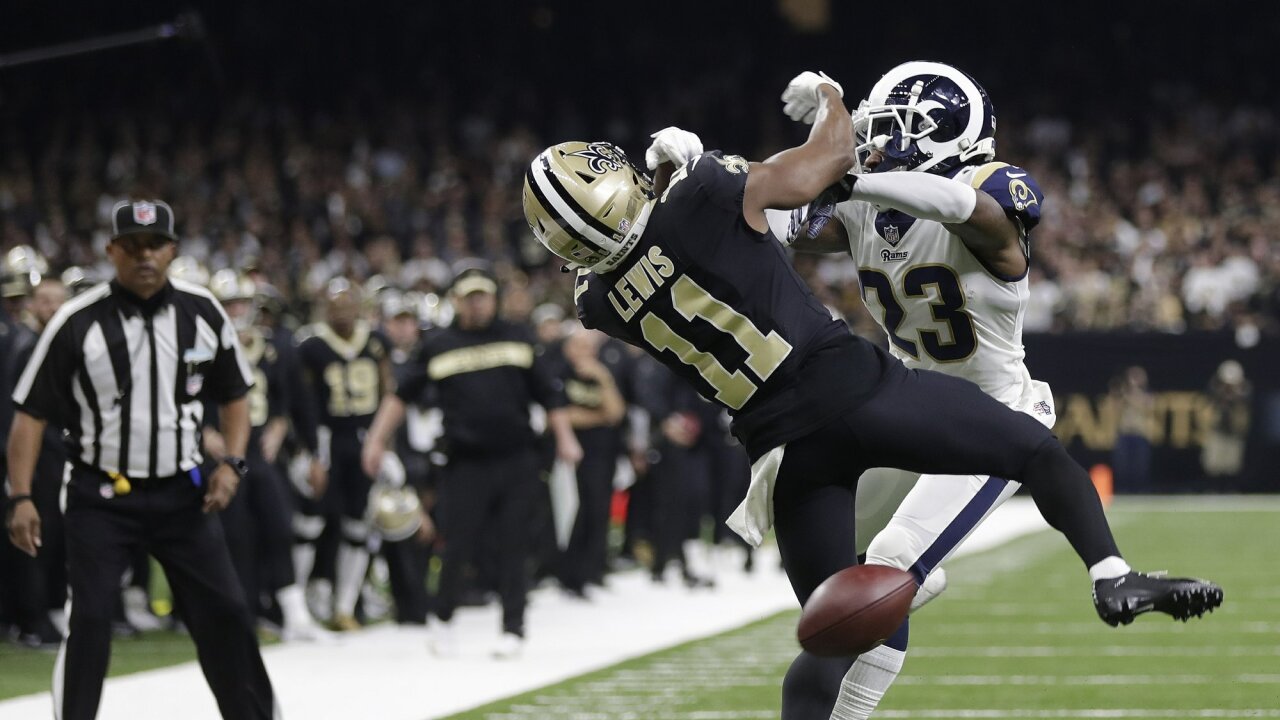 ATLANTIC CITY, N.J. (AP) — A sportsbook in New Jersey is refunding bets on the New Orleans Saints due to the widespread belief that the team was victimized by a blown call by referees during its loss Sunday in the NFC championship game.

PointsBet said Monday it will refund spread and money-line bets on the Saints, who lost the game after officials failed to call a penalty on a Los Angeles Rams defender who leveled a New Orleans receiver long before the ball arrived.

Rams cornerback Nickell Robey-Coleman acknowledged after the game he should have been flagged for a penalty.

“Came to the sideline, looked at the football gods and was like, ‘Thank you,’” Robey-Coleman said. “I got away with one tonight.”

The Rams went on the win the game and eliminate New Orleans from the playoffs.

The company announced what it calls a “Good Karma Payout” due to an unlikely event that swayed the result of a game.

PointsBet did not say how much the refunds will cost the company.

The Rams advanced to the Super Bowl, where they will play the New England Patriots.

The move is the latest attention-grabbing payout by a New Jersey sports betting operator as numerous firms vie for market share and attention in the fast-growing market.

In December, FanDuel paid off all bets on Alabama to win the national college football championship more than a month before the game was played. Alabama was routed when the game actually happened, losing to Clemson 44-16.

The same company also paid $82,000 to a New Jersey man who, due to an equipment glitch, was promised a wildly inflated payout on a football bet that should have returned only a meager payout.