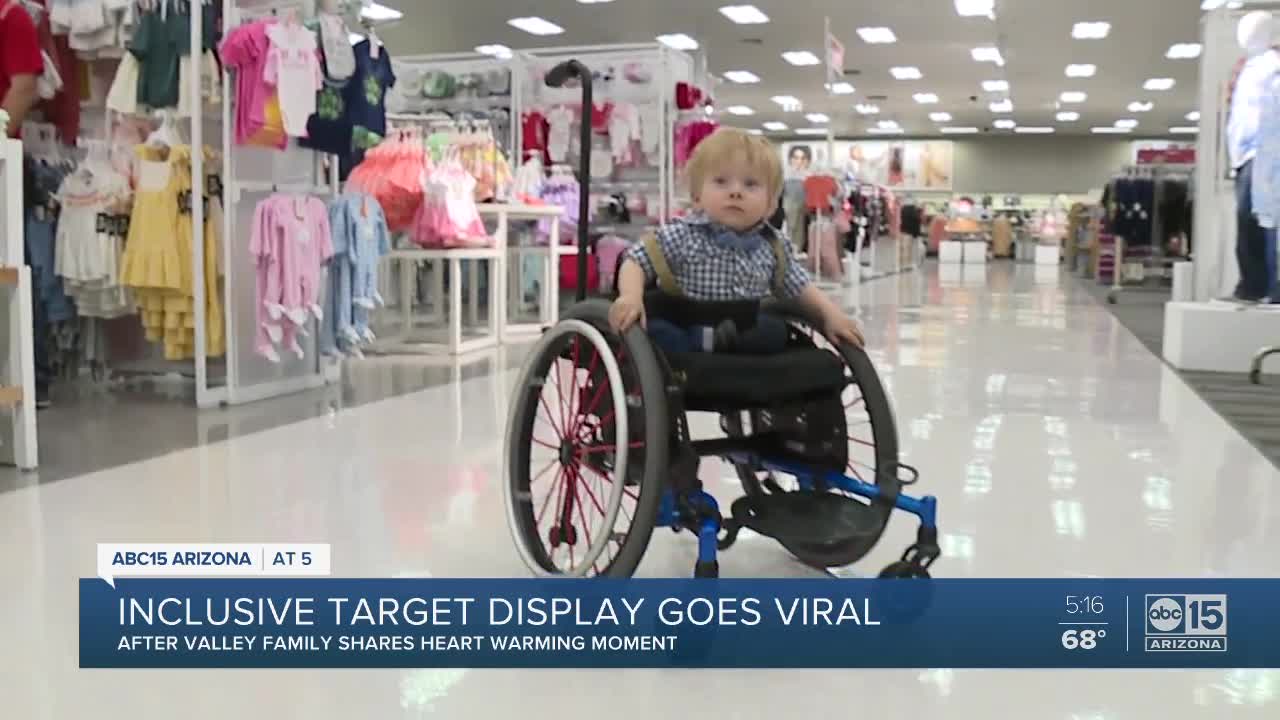 Many fashion brands are working to become more inclusive in their advertising and it's making a difference for even the tiniest members of our society. 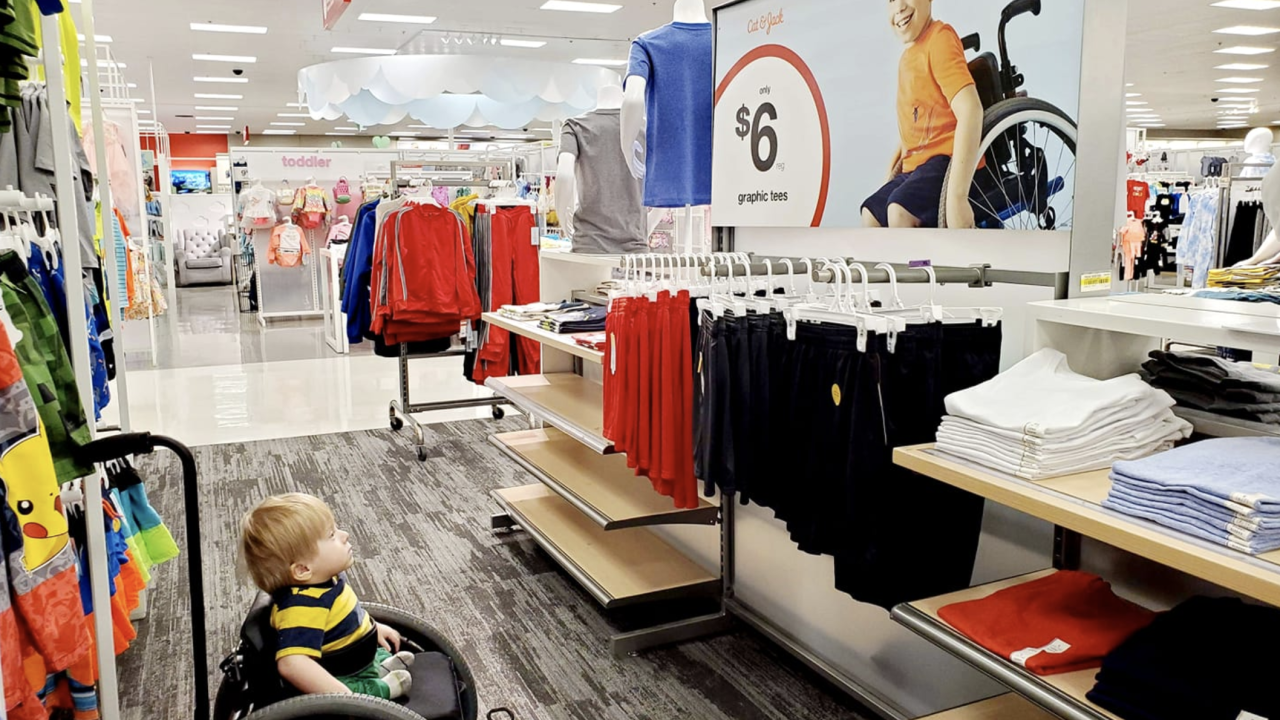 PEORIA, Ariz. -- Many fashion brands are working to become more inclusive in their advertising and it's making a difference for even the tiniest members of our society.

A photo of a young boy noticing the diversity inside a Target store in Peroia, Arizona, is making rounds on the internet with a sweet message.

Oliver Garza Pena, who is almost 2 years old, was shopping with his mother earlier this week when he noticed a clothing brand sign featuring a model with a wheelchair.

"He just stared at it in awe! He recognized another boy like him, smiling and laughing on a display at Target," the post on Ollie's World Facebook page says. "Oliver sees kids every day, but he never gets to see kids like him."

Pena has a condition called Caudal Regression Syndrome, which is a rare condition that affects development of the lower spine and can impact organ function.

"I am so happy that other kids that pass through here with their parents, will see this!" Ollie's World says. "There is a lot of focus on representing diversity, but representing people with disabilities is just as important!"

"It was just a beautiful moment to see. Him admiring somebody like him because he doesn't get to see that often," said Demi Garza-Pena, Oliver's mom.

She says she hopes the effect of this encourages other stores to step forward on similar initiatives.

"It's what we live for, what we love to see that kind of backing and see that support not only for Ollie but just the things Target's been doing," said Luca Bakemeier, the Target Store Director.

This story was originally published by Ashley Loose at KNXV.