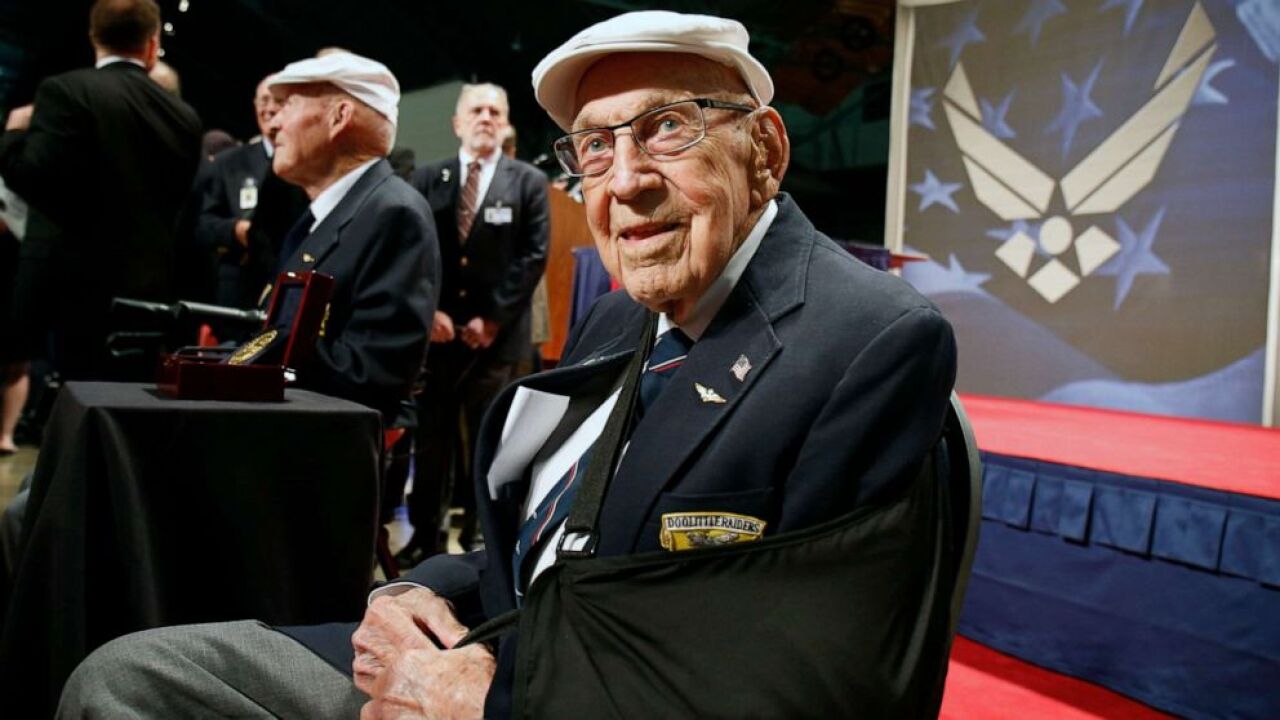 Goldfein said that he'd received a call Tuesday from Cole's son that the World War II veteran had "reunited with his fellow Raiders." 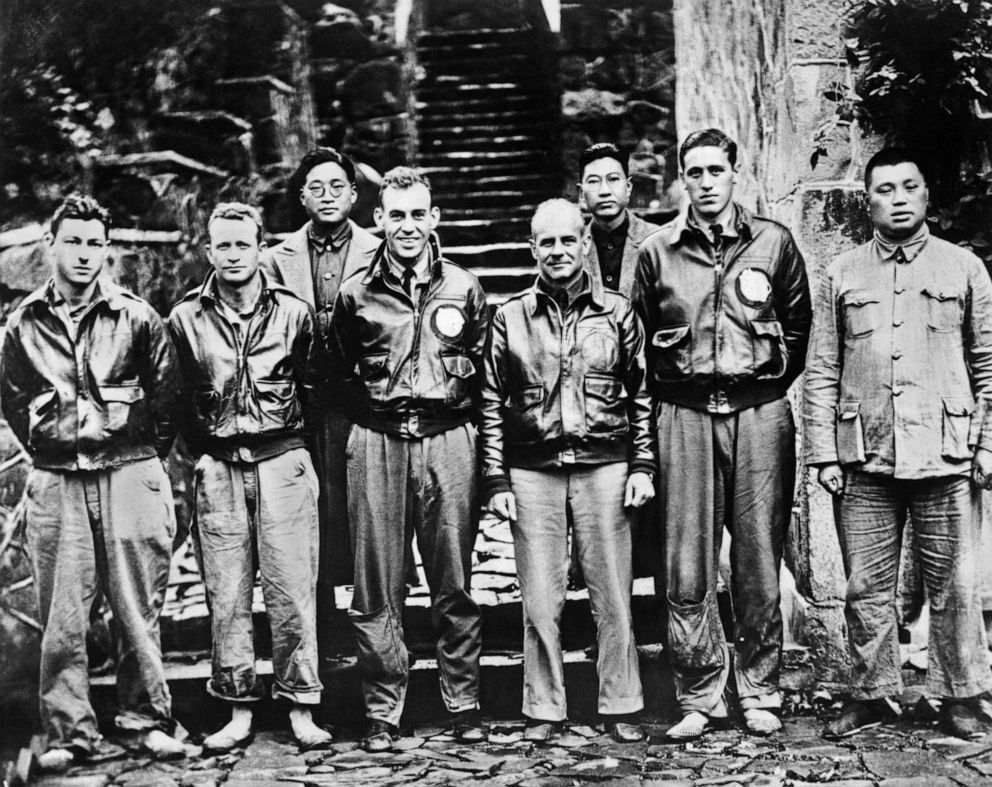 Goldfein, who was speaking at the 35th Space Symposium in Colorado Tuesday afternoon, said he'd visited Cole in the hospital Monday night.

Cole was born in 1915 in Dayton, Ohio. He attended two years of college at Ohio University before enlisting as an aviation cadet on Nov. 22, 1940. He was commissioned as a second lieutenant in July 1941. He was on a training mission in Oregon when word came that the Japanese had attacked Pearl Harbor.

In early 1942, Cole volunteered for "Special Mission Number 1," according to an Air Force news release. He trained at Eglin Air Field and on April 18, 1942 served as then-Lt. Col. James H. Doolittle's copilot during a raid on Tokyo.

"Everyone wanted to go on that mission," Cole said in the news release.

In the raid, 16 American B-25 bombers launched from the USS Hornet to attack the Japanese mainland. After dropping their bombs on their targets, the Raiders headed back out across the East China Sea, but one by one, the pilots had to ditch their aircraft because of low fuel. The plan was originally for the bombers to land and refuel before the attack, but they spotted by a Japanese patrol boat and decided to skip the refueling in case the Japanese were alerted to their flight.

Some of the planes were ditched at sea. Cole was among several pilots who ditched their aircraft in China. He parachuted to safety, but was tangled in a tree. He was able to cut himself down by the morning, took out his compass and started heading west, because he said in 2014 that the Raiders knew if they walked west they would be getting away from Japanese-occupied territories. In the late afternoon, he found a small camp of Chinese Nationalist guerrillas, U.S. allies, and made contact. 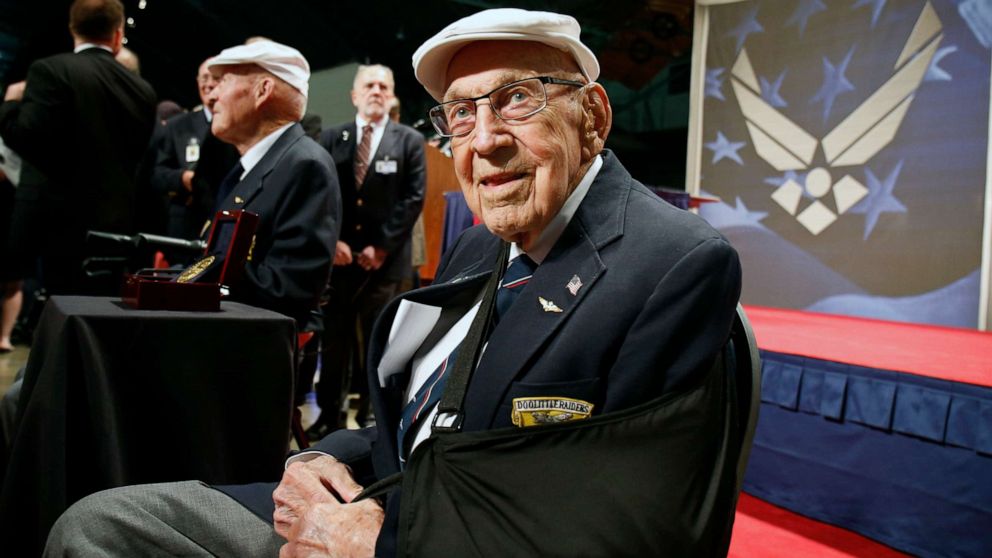 Cole went on to join the 1st American Volunteer Group, referred to as the "Flying Tigers." He spent 14 months flying with the Tigers before returning to the U.S. A few months later, he was back with the 1st Air Commando Group to fight the Japanese again.

"We invaded Burma with gliders; built a couple of airfields behind Japanese lines… that was the beginning of the march from northeastern India, by the ground forces, to retake Burma. Which they did," he said in 2014.

After World War II, Cole continued his Air Force career and was stationed in Tokyo during the Korean War.

In 1966, Cole retired. He had more than 5,000 flight hours in 30 different aircraft, flew more than 250 combat missions and had more than 500 combat hours, according to the Air Force. His decorations include the Distinguished Flying Cross with two oak leaf clusters and the Bronze Star medal.

"I became a citrus farmer," Cole said in a 2014 Air Force news release.

He formed a company with another Air Force veteran and they raised oranges, grapefruit and avocados in Texas. 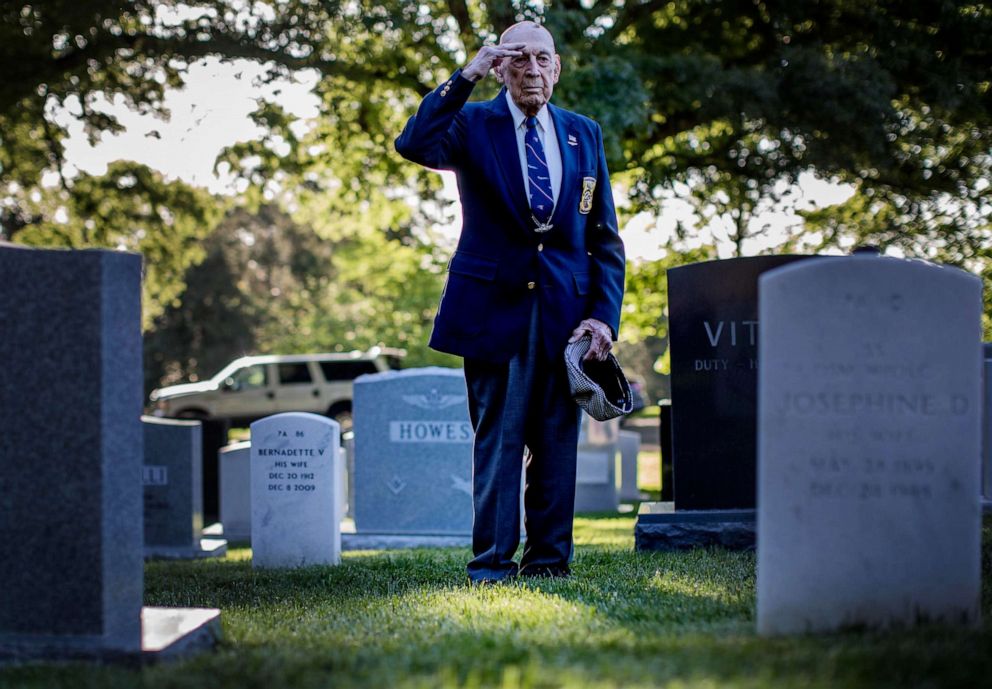 In 2014, President Barack Obama signed the law awarding Cole and three other living Doolittle Raiders the Congressional Gold Medal in a ceremony at the White House. The medal -- the highest civilian recognition Congress can bestow -- was presented to the Doolittle Raiders on April 15, 2015 at the U.S. Capitol.

Cole frequently attended Air Force events in the San Antonio area, toured Air Force installations and in 2016, he was present during the naming ceremony for the Northrop Grumman B-21 Raider, named in honor of the Doolittle Raiders.

He also regularly attended Raider reunions, which started in 1945 and ended in 2013 after only three of the last four survivors could attend. They drank 117-year-old cognac from silver goblets. The cognac commemorated Doolittle's birth year and had been passed down by Doolittle for that occasion. Each goblet was engraved with a Raider's name on it twice. The second name was upside down and the goblets of the deceased were turned upside down.

"My heart goes out to his friends and family as our Air Force mourns with them," Air Force Secretary Heather Wilson said in a statement. "We will honor him and the courageous Doolittle Raiders as pioneers in aviation who continue to guide our bright future."