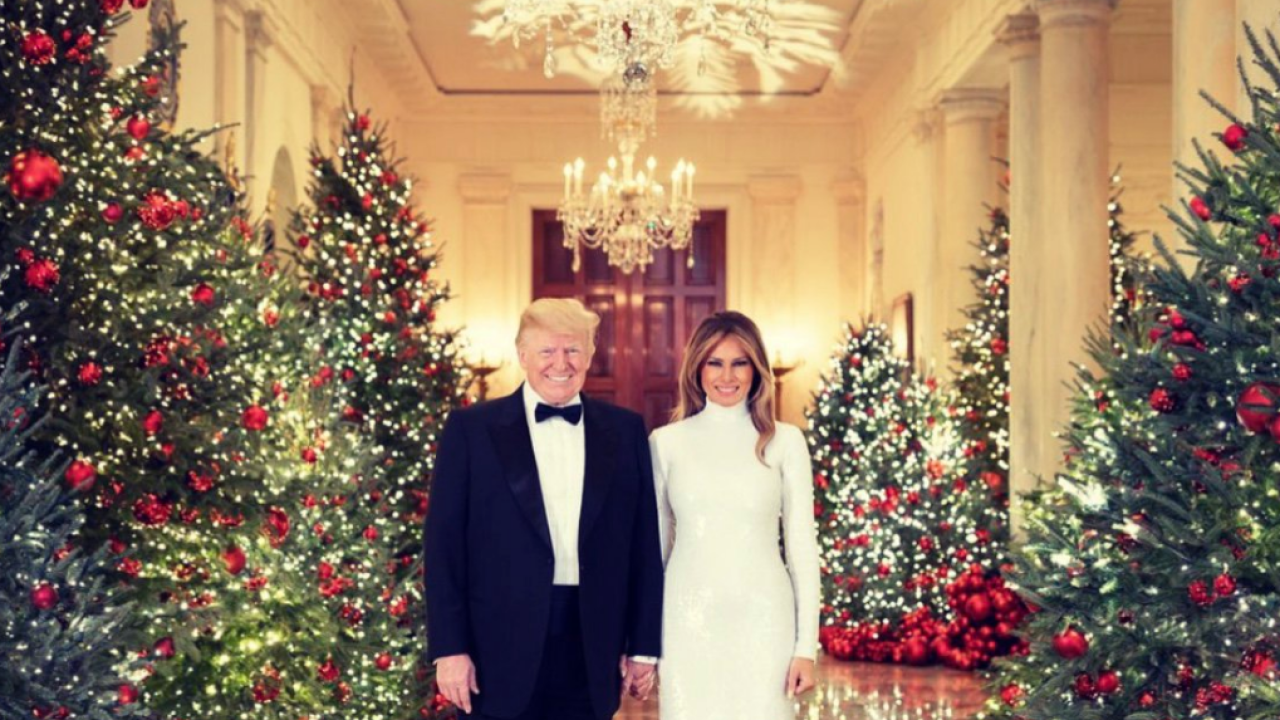 According to the caption, the photograph was taken on Saturday, Dec. 15, in the Cross Hall of the White House.