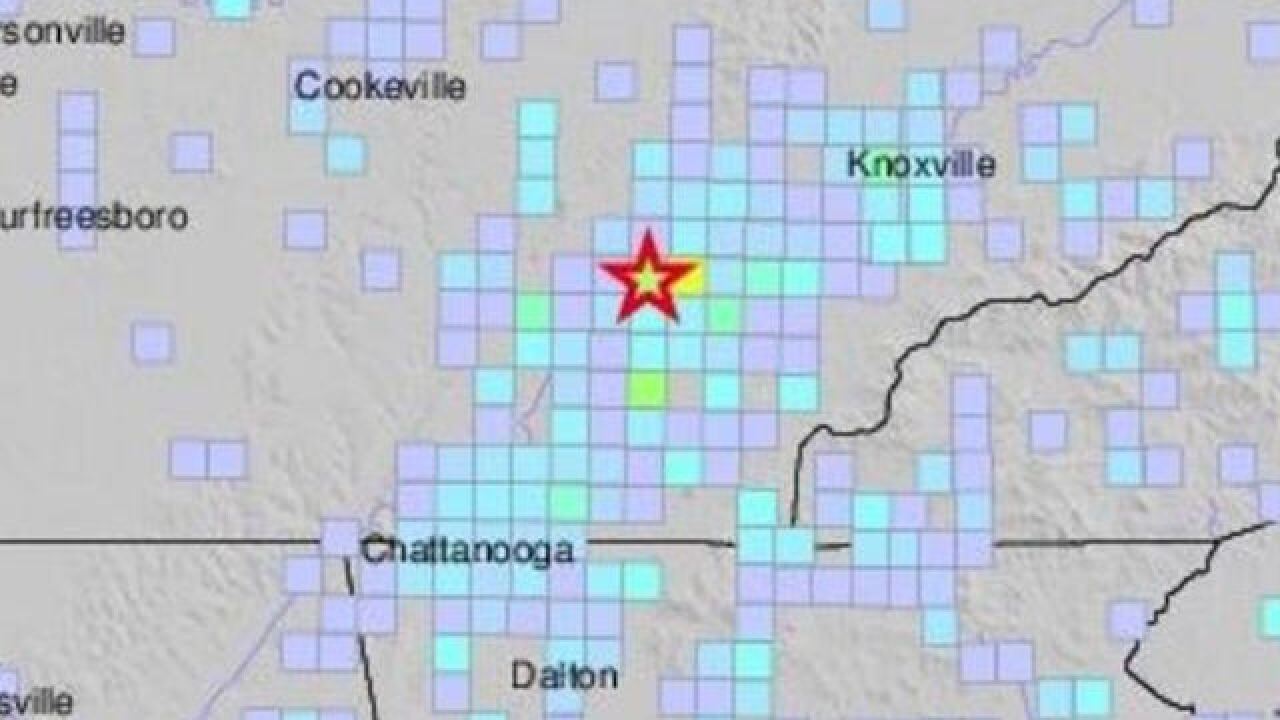 Copyright 2018 Scripps Media, Inc. All rights reserved. This material may not be published, broadcast, rewritten, or redistributed.
Davison, Bethany

According to the USGS Intensity map, as of 3:45a.m., more than 2000 people reported feeling the earthquakes across Tennessee, North Carolina, Alabama, and Georgia.

Some people reported feeling weak shaking in areas of Middle Tennessee, like Hendersonville, Cookeville, and Murfreesboro.

According to the National Weather Service office in Morristown, the largest earthquake on record in East Tennessee was a magnitude 4.7 near Marysville in 1973.

The USGS studied the reason why earthquakes are felt at much farther distances on the east coast, compared with earthquakes that hit the west coast. Researchers found that some factors have to do with tectonic plates and their geological history. The east coast has older rocks, which researchers said allow seismic waves "to cross them more effectively during an earthquake."