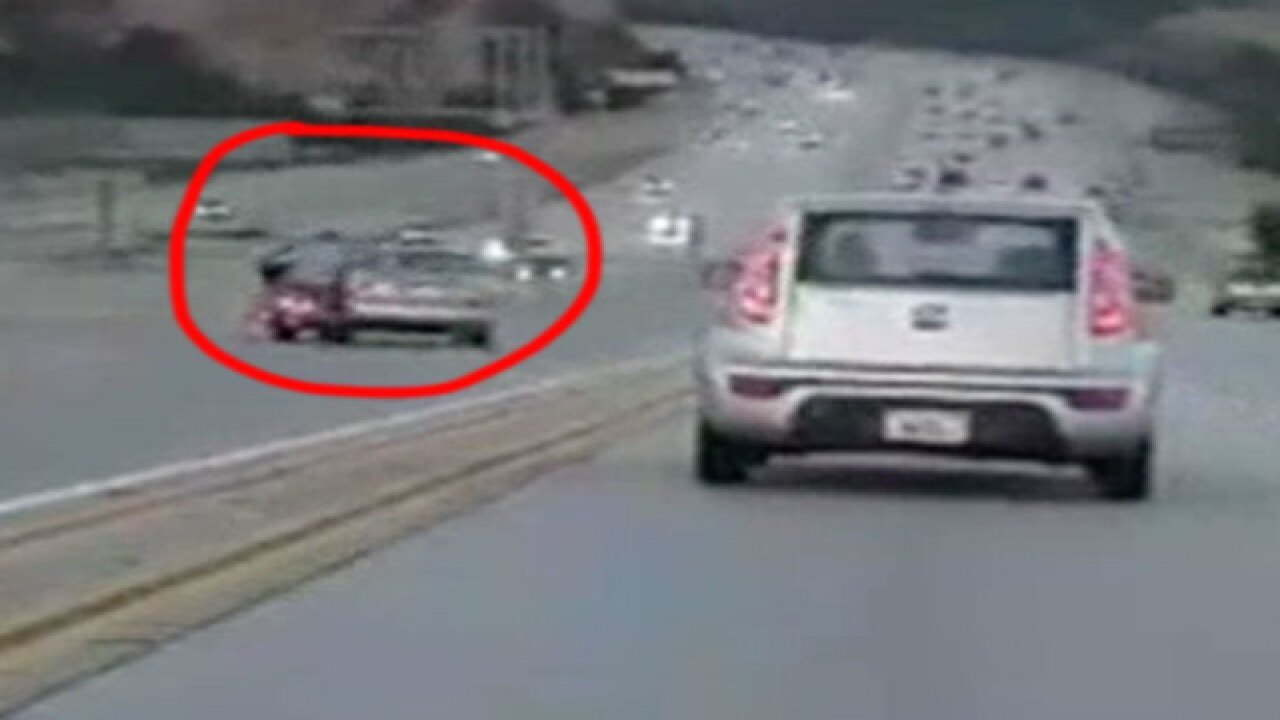 Road rage between a motorcyclist and another driver in California set off a terrifying chain-reaction crash that was caught on tape.

KNBC-TV reported that the incident occurred in Santa Clarita, sending an innocent person to the hospital Wednesday.

The crash occurred before 6 a.m. on the southbound 14 freeway.

Video shows a motorcyclist kicking the door of a sedan, causing it to slam into a truck that flipped several times before landing on its roof.

The driver of the truck was the only person injured.

The KNBC-TV report said the person who recorded the video immediately turned in the footage to California Highway Patrol.

Officials are still looking for the biker in the video.