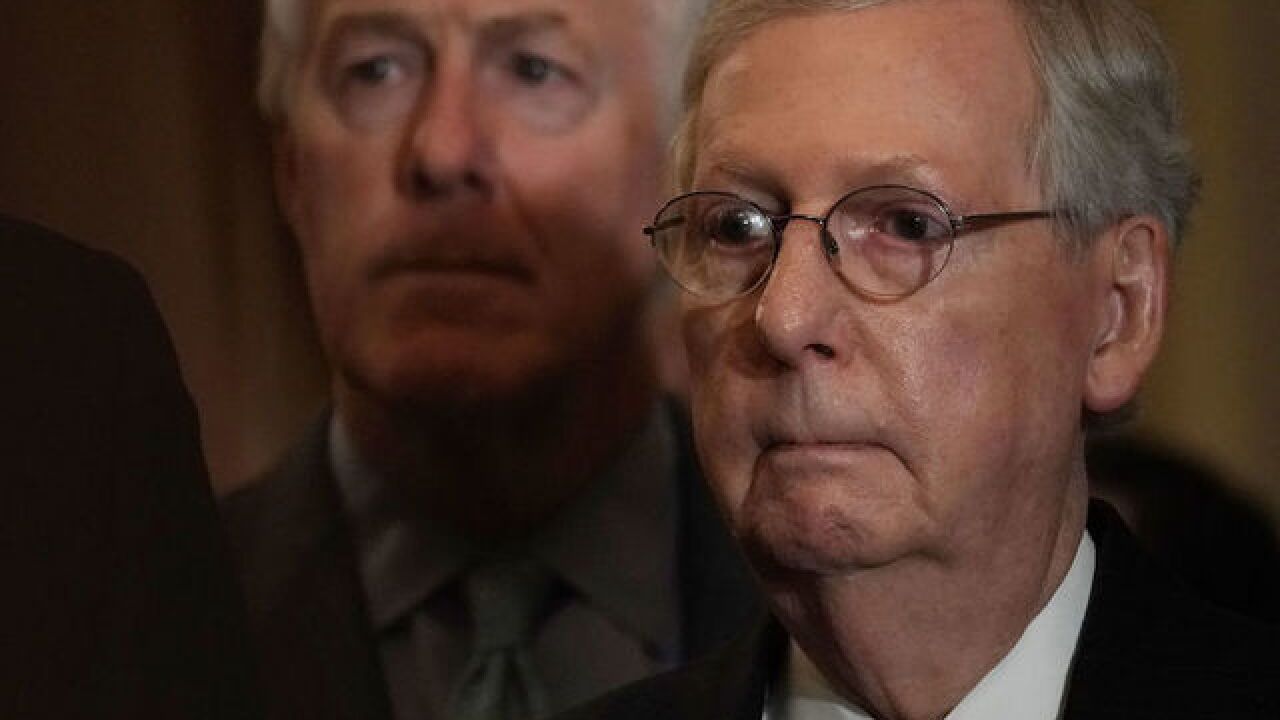 Senate Majority Leader Mitch McConnell was confronted at a restaurant in Kentucky on Friday, according to CNN affiliate WLKY.

According to WLKY, McConnell, a Republican representing Kentucky, was dining at Havana Rumba in Louisville, Kentucky, with his wife, Transportation Secretary Elaine Chao, when a group of men approached the couple.

"Why don't you get out of here? Why don't you leave the entire country?" one of the men yelled at McConnell, WLKY reported.

McConnell's office did not immediately return CNN's request for comment, but McConnell's press secretary Stephanie Penn told WLKY that, "The leader and Secretary Chao enjoyed their meal in Louisville last night and they appreciate those who spoke up against incivility. They hope other patrons weren't too inconvenienced by left-wing tantrums. As the leader often says, the Senate will not be intimidated by the antics of far-left protesters."

WLKY also reported that McConnell's to-go box was tossed out the door of the restaurant.

"We deeply regret the incident that took place at our restaurant this weekend," the restaurant said in a statement to WLKY. "We strongly believe everyone should feel welcome and safe in our restaurants. It was Friday night in the middle of the rush and our staff was caught off guard as the incident developed quickly. Once we were aware of the situation we acted quickly and efficiently to assure that everyone was safe."

This is not the first time this year McConnell has been approached by protesters. In July, McConnell was followed to his car by hecklers outside a Louisville restaurant.

The Friday confrontation was first reported by TMZ.