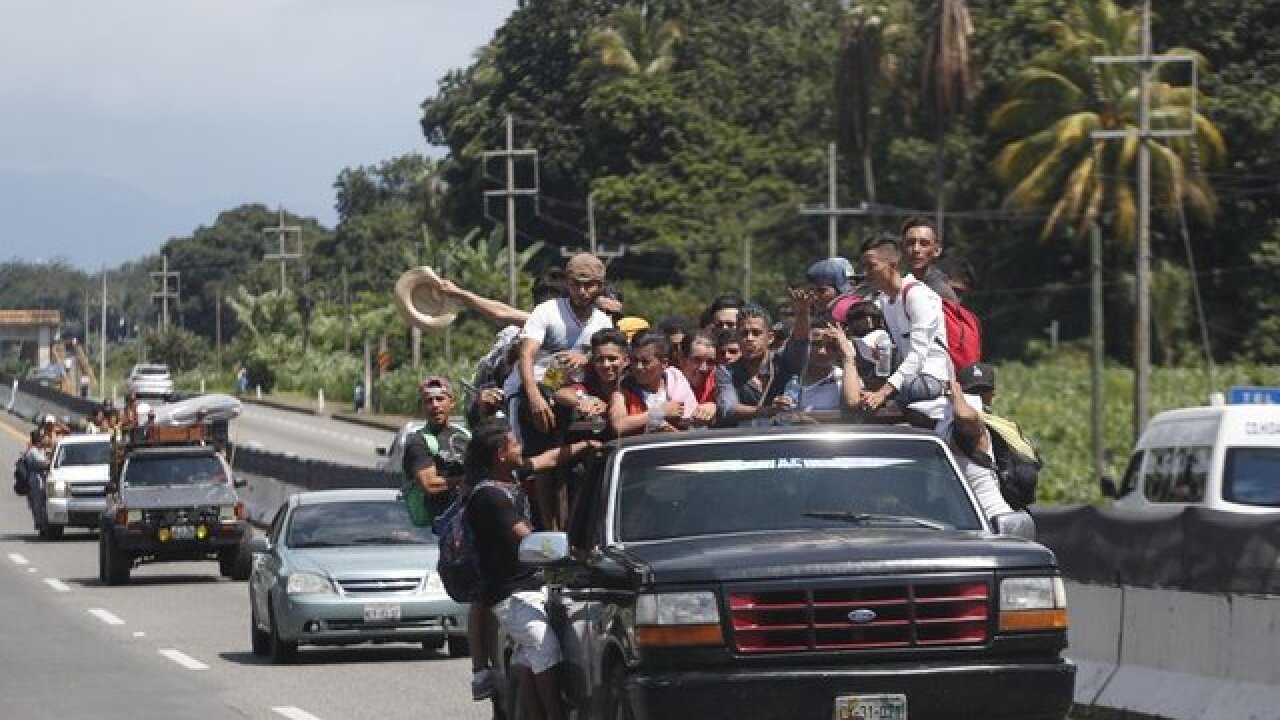 Trump tweets: "Guatemala, Honduras and El Salvador were not able to do the job of stopping people from leaving their country and coming illegally to the U.S."

The three countries received a combined more than $500 million in funding from the U.S. in fiscal year 2017.

Trump has raised alarm over a group of thousands of migrants traveling through Mexico to the U.S., saying, "Sadly, it looks like Mexico's Police and Military are unable to stop the Caravan."

He adds: "I have alerted Border Patrol and Military that this is a National Emergy." White House officials could not immediately provide details.