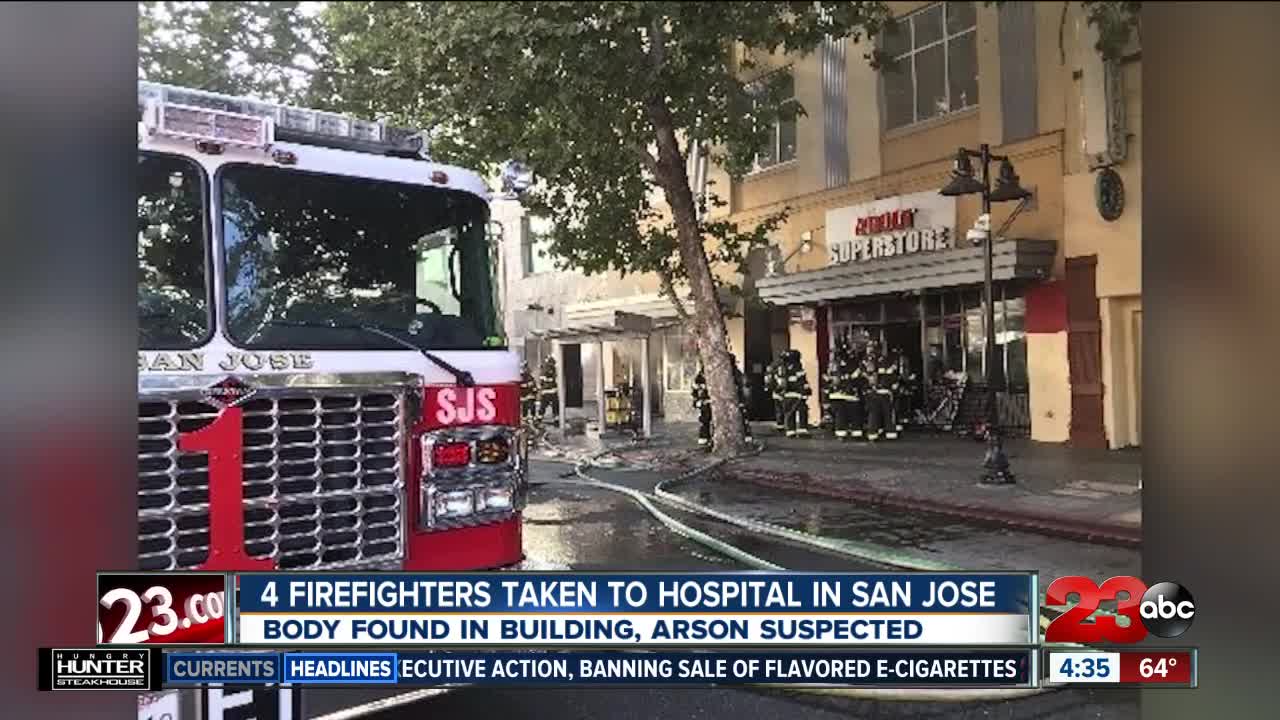 Four San Jose firefighters are being treated for injuries suffered in a suspected arson fire.

Authorities in San Jose believe the three-alarm blaze Sunday was purposely set. The suspect is believed to be either a disgruntled former employee or a former tenant of a building in the downtown area.

The injured firefighters were taken to a local hospital, no word yet on their conditions.

A body was found inside the burned structure. Officials believe it may be the person who started the fire. San Jose authorities are investigating.