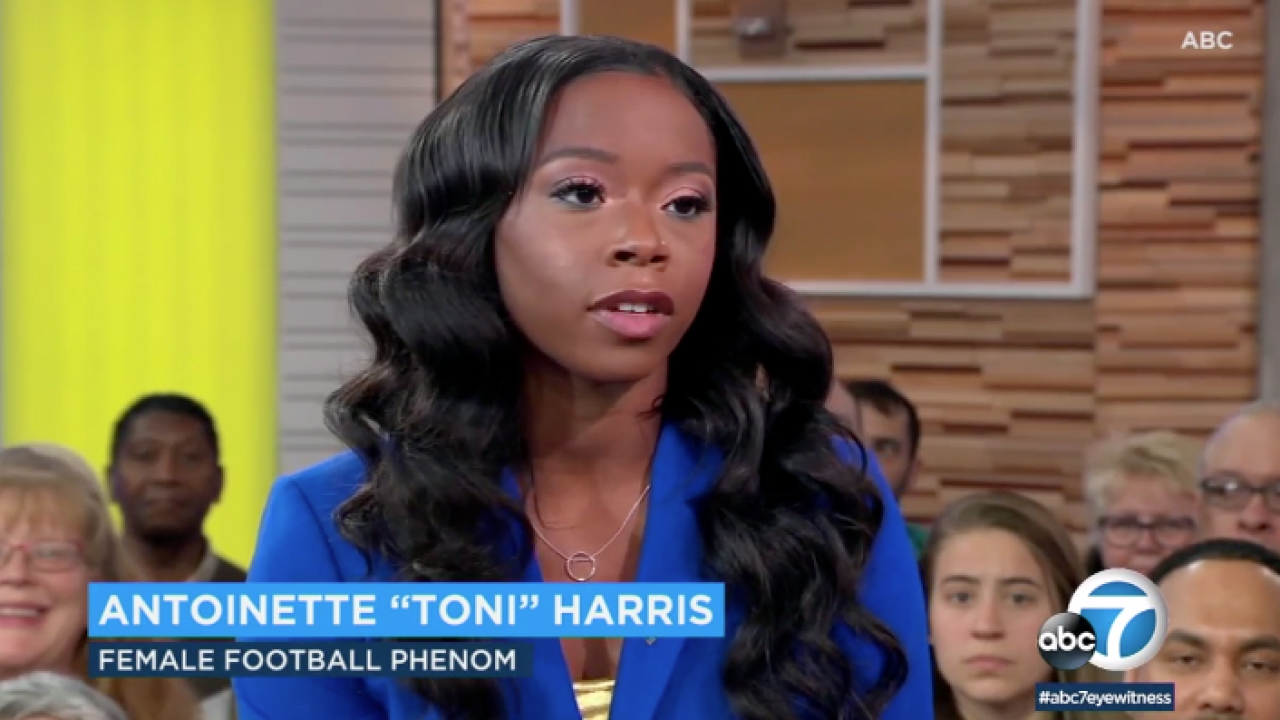 LOS ANGELES (KABC) -- — An East Los Angeles College student is about to make a big splash on the national stage during Sunday's game.

Antoinette Harris is the star of a Toyota commercial that will air during the big game. She plays football for the college as a free safety.

At just 22, Harris is the first woman to receive a full college football scholarship offer - and she didn't just get one, she got four.

The female football phenom also has a powerful message to share with young people.

"No one else's opinions matter about your dreams. You can tell people what you want to do, you can tell them how you feel about it. But you shouldn't have to fight to have people understand your vision. It's your vision - it's not for them to understand. It's something that God gave you for you to go excel at. That's why I'm speaking, to let everyone know nobody's going to decide where I'm going to go in life - that's my decision," she said on Good Morning America.

She is now mulling over where she wants to go to school next fall. She said she plans on becoming the first female NFL player.

This story is courtesy of our ABC affiliate, ABC7 in Los Angeles