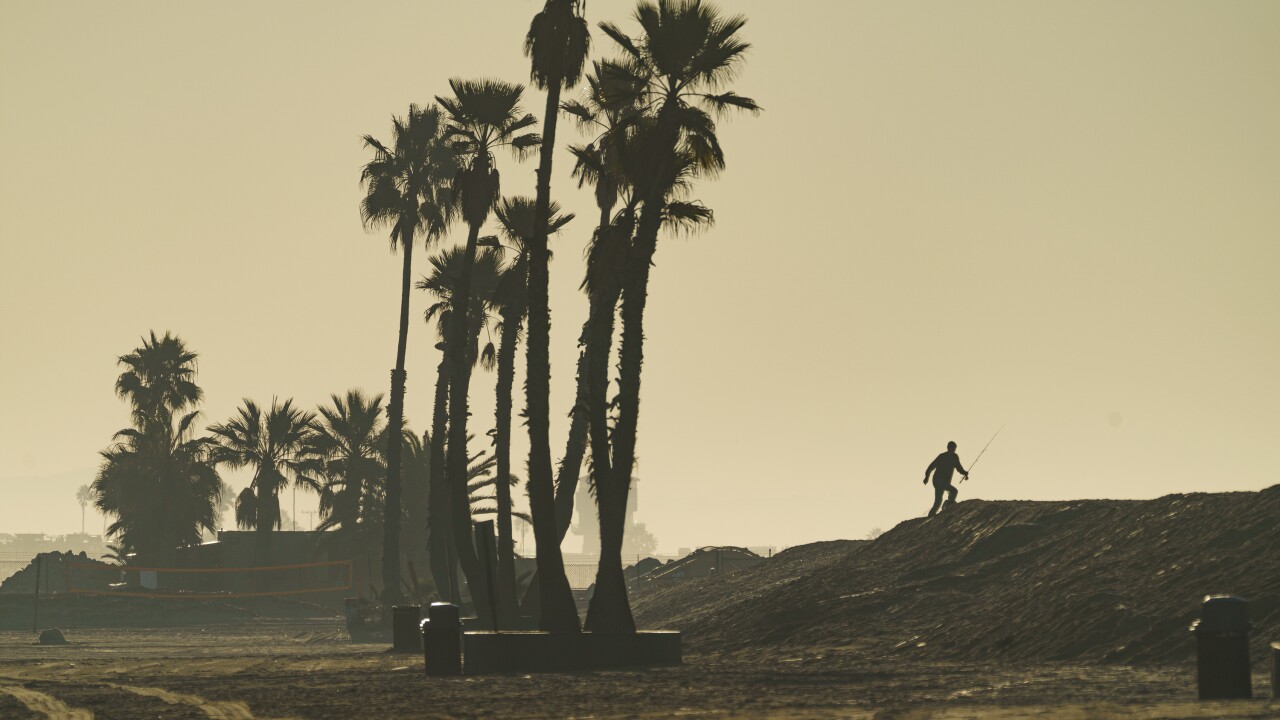 Damian Dovarganes/AP
A fisherman walks up a sand barrier built to protect the boardwalk and beachfront homes in Seal Beach, Calif., Sunday, Nov. 15, 2020. Astronomical high tides known as "King Tides" are hitting the California coast on Sunday and Monday mornings, and in some places, into Tuesday, with tides expected to reach nearly 7 feet (2.13 meters). Huntington Beach's high tide was 6.89 feet (2.1 meters) at 8:23 a.m., the city reported. (AP Photo/Damian Dovarganes)

SAN FRANCISCO (AP) — Forecasters are advising of potential minor coastal flooding along some low-lying areas of the California coast due to astronomical high tides.

Advisories have been issued Monday for coastal areas north and south of San Francisco and Monterey bays and the on the Big Sur coast. Forecasters say those advisories might be extended through Tuesday morning’s high tide.

In Southern California, a beach hazards statement was issued for the Orange and San Diego county coasts for Monday and Tuesday mornings.

Astronomical high tides occur due to the alignment of the pull between the sun, moon and Earth. They are sometimes called “King Tides.”