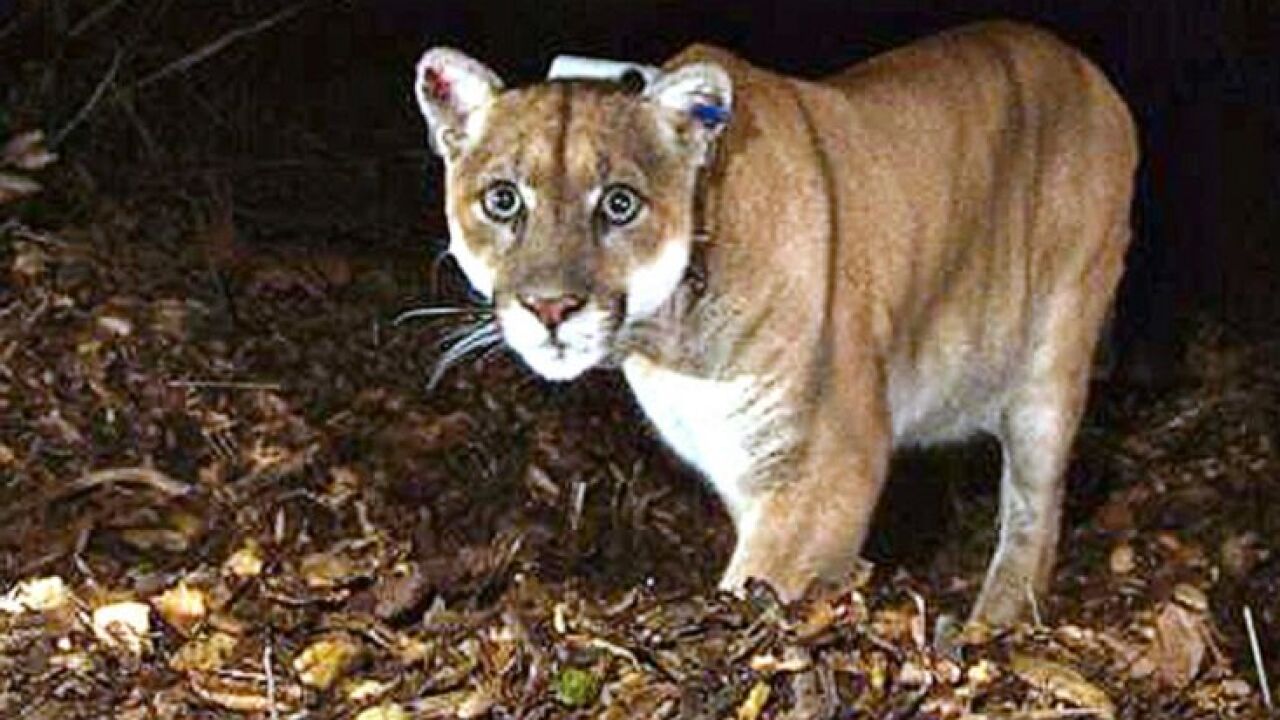 LOS ANGELES, Calif. — Like many urban singles, the mountain lion P-22 lives a solitary life in a too-small habitat. And he has a hard time finding a mate in the big city.

Famous for traveling across two freeways and making a huge Los Angeles park his home, the lonesome big cat has become a symbol of the shrinking genetic diversity of wild animals that must remain all but trapped by sprawling development or risk becoming roadkill.

Hoping to fend off the extinction of mountain lions and other species that require room to roam, transportation officials and conservationists will build a mostly privately funded wildlife crossing over a major Southern California highway. It will give big cats, coyotes, deer, lizards, snakes and other creatures a safe route to open space and better access to food and potential mates.

The span along U.S. 101 will only be the second animal overpass in a state where tunnels are more common. Officials say it will be the first of its kind near a major metropolis and the largest in the world, stretching 200 feet above 10 lanes of busy highway and a feeder road just 35 miles northwest of downtown LA.

"When the freeway went in, it cut off an ecosystem. We're just now seeing impacts of that," Beth Pratt of the National Wildlife Federation told The Associated Press.

Scientists tracking mountain lions fitted with GPS collars found that roadways are largely trapping animals in the Santa Monica Mountains, which run along the Malibu coast and across the middle of Los Angeles to Griffith Park, where P-22 settled.

"They can't get out of here to get dates, and cats can't get in to get dates. ... For those of us in LA, having a romance prospect quashed by traffic is something we can all relate to," Pratt said.

The result of that isolation, researchers say, is imminent genetic collapse for mountain lions. Habitat loss has driven the populations to inbreeding that could lead to extinction within 15 years unless the big cats regularly connect with other populations to increase their diversity, according to a study published this year by the University of California, Los Angeles; University of California, Davis; and the National Park Service.