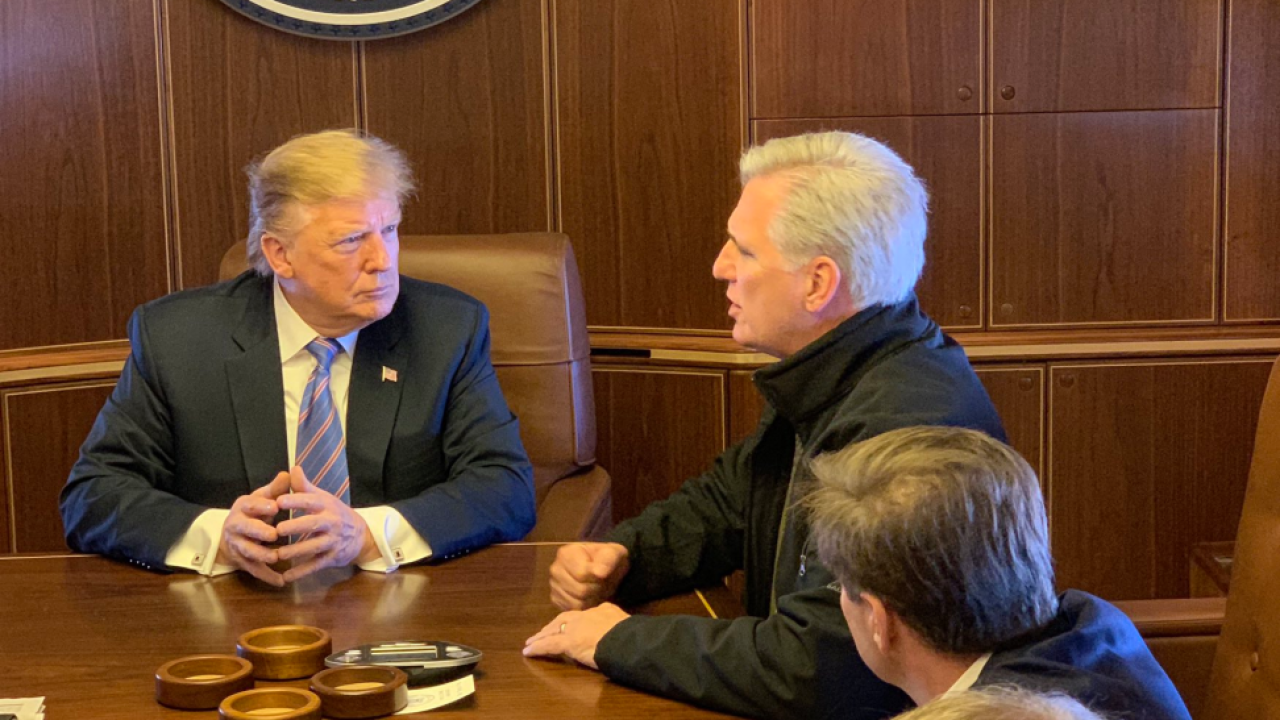 Congressman Kevin McCarthy is traveling with President Donald Trump to the southern border Friday to meet with law enforcement officials.

Sheriff Donny Youngblood is also with Congressman McCarthy and President Trump at the border.

In a tweet, Congressman McCarthy said the two are meeting with law enforcement officials to discuss the crisis at the southern border.

Headed to the Southern border now with President Trump to hear directly from law enforcement about the crisis at happening there.

Getting an update from @POTUS aboard Air Force 1 about the crisis on our Southern border. pic.twitter.com/HHw3JRrs0a