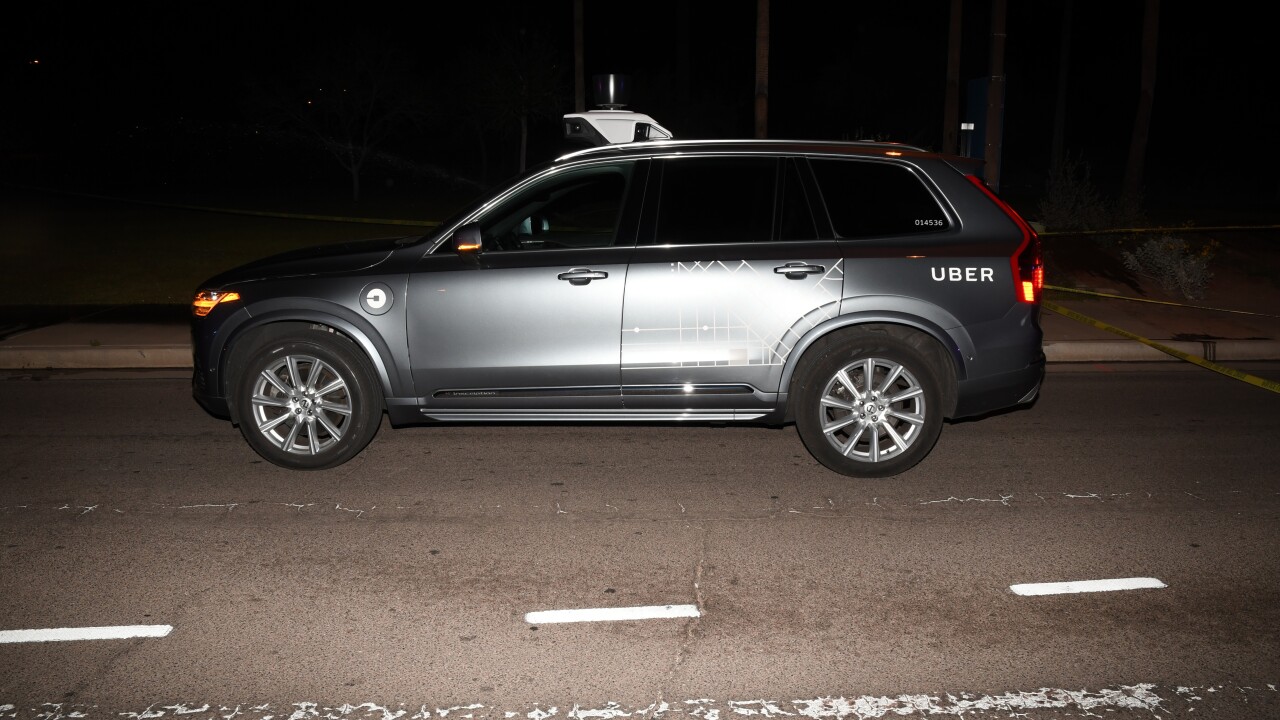 AP
FILE - This March 18, 2018 file image provided by the Tempe Police Department shows an Uber SUV after hitting a woman in Tempe, Ariz. Documents released Tuesday, Nov. 5, 2019 by the National Transportation Safety Board raise questions about whether a self-driving Uber SUV that ran down a pedestrian last year should have been allowed on public roads for test purposes. (Tempe Police Department via AP, File)

GM's autonomous vehicle unit says that they will be pulling the human back up drivers from its vehicles in San Franciso by the end of the year.

According to CEO Dan Ammann the company got a permit from California's Department of Motor Vehicles to let the cars travel on their own. Currently, the company only lets employees ride in their self-driving cars and there has been no announcement about when the public would be able to catch a ride.

Last week Waymo announced that it would be open its autonomous ride-hailing service to the public without human drivers near Phoenix.