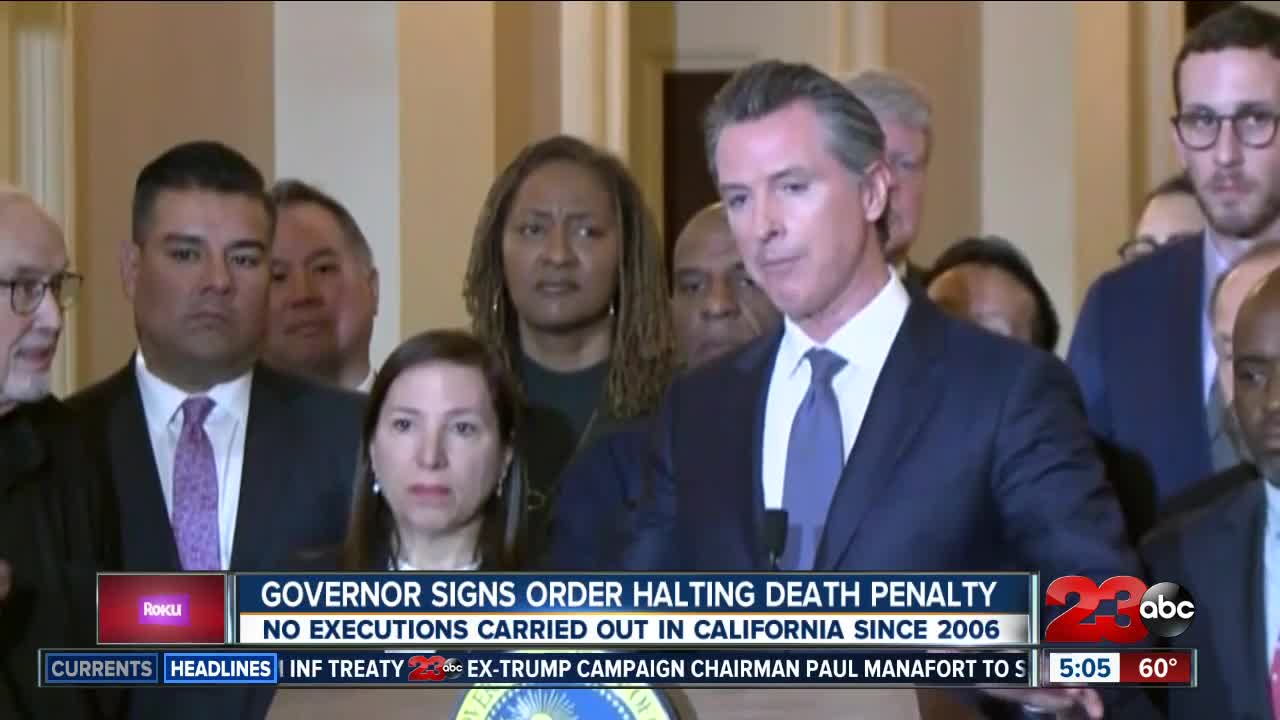 SACRAMENTO, Calif. (AP) — California Gov. Gavin Newsom has signed an executive order putting a moratorium on executions in the most populous state.

Newsom signed the order Wednesday granting a reprieve to the state’s 737 death row inmates for as long as the Democrat is governor. It doesn’t change any convictions or sentences and won’t allow anyone to be released from prison.

Newsom says his views on the death penalty were shaped 40 years ago through his grandfather’s and father’s advocacy on behalf of a wrongfully convicted man.

Defying voters, the Governor of California will halt all death penalty executions of 737 stone cold killers. Friends and families of the always forgotten VICTIMS are not thrilled, and neither am I!