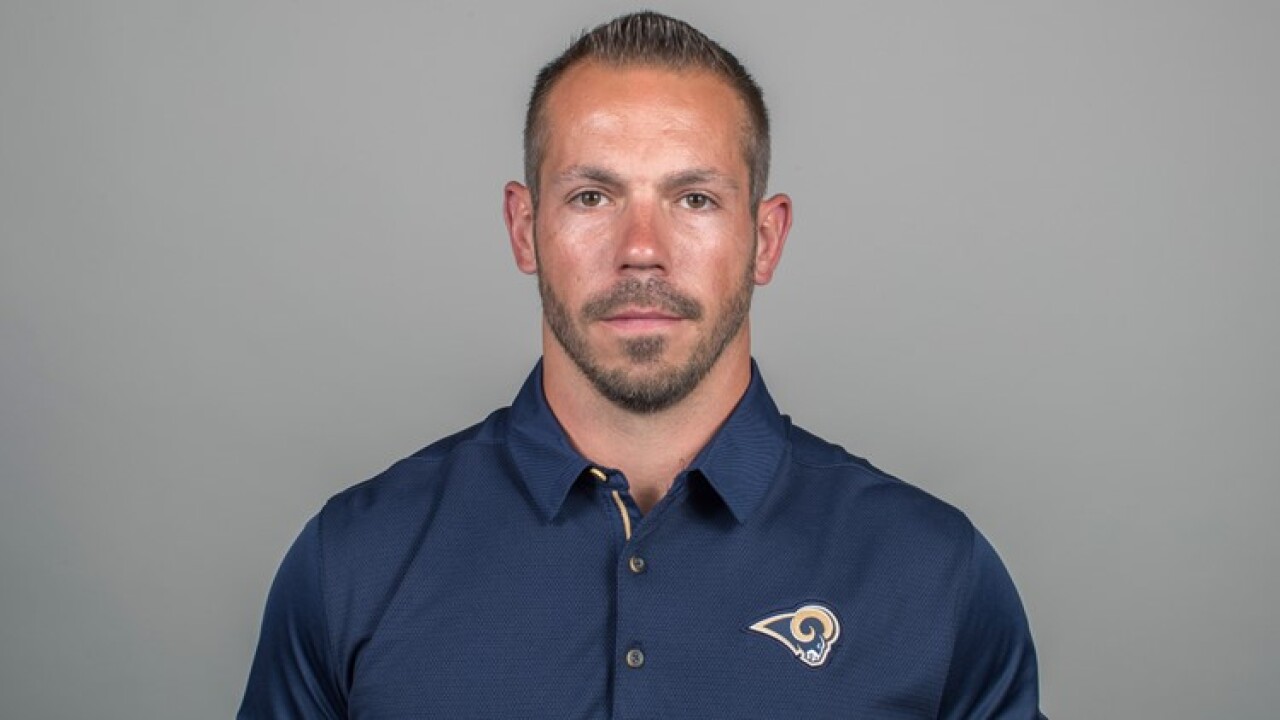 ABC 10 — Ted Rath, the Los Angeles Rams' director of strength training and performance, is on a leave of absence after being arrested in January and charged with three misdemeanor counts of sexual battery.

Along with his responsibilities in strength training, Rath gained minor fame last season as the so-called "get-back coach" assigned to make sure Rams head coach Sean McVay doesn't step too far onto the field while coaching on the sideline.

Rath was arrested and released on $5,000 bail on Jan. 15, five days before the Rams beat New Orleans in the NFC championship game, according to Ventura County Sheriff's Department spokesman Eric Hatlee. The incident occurred June 15, but the subsequent investigation didn't result in charges and an arrest until seven months later.

Rath didn't travel with the team to New Orleans or to the Super Bowl. The Rams said the coach was recovering from an injury at the time.

Ventura County district attorney Gregory D. Totten said the charges "allege that Rath touched an adult woman against her will on intimate parts of her body for the purpose of sexual arousal and gratification." The incident occurred in a private residence in Moorpark, California, a town near the Rams' training complex in Thousand Oaks.

In a team statement issued Friday, the Rams said they "are aware of the charges filed against Ted Rath. We take these allegations very seriously. Once the charges were filed, we decided Ted would take a leave of absence from the team as this matter works its way through the justice system."

As the game plays on, Sean McVay and his "Get Back Coach" tango on the sideline.

Expect more of this at #SBLIII 😂@RamsNFL #NFLFilmsPresents: Get Back Coach airs this Tuesday at 6pm ET on @FS1! pic.twitter.com/5FMyWH4gzT

Rath's attorney, Vicki Podberesky, pleaded not guilty on his behalf Friday morning. She said they will go to trial if necessary to prove Rath is not guilty.

"Mr. Rath takes these allegations very seriously," Podberesky said in a statement issued to The Associated Press. "Ted is a man who has led a law-abiding life. He is a husband, a father and a dedicated family man. He has the utmost respect for women and would never intentionally act in a manner that was demeaning or otherwise inappropriate. We intend to defend this matter to the fullest extent possible in a court of law, and we believe that after there has been a full vetting of the facts of this case Mr. Rath will be shown to be not guilty of these charges."

The 35-year-old Rath, a former linebacker at Toledo, joined the Rams in 2017 after serving as an assistant strength coach with the Miami Dolphins and Detroit Lions. He is married with three children, according to the Rams.

A pretrial conference in Rath's case is scheduled for April 19. If convicted on all three counts, Rath faces a maximum of one year and six months in Ventura County Jail. He also would be required to register as a sex offender.