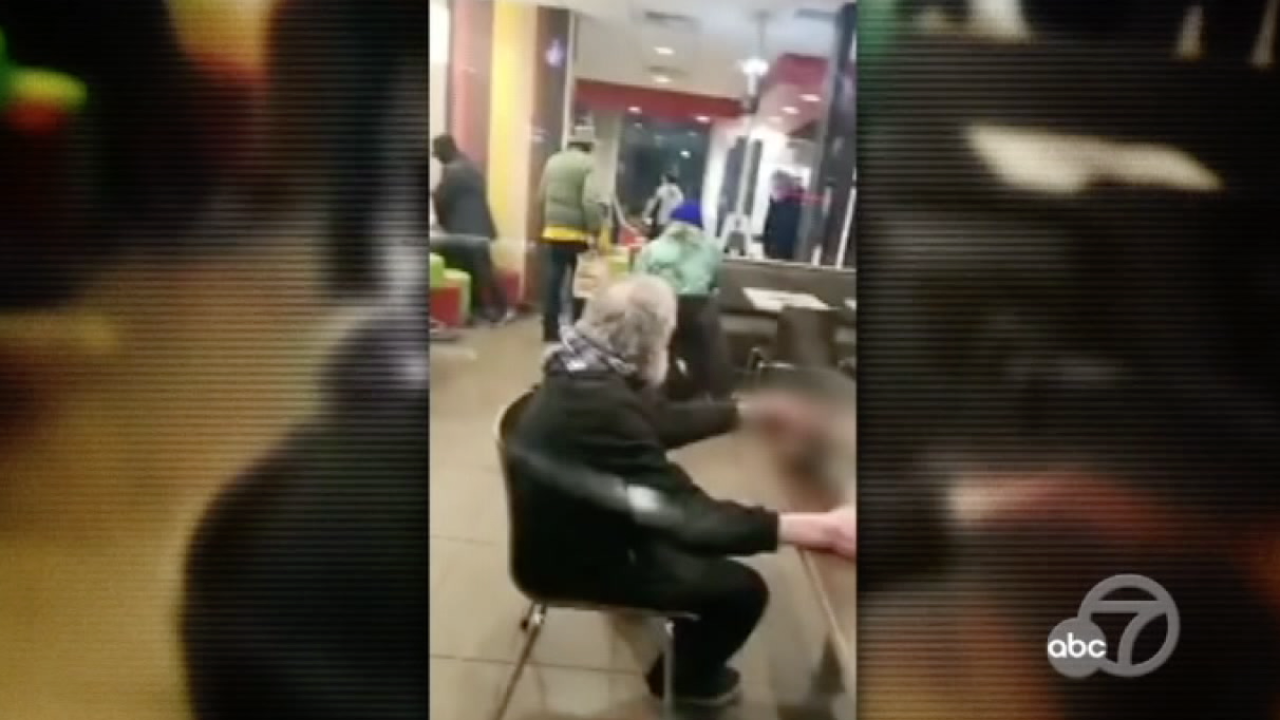 SAN FRANCISCO (KGO) — The Department of Environmental Health wants the public to know it's safe to eat at a McDonald's in San Francisco despite what happened there this week-- which was pretty gross.

Chris Brooks was having breakfast Sunday morning inside the McDonalds when he had to do a double take. An elderly man had brought a dead raccoon into the restaurant and placed it on the table. The animal was bloody, and there was a trail of blood on the floor.

After a short time, someone picks up the carcass and takes it outside putting it in a trash can. Most patrons like Brooks cleared out fast from the Mcdonalds.

Stephanie Cushing, the Director of Environmental Health, said, "I'd like to assure the public that McDonald's has addressed the problem, sanitized the restaurant, which is the main thing for us, and McDonald's is safe to eat."

Animal control removed the raccoon from the property.

This story is courtesy of our sister station ABC7 in San Francisco.