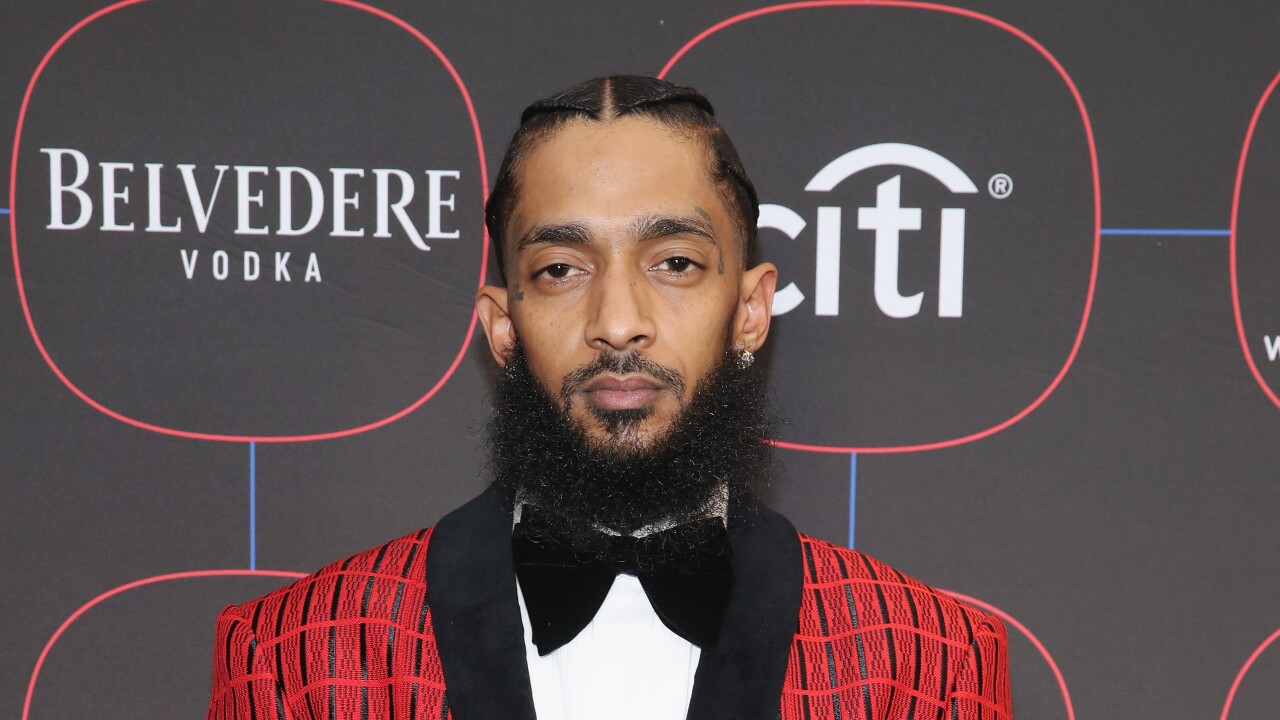 Councilmember Marqueece Harris-Dawson announced on Twitter Tuesday that he will submit a motion to rename the intersection at Crenshaw Boulevard and West Slauson Avenue as "Ermias 'Nipsey Hussle' Asghedom Square."

The 33-year-old Hussle, a beloved community activist in his native South Los Angeles and beyond, was gunned down March 31 in front of his clothing store near the intersection Slauson Avenue and Crenshaw Boulevard. Two other men were wounded in the shooting.

A manhunt ensued, culminating in the arrest of 29-year-old Eric R. Holder Jr. The suspect was being held on $5 million bail after pleading not guilty Thursday to charges of murder and attempted murder.

Hussle, born Ermias Joseph Asghedom, grew up in Los Angeles. He was nominated for the best rap album Grammy this year for his studio debut "Victory Lap." He opened the clothing store in June 2017. He was described as someone who was working to improve the community where he grew up and had reached out to Los Angeles officials to work on ways to reduce gang violence.

Meantime, Nipsey Hussle's Celebration of Life is set for this Thursday morning at Staples Center in downtown L.A.

Story courtesy of KABC and ABC7.