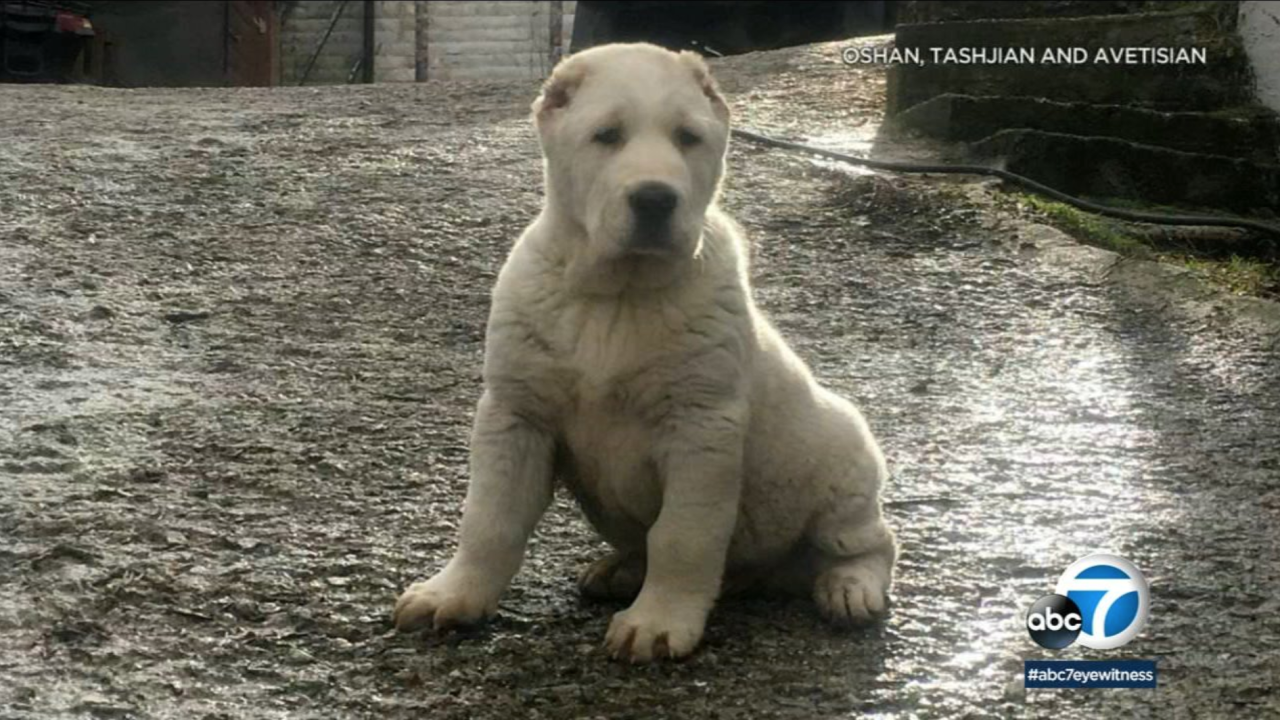 PASADENA, Calif. (KABC) — The owners of a beloved family pet are demanding answers after their dog died during a flight from Europe to Los Angeles.

Bear, a five-month-old purebred Central Asian Shepherd, was found dead in the cargo hold of a KLM jet.

According to KLM Dutch Royal Airlines, the puppy did not survive his transatlantic trip from Amsterdam to Los Angeles International Airport.

The purebred had been en route from his birth home in Greece to his new family, the Avetisian's in Pasadena.

Family friends in Athens had gifted him to the Avetisian children, Alex and Ani, who had been getting regular updates with pictures and videos.

"We were waiting for months to get that puppy, and give him some love, my kids were waiting," said the children's father Andranik Avetisian. "I don't know. It is very difficult. It is very hard for me."

Aggravating the family's loss is the lack of answers from KLM. The plane arrived on Tuesday, March 19.

The family said that for six days they have been unable to view the dog's body, retrieve it or even find out where it is now.

Now Avetisian's lawyer, Evan Oshan, said he may seek action from the Airport Police and the district attorney.

"We want a criminal investigation of the circumstances surrounding the death of Bear," Oshan said.

KLM said the dog's body was initially examined to ensure there was no public health threat.

Eyewitness News received a statement from KLM that said in part:

"We take matters of animal welfare very seriously. KLM's Cargo Department is in contact with the owner of the dog, and for reasons of customer confidentiality, we cannot release further details around the current investigation."

Oshan has represented dog owners in other notable airline death cases, including Kokito, a French bulldog who was placed in an overhead bin at the instruction of a United flight attendant, and Alejandro, who died in the cargo hold of a Delta jet.

But Oshan said he's never seen a case like this.