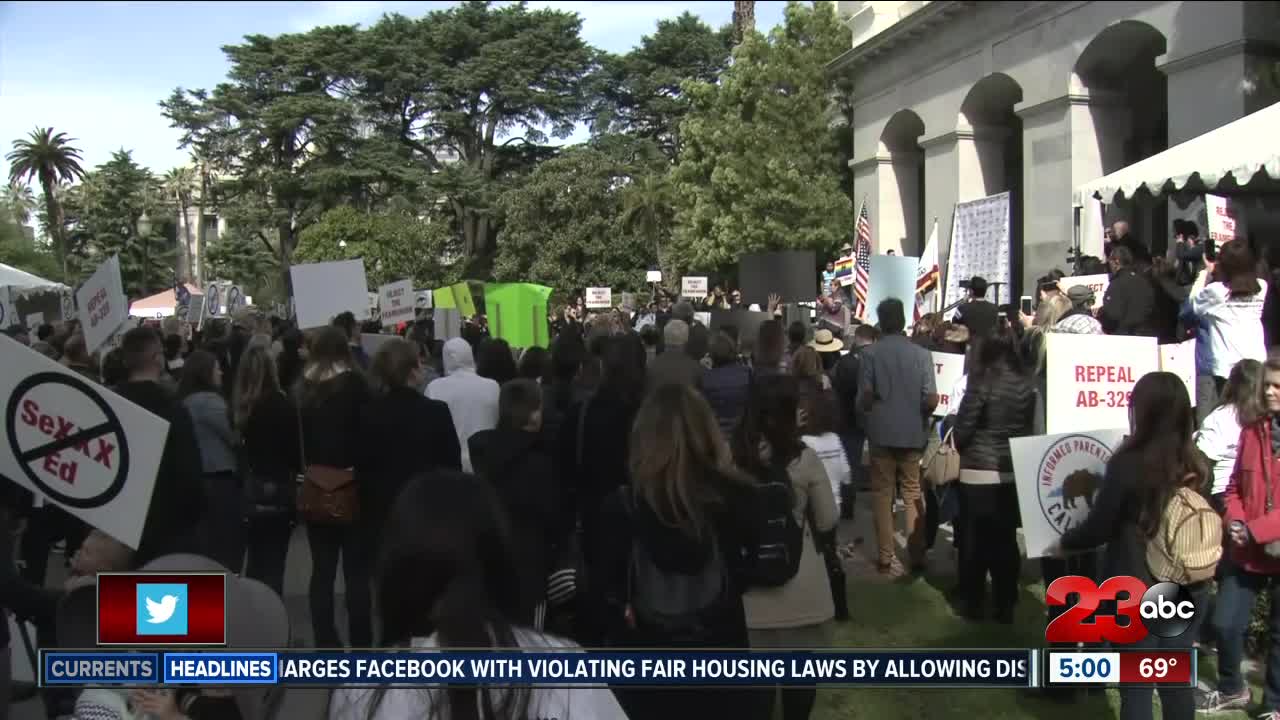 State board looks to expand sex-ed for kindergarten students, parents protest against curriculum at state capitol. 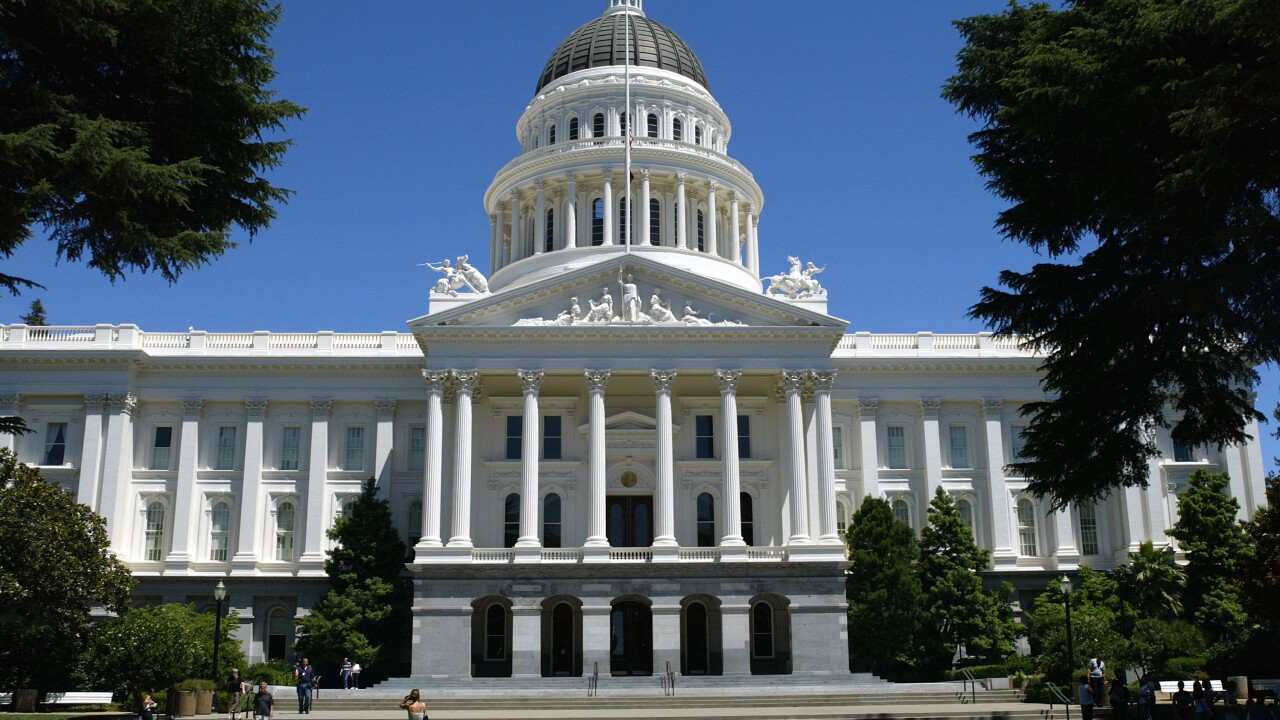 SACRAMENTO, Calif. — Thousands of parents took to the State Capitol in Sacramento Thursday to voice concerns over a new proposed sex education curriculum that the State Board of Education is pushing to introduce into classroom across California.

According to the board the newly expanded framework would allow individual school districts in California to decide if children as young as kindergarten are allowed to discuss topics of gender fluidity, same sex marriage, transgender relationships and more with teachers. The board said the framework is meant to create a more inclusive environment that prevents bullying and challenges stereotypes at a younger age.

However, one Bakersfield mom said these topics should be discussed at home not at school, "I mean it's 2019 so we shouldn't be hushing things away but it definitely should be up to a parent to bring that up especially when you are in kindergarten your child can't normalize that to themselves anyways so if you bring it up in that manner then I think it's just going to put too much of a spotlight on it," Local Bakersfield mom Heather Foss said.

According to the board teachers are required to notify parents before these types of lesson plans take place in the classroom. The state said parents can also choose to allow their student to opt out of theses exercises. The framework outlines certain books that teachers can use as resources to discuss topics such as two mommy's in a house hold, or a story line that displays a boy who likes to dress up as a princess to help dispel myths about gender expectations.

Marco Ornelz a member of the Bakersfield LGBTQ community feels kids need to focus on being a kid first before their sexual orientation, "I think it's a little much because kids are kids and I think that they directly don't need to be exposed at like the age of five you know they should be focusing on other things like learning their abc's and their colors, and not learning about such intense subjects that maybe in the future or even at the moment these kids might be feeling that and they might not necessarily understand why they feel that way."

Many parents at the capitol also calling for the repeal of Assembly Bill 329 that was passed three years ago. The law requires all students between seventh and twelfth grade in California to learn about sexual health education and HIV prevention at least twice. Foss believes that is also when these topics should be discussed but not any sooner, "Starting in seventh grade absolutely I mean realistically I mean in Kern County we have one of the highest sexually transmitted disease ratings and I mean most kids under eighth grade are already sexually active in some manner so that I do believe in but I'm not going to teach my five year old about what HIV is.. let them be a kid."

The proposed curriculum framework is scheduled to be voted on by the state board of education in May. If approved opposition groups said the curriculum could remain in place for a decade or more.