Toddler crushed by 3-ton truck in Fresno hit and run 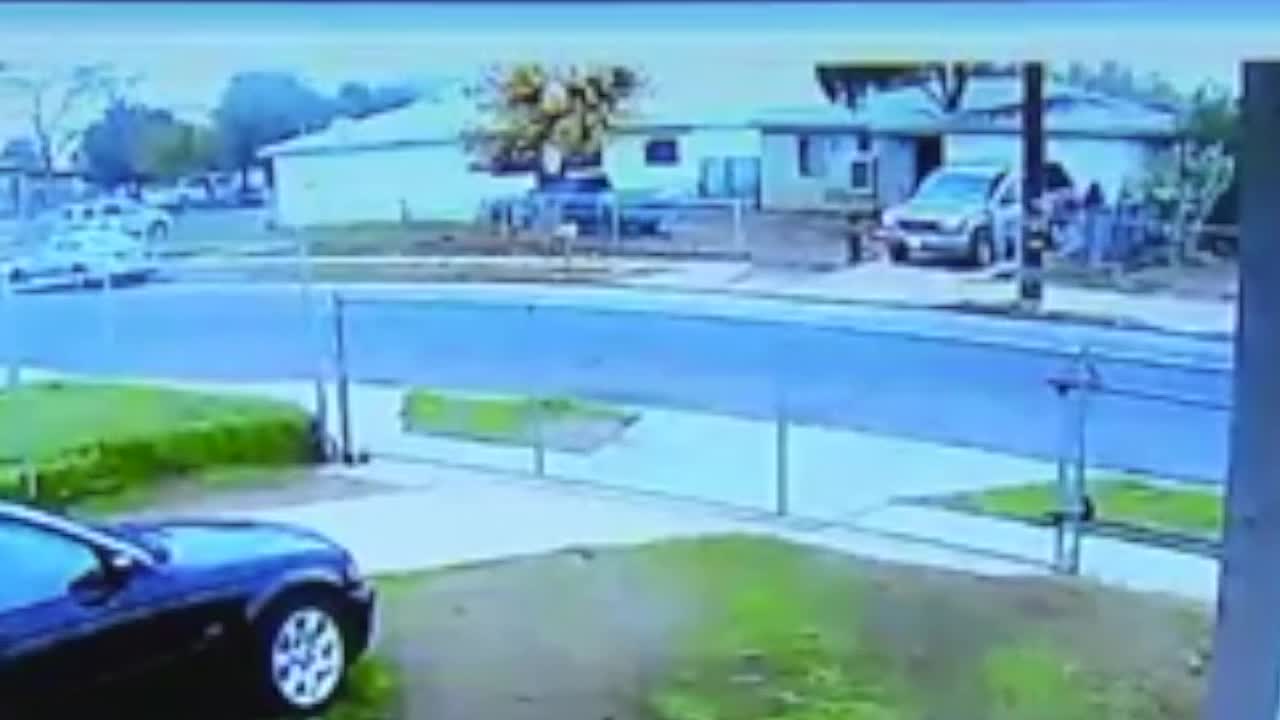 Disturbing video shows a toddler critically injured under the weight of a 3-ton truck, and the uncle who hit her driving away from the scene, ABC30 reports.

"Here's the child coming around the front of the vehicle, stops right in front of it and then the vehicle goes forward," said Fresno police chief Jerry Dyer, describing Tuesday's crash in southwest Fresno.

Street justice actually led police to the suspect. Madera police found him getting assaulted, and they believe it was because of what happened to the girl who has life threatening injuries - including severe head trauma, internal injuries, broken bones, and spinal trauma.

From across the street, the surveillance video is still gruesome.

Her mother rushing to get her to a hospital. The uncle driving away. Nobody calling police.

"The mother stated that she did not want to get her stepbrother in trouble even though she knew it was an accident, again she knew he was driving without a license," said Dyer.

33-year-old Eddie Alvarado came back, but he left again before police knew where to look for evidence.

Valley Children's Hospital notified investigators of Zayliah's injuries, but they couldn't get a straight answer until they found the video from a neighbor.

And they couldn't find Alvarado until someone beat him up in Madera.

"Alvarado would not tell us who physically assaulted him, but information was it was possibly family members who did this in retaliation for what he did to the child," Dyer said.

Family members told us they had no comment about what happened.

Police say parents need to keep a close eye on their little ones near cars, but this mother was not negligent.

She could be in trouble for lying to police or for not reporting the crash.

And her brother also dug himself a much deeper hole by trying to avoid the police.

"Had he just simply called the police department and reported the collision, that would've been the end of this," Dyer said. "He would not have been arrested."

He also has an immigration detainer. He's a Mexican citizen who told police he'd been in the U.S. for about a year.

They didn't ask if he was here legally, but Action News searched court records and found no prior criminal history.