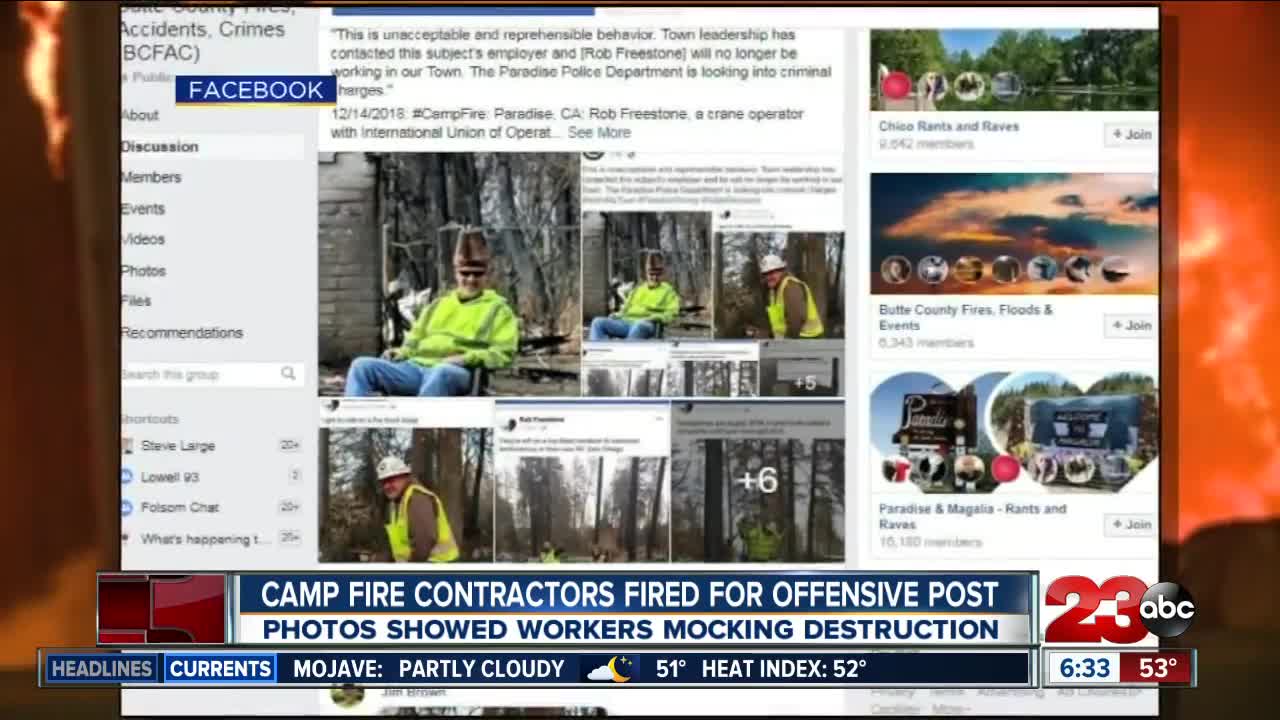 Workers who were hired to clear the remnants of properties incinerated by the Camp Fire have been fired after they posted photos appearing to make light of the inferno. 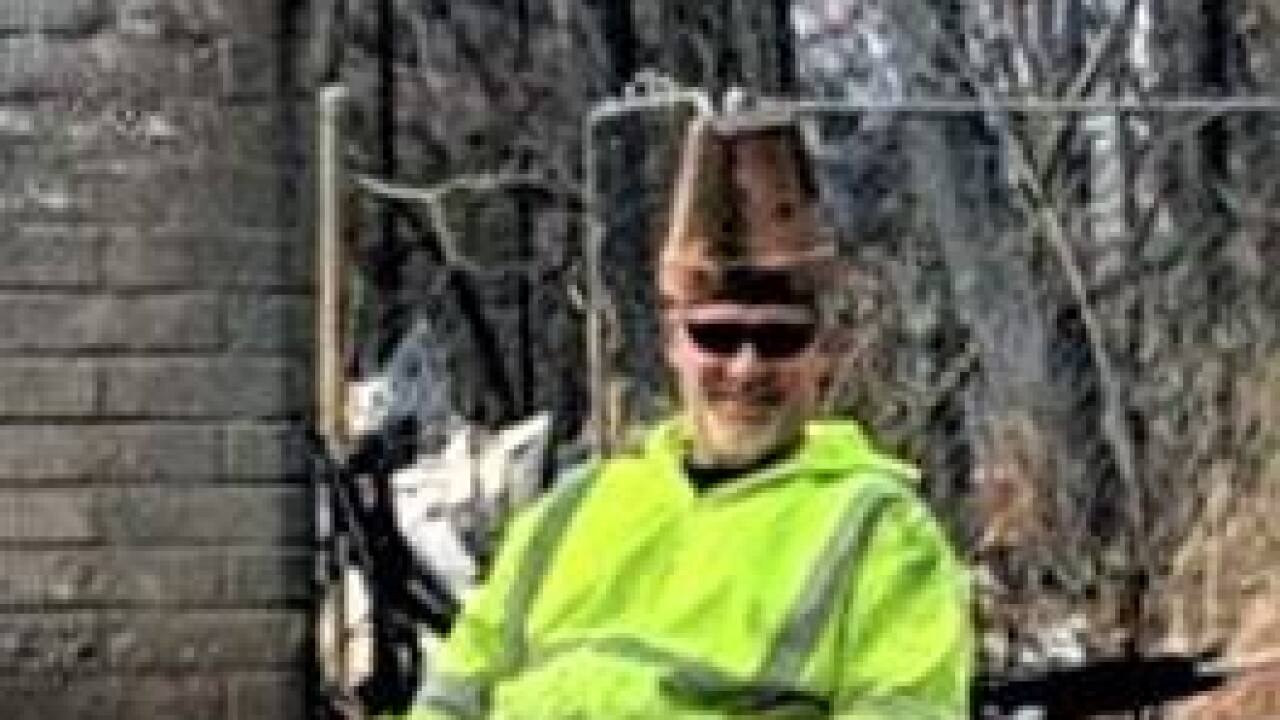 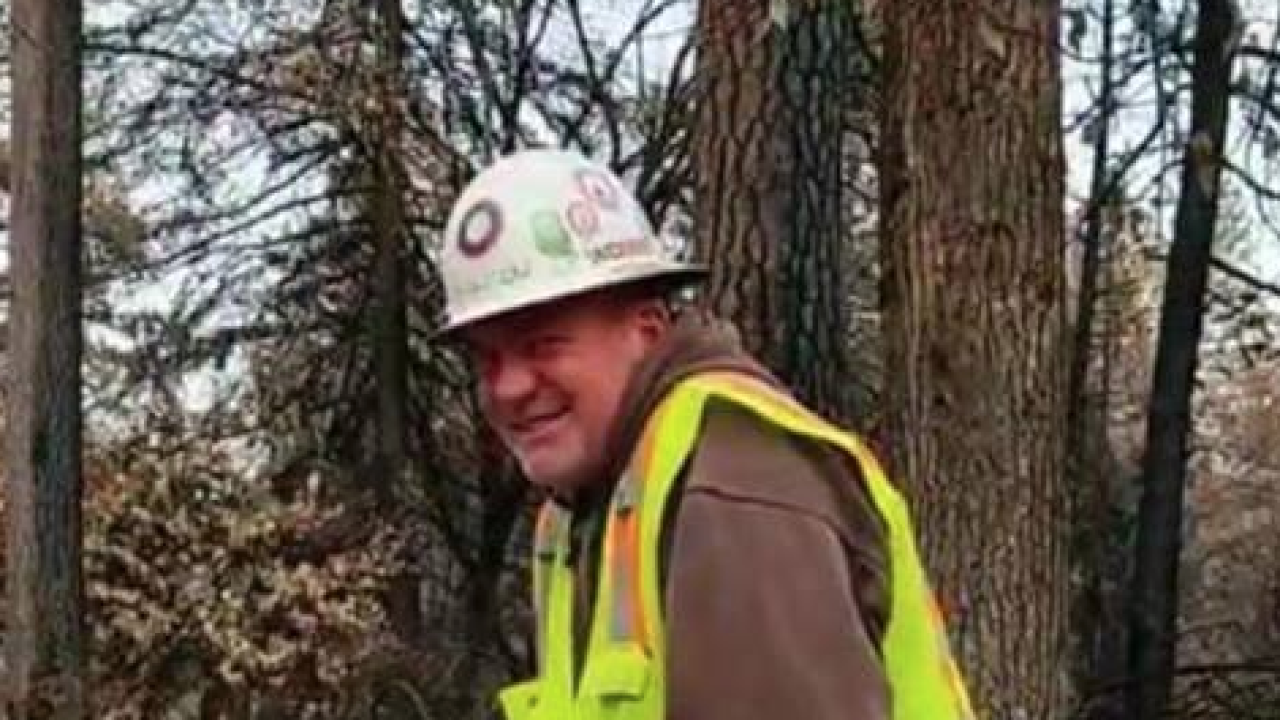 PARADISE, Calif. — Workers who were hired to clear the remnants of properties incinerated by the Camp Fire in California have been fired after they posted photos appearing to make light of the inferno that wiped out nearly an entire community and killed 85 people.

Screenshots posted to the Butte County Fires, Accidents, Crimes Facebook page showed photos that crane operator Rob Freestone posted on his own account on Friday of himself and other workers posing with items left out at the burned-out properties.

In one photo, Freestone posted a photo of the corpse of a burned cat, placing a beer bottle next to the dead animal's mouth.

"Dude... I was just chilling with my homies, having a couple of cold ones, and BAM... damn fire breaks out," Freestone captioned the photo, the screenshot shows.

In another photo, Freestone smiles as he sits on top of a mailbox shaped like a firetruck, writing, "I got to ride on a fire truck today."

A photo showing a man and women clad in safety vests sitting on top of a singed motor home was captioned, "They're off on a fun filled vacation to unknown destinations in their new RV."

Another posted photo showed Freestone standing inside the remaining metal ring of a trampoline, in which he wrote, "Trampolines are stupid. BTW, it used to be called a Jumpoline until your mom got on it." Another shows him resting his feet on the dashboard of a vehicle with the caption, "The struggles are real !!"

Freestone's Facebook page has since been taken down. He was contracted to work on the cleanup in Butte County through the International Union of Operating Engineers, according to the Facebook post. He worked for the Bigge Crane and Rigging Company, which was subcontracted to remove trees by PG&E, ABC Sacramento affiliate KXTV reported.

The Town of Paradise described Freestone's actions as "unacceptable and reprehensible behavior," adding that town officials contacted his employer and that he would not longer be working in the town.

Biggs Crane and Rigging Company wrote in a statement on its Facebook page that Freestone and the two other workers seen in the photos were identified and terminated.

The Paradise Police Department is working with the Butte County District Attorney's Office to determine whether a crime was committed, according to KXTV.

More than 18,000 buildings -- the majority of them homes -- were destroyed by the Camp Fire.