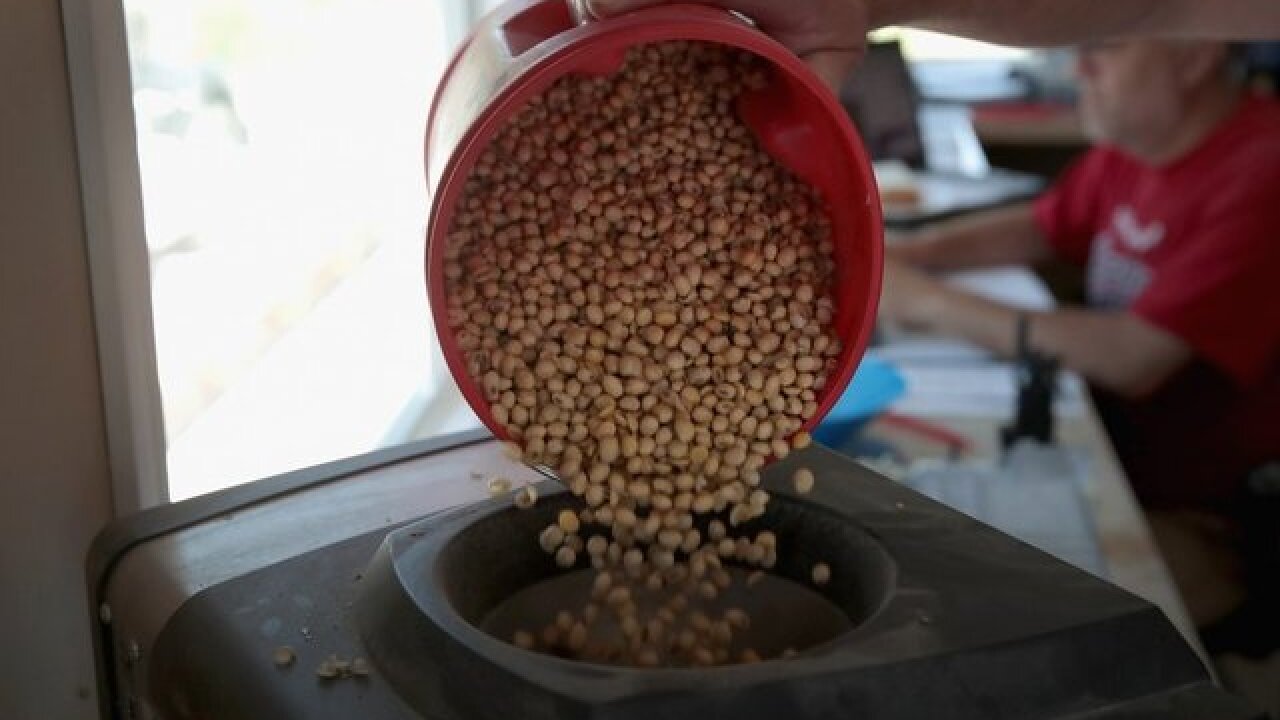 The President said Tuesday that China is "back in the market" to buy American soybeans -- but farmers said that was the first they had heard of any change since July, when China retaliated against new American tariffs by blocking imports of US agricultural products.

"I've heard rumors that they're going to buy our beans and put them in reserve, but I don't see ships sitting in our ports to haul them to China yet," said John Heisdorffer, an Iowa soybean grower and chairman of the American Soybean Association, on Wednesday.

"I hate to say it this way, but everything so far has been talk. The reality is, you want to see something before you actually feel good about it," he added.

Another Iowa soybean grower, Dustin Sage, also told CNN Wednesday that he hadn't "heard anything concrete yet" about new orders from China.

Soybean farmers have been hit hard by the US-China trade dispute. Exports to China, which was the biggest market for American farmers last year, slowed dramatically after July when Beijing imposed tariffs on US products in retaliation to Trump's duties on Chinese goods.

Trump told Reuters in an interview late Tuesday that China was beginning to buy soybeans immediately.

"I just heard today that they're buying tremendous amounts of soybeans. They are starting, just starting now," he said an interview.

The newswire reported that Chinese state-owned companies bought at least $180 million of soybeans on Wednesday.

Trump and Chinese President Xi Jinping agreed to a temporary truce on December 1 after meeting at the G20 summit in Argentina. At the time, Trump said Beijing committed to increasing purchases of agricultural products, but offered few details about how much they would buy or when.

Farmers, who don't sell soybeans overseas directly, may not be the first to know about new orders from abroad. The US Soybean Export Council, which represents shippers and merchandisers, could not immediately be reached on Wednesday.

Government data due to be published Thursday could show whether soybeans shipments to China increased during the week after Trump and Xi's meeting.

The Farm Bureau has estimated that soybean exports to China are down 97% this year. Prices for a bushel of soybeans fell by $2 after the tariffs went into place.

The Trump administration has offered an emergency aid package to farmers hurt by tariffs. In September, about $3.6 billion was allocated for soybean farmers specifically. But the American Soybean Association said it would only "partially offset" the losses farmers will see this year.

At the time, the USDA said it could release a second round of aid before the end of the year, but farmers are still waiting to hear if it will come through.

Farmers are worried that some of the trade lost to China will never come back, because buyers will have already found new producers in other countries.

"Every little bit helps this year. But in the long term, we would rather have trade and an open market," Sage said.