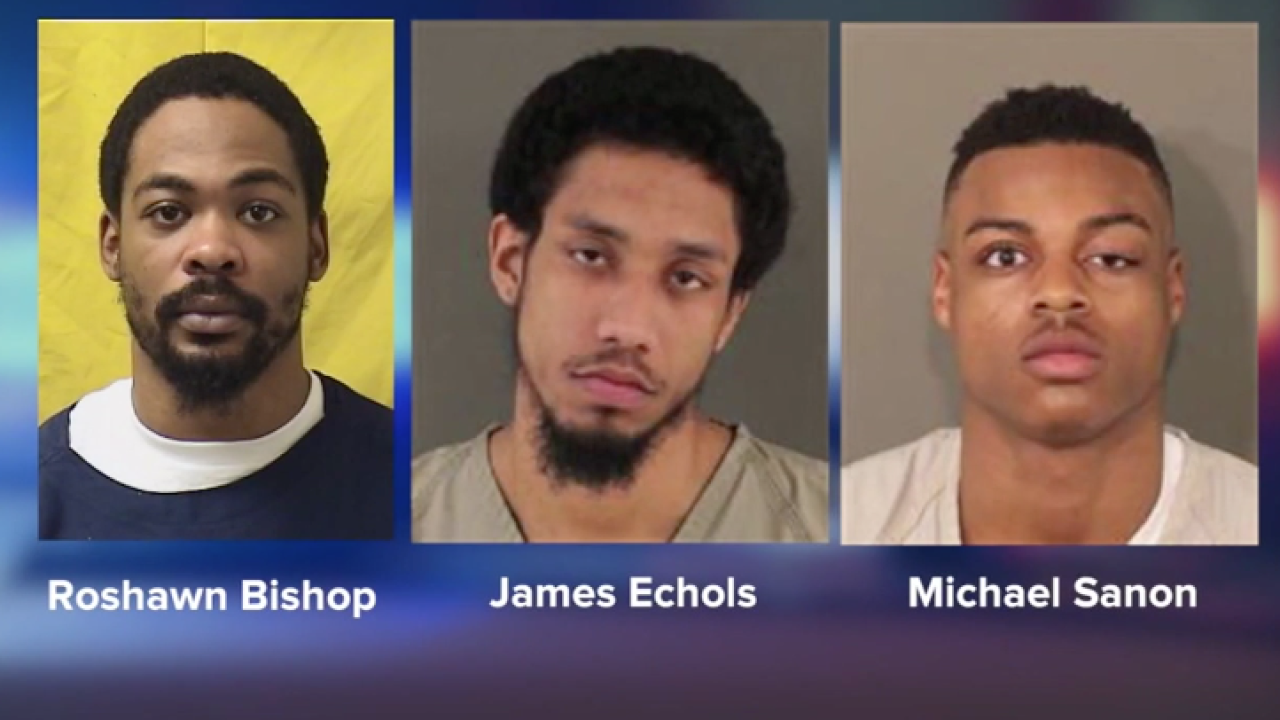 CINCINNATI (AP) — Three men were charged Wednesday in a 2017 shooting that left one woman dead and eight wounded at a gender reveal party in Ohio, authorities said.

Three children and a dog were among the wounded. Police determined the shooting in July 2017 was targeted and drug-related after connecting multiple witnesses to drug rings.

Court records don't show whether the three men in custody have attorneys.

Authorities say it took almost a year and a half to make arrests in the case because detectives looked into several false leads. Colerain Township Police Chief Mark Denney said uncooperative witnesses provided misinformation that "hindered the investigation, no doubt."

"From the very beginning of this investigation, we met significant resistance that is uncommon from victims of crime wanting a resolution," Denney told the Cincinnati Enquirer .

Witnesses told police about 30 people attended the party, but only about a dozen stayed into the night to watch a movie. Two armed men entered the home through an unlocked door around 11 p.m. and sprayed at least 14 rounds of bullets into the living room before running away.

The party was held for then 21-year-old Cheyanne Willis, who claimed to have suffered a miscarriage after being shot in the thigh. Investigators later found that she was not pregnant to begin with.

Garrett was Willis' cousin. Her husband and two children were injured in the shooting.