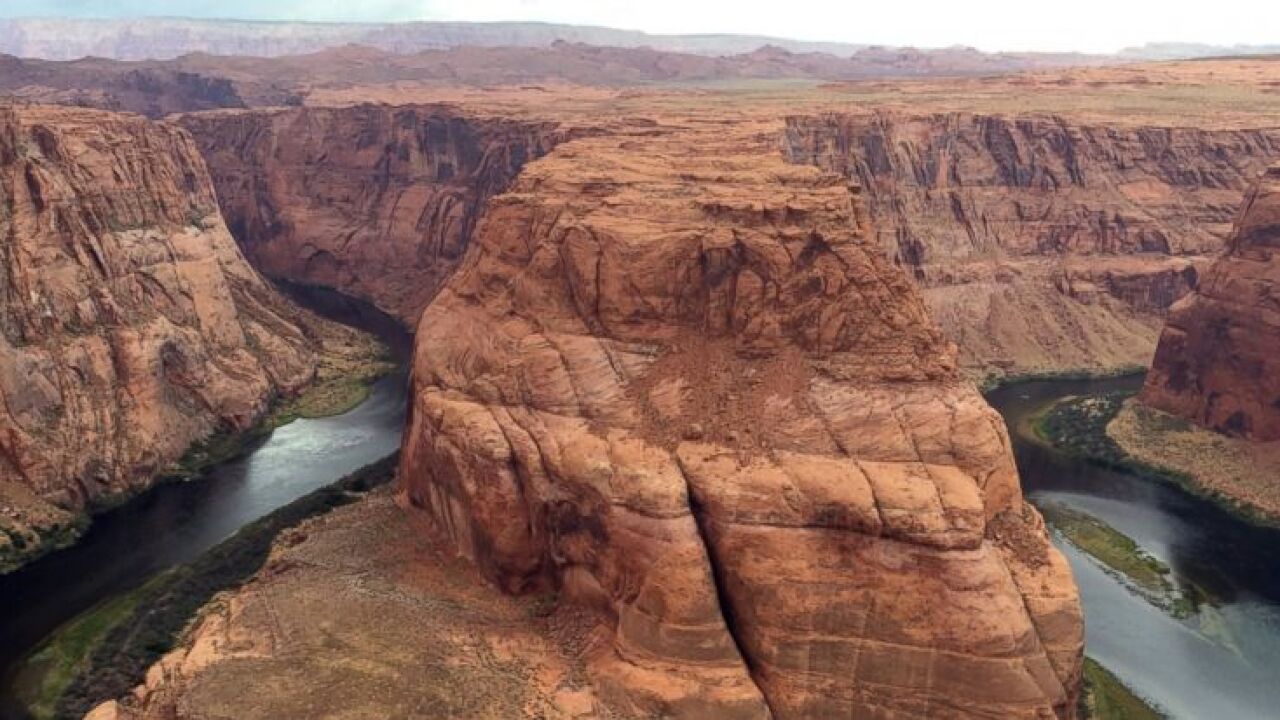 Authorities say a California girl visiting an Arizona landmark has died from what appears to be an accidental fall.

Coconino County sheriff's officials said Wednesday that the body of the 14-year-old girl was found about 700 feet (213 meters) below Horseshoe Bend overlook.

The tourist destination gives a view of a horseshoe-shaped span of the Colorado River flowing below red cliffs near the Arizona-Utah border. There are no barriers.

The girl's family reported her missing from the overlook Monday afternoon, and an Arizona Department of Public Safety helicopter later spotted her body.

Authorities weren't able to recover it until Tuesday morning.

Sheriff's deputies say the teen was visiting from the San Jose, California, area. They believe the fall was an accident but are still investigating.