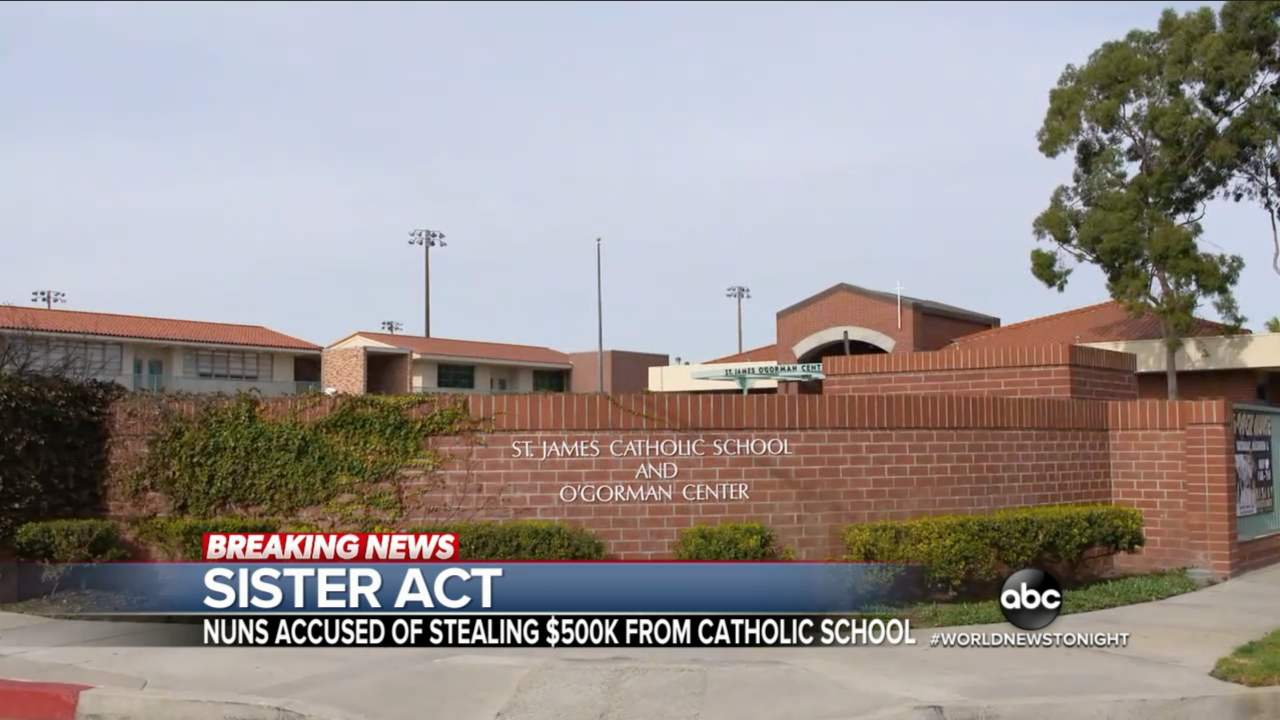 Two nuns who worked for decades at a Catholic school in California embezzled a "substantial" amount of money from tuition and other funds and used it to pay for gambling trips to Las Vegas, church officials said Monday.

The embezzlement from Saint James Catholic School in Torrance appears to have gone on for as long as 10 years, Archdiocese of Los Angeles media relations director Adrian Alarcon said.

During that time Sister Mary Margaret Kreuper was the school's principal and Sister Lana Chang taught eighth grade students. Both retired earlier this year. Neither has been charged with a crime.

The amount taken from tuition payments and other funds is still being tabulated, Alarcon said, adding she couldn't confirm some reports that it was as much as $500,000.

In a letter to parents, Monsignor Michael Meyers called it "substantial."

"This matter came to our attention during financial reviews in connection with the change in leadership at our school," he said, adding no one else was implicated.

Alarcon said it is routine to conduct such a review after a principal retires.

Meyers said both nuns acknowledged the theft when confronted, apologized and are cooperating with an ongoing investigation. He said they and their order, the Sisters of St. Joseph of Carondelet, have promised to pay back the money.

"Sister Mary Margaret and Sister Lana have expressed to me and asked that I convey to you, the deep remorse they each feel for their actions and ask for your forgiveness and prayers," Meyers said in his letter. "They and their order pray that you have not lost trust or faith in the educators and administrators of the school."

The archdiocese has notified police, but Meyers said church officials don't plan to press charges at this point and instead want to see the matter resolved internally with the money repaid and the nuns disciplined by their order.

Sister Mary Margaret worked at the school for 29 years. Sister Lana taught there for 20 years.