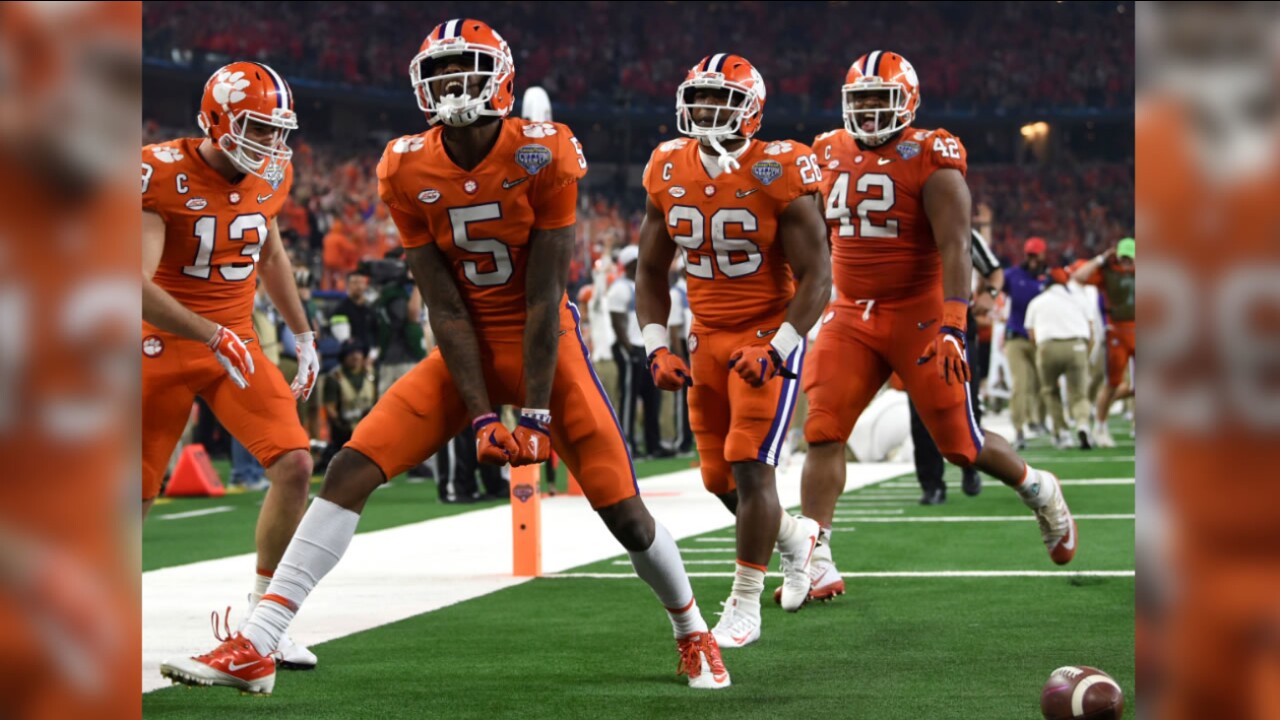 ARLINGTON, Tex. — Clemson is heading to the College Football Playoff championship game for the third time in four seasons.

True freshman quarterback Trevor Lawrence threw for 327 yards and three touchdowns as the No. 2 Tigers overwhelmed No. 3 Notre Dame 30-3 in the Cotton Bowl on Saturday.

The Tigers (14-0) are waiting to find out if they will play No. 1 Alabama in the title game again - they split title games at the end of the 2015 and 2016 seasons. The Crimson Tide play No. 4 Oklahoma in the other CFP semifinal, at the Orange Bowl on Saturday night.

Lawrence had all three of his TD passes in the second quarter, including two in the final 1:44 of the first half. Lawrence completed 27 of 39 passes, while fellow freshman Justyn Ross had six catches for 148 yards and two touchdowns.

Travis Etienne ran 14 times for 109 yards, including a 62-yard touchdown for Clemson.

Notre Dame (12-1), which won its last national championship in 1988, was in the College Football Playoff for the first time. The Irish have lost the last eight times when getting into bowls that make up the New Year's Six games - or the former BCS national championship. All but one of those has been by double digits, including by four touchdowns to Alabama in the BCS title game nearly six years ago.