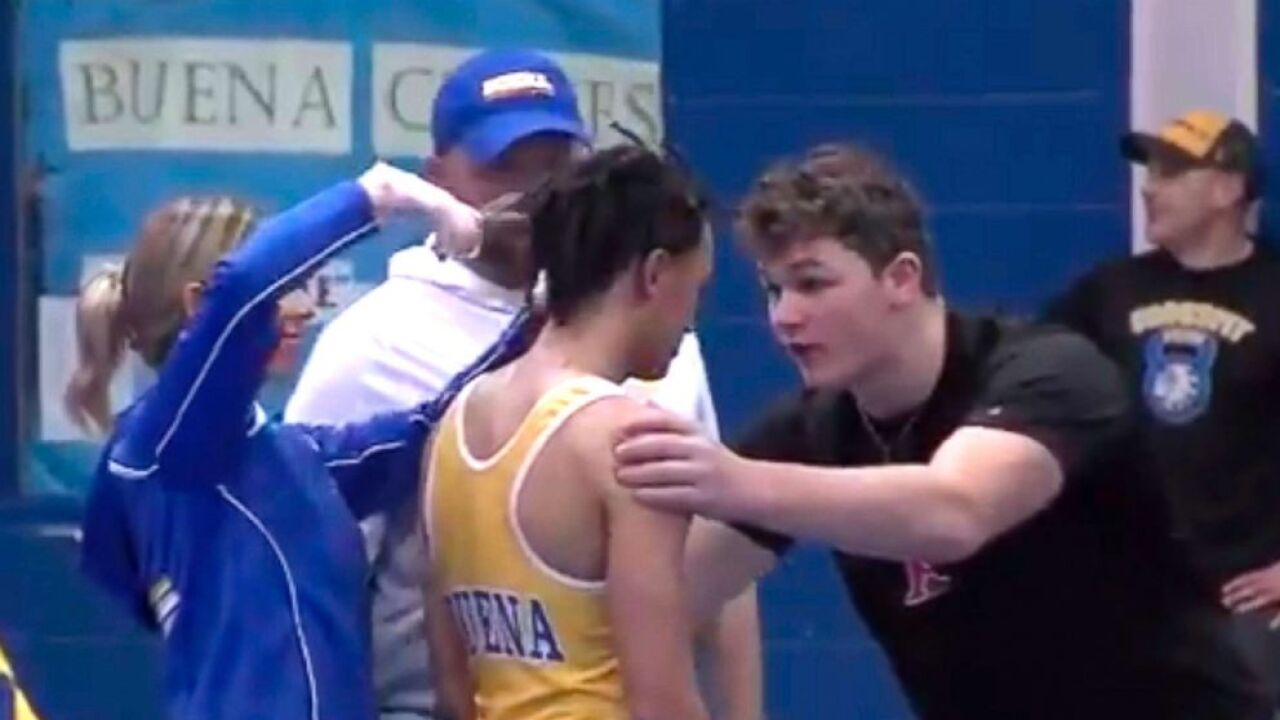 The parents of the high school wrestler who was forced to cut his dreadlocks or forfeit a match say they're overwhelmed by the support their son has received.

Charles and Rosa Johnson released a statement through their lawyer, saying their son Andrew has been dealing with the aftermath of the controversial incident.

"Wrestling has taught Andrew to be resilient in the face of adversity. As we move forward, we are comforted by both the strength of Andrew’s character and the support he’s received from the community. We will do all that we can to make sure that no student-athlete is forced to endure what Andrew experienced," his parents said in the statement.

Johnson, who is black, was told he could not compete with long hair at a meet in Atlantic County on Dec. 19. He was given 90 seconds to decide, according to his family's statement.

Johnson was wearing his usual headgear and covering his hair, but the referee said it was not in compliance with state rules. He then gave the teen the ultimatum of cutting his dreadlocks or forfeiting the match.

Dominic Speziali, an attorney who is representing the family, argued that the referee should have raised any concerns during the pre-match weigh-in. And though the referee missed the weigh-in because he was late to the meet, he "failed to raise any issues with the length of his hair or the need to wear a head covering."

After Johnson went out to compete, an athletic trainer then cut his dreadlocks.

"As the trainer is cutting Andrew’s hair in the middle of the gym, the referee is behind them directing her to keep cutting until he was satisfied with the length," Speziali said in the statement.

The family defended the athletic trainer and their son's coaches.

"As this matter is further investigated, the family wants to be clear that they are supportive of Andrew’s coaches and the team’s athletic trainer," Speziali said. "The blame here rests primarily with the referee and those that permitted him to continue in that role despite clear evidence of what should be a disqualifying race-related transgression.”

The referee is not identified in the family's statement, but Philadelphia ABC station WPVI identified him as Alan Maloney.

Maloney did not respond to a request for comment from ABC News. He has been benched for the time being, with a spokesman for the New Jersey State Interscholastic Athletic Association telling the Associated Press that the groups that assign referees have "all agreed" not to assign him any matches until further notice.

Speziali's statement notes that the family is awaiting the results of an ongoing inquiry into the referee's conduct by the N.J. Division of Civil Rights.

Meanwhile, the teen's parents said in the statement that Andrew has received a "thunderous outpouring of unsolicited support -- including from an Olympic wrestler, leading civil rights advocates, and elected officials."