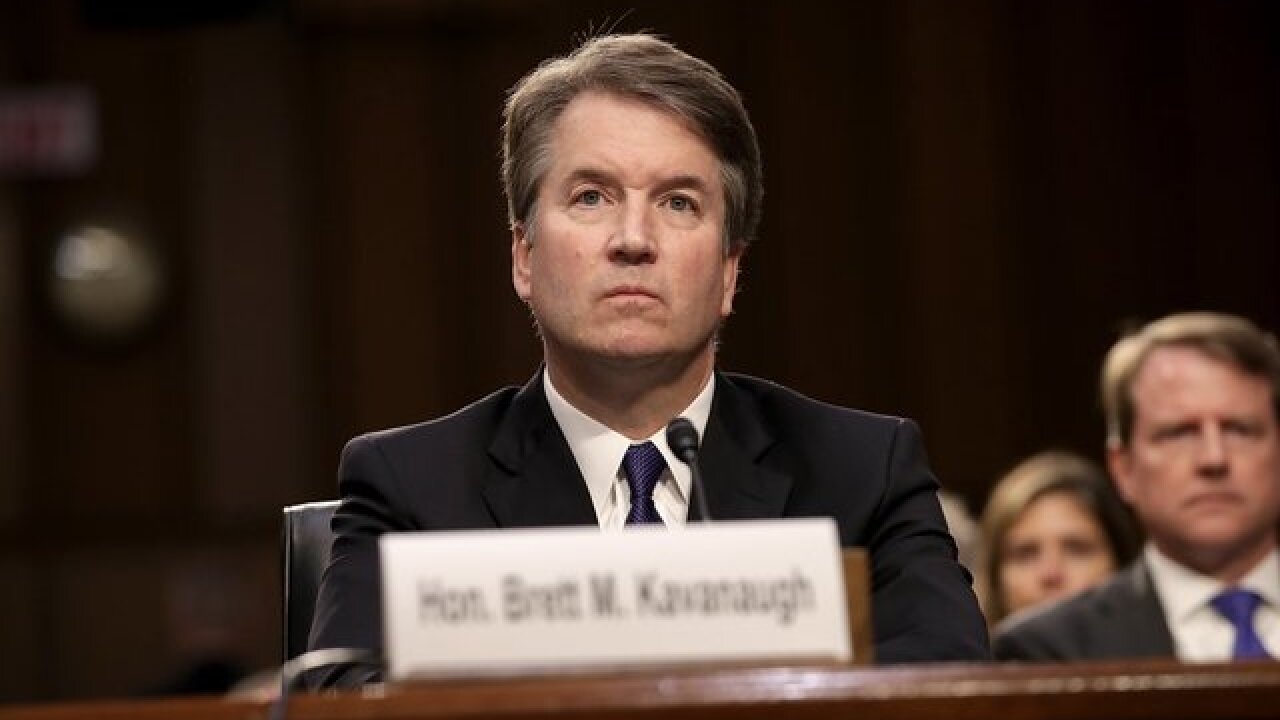 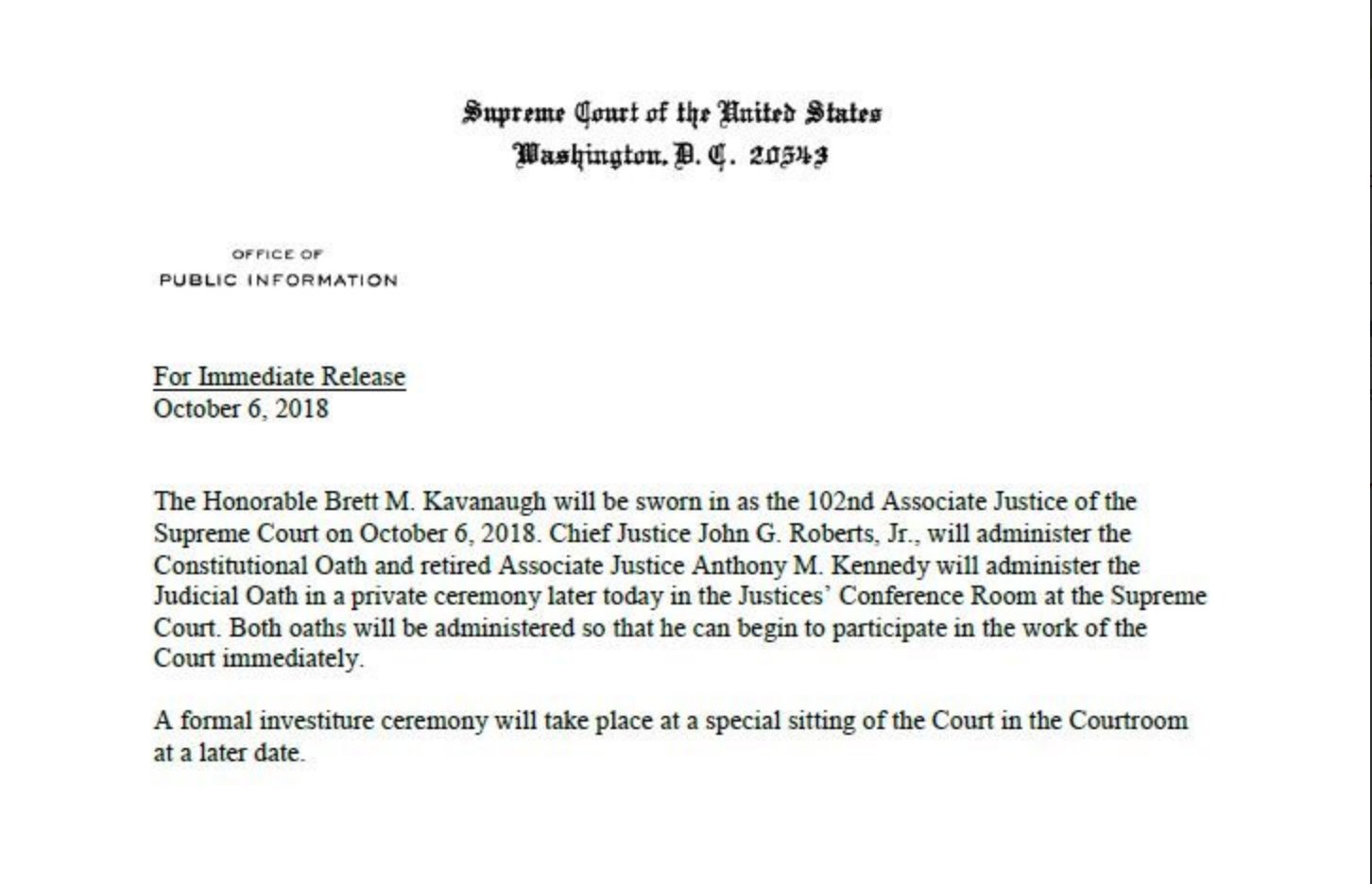 Justice-in-Waiting Brett Kavanaugh will be sworn in later today during a private ceremony "so that he can begin to participate in the work of the Court immediately." Kavanaugh is set to be sworn in by Chief Justice John Roberts and retired Associate Justice Anthony M. Kennedy, according to the Associated Press.

President Trump tweeted his congratulations to Kavanaugh, saying he will sign his Commission of Appointment.

I applaud and congratulate the U.S. Senate for confirming our GREAT NOMINEE, Judge Brett Kavanaugh, to the United States Supreme Court. Later today, I will sign his Commission of Appointment, and he will be officially sworn in. Very exciting!