Trump: Defense Secretary Mattis retiring at the end of February 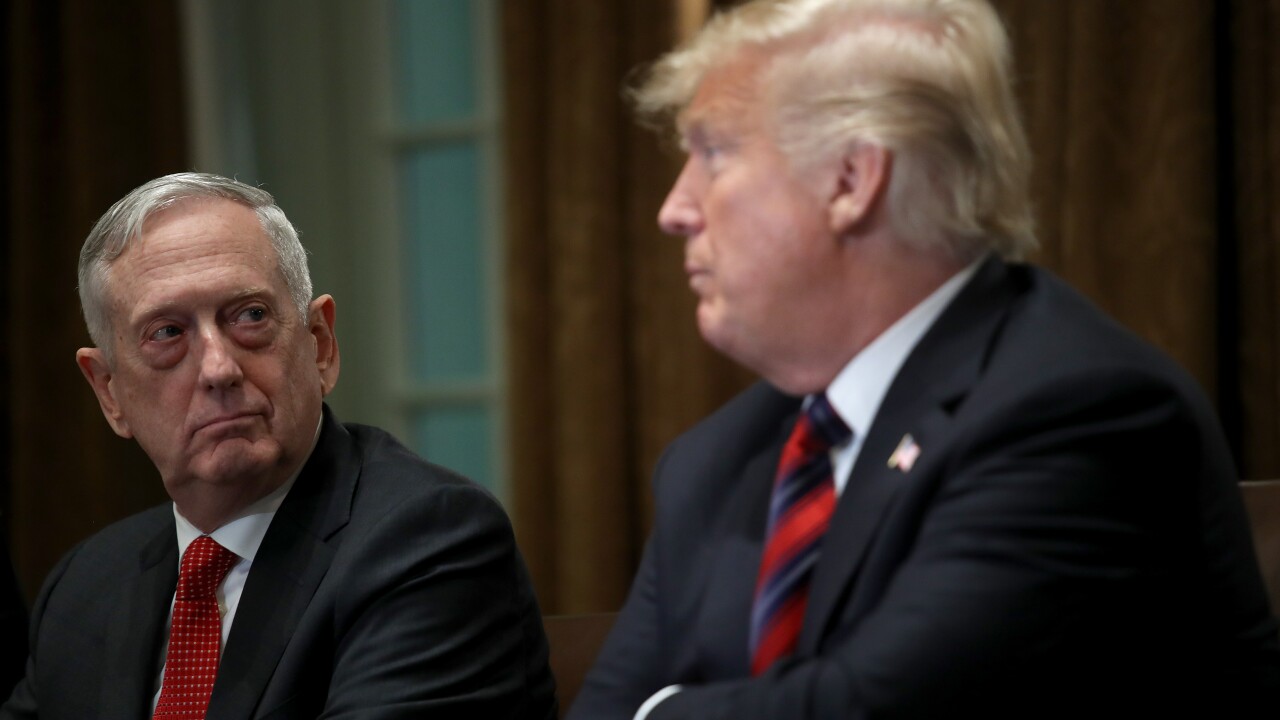 Win McNamee/Getty Images
WASHINGTON, DC - OCTOBER 23: U.S. Defense Secretary Jim Mattis listens as U.S. President Donald Trump answers questions during a meeting with military leaders in the Cabinet Room on October 23, 2018 in Washington, DC. Trump discussed a range of issues while press were in the room including current relations with Saudi Arabia, and the use of the U.S. military in protecting the borders of the United States. (Photo by Win McNamee/Getty Images)

Defense Secretary James Mattis is retiring at the end of February, according to a recent tweet from President Trump.

General Jim Mattis will be retiring, with distinction, at the end of February, after having served my Administration as Secretary of Defense for the past two years. During Jim’s tenure, tremendous progress has been made, especially with respect to the purchase of new fighting....

....equipment. General Mattis was a great help to me in getting allies and other countries to pay their share of military obligations. A new Secretary of Defense will be named shortly. I greatly thank Jim for his service!