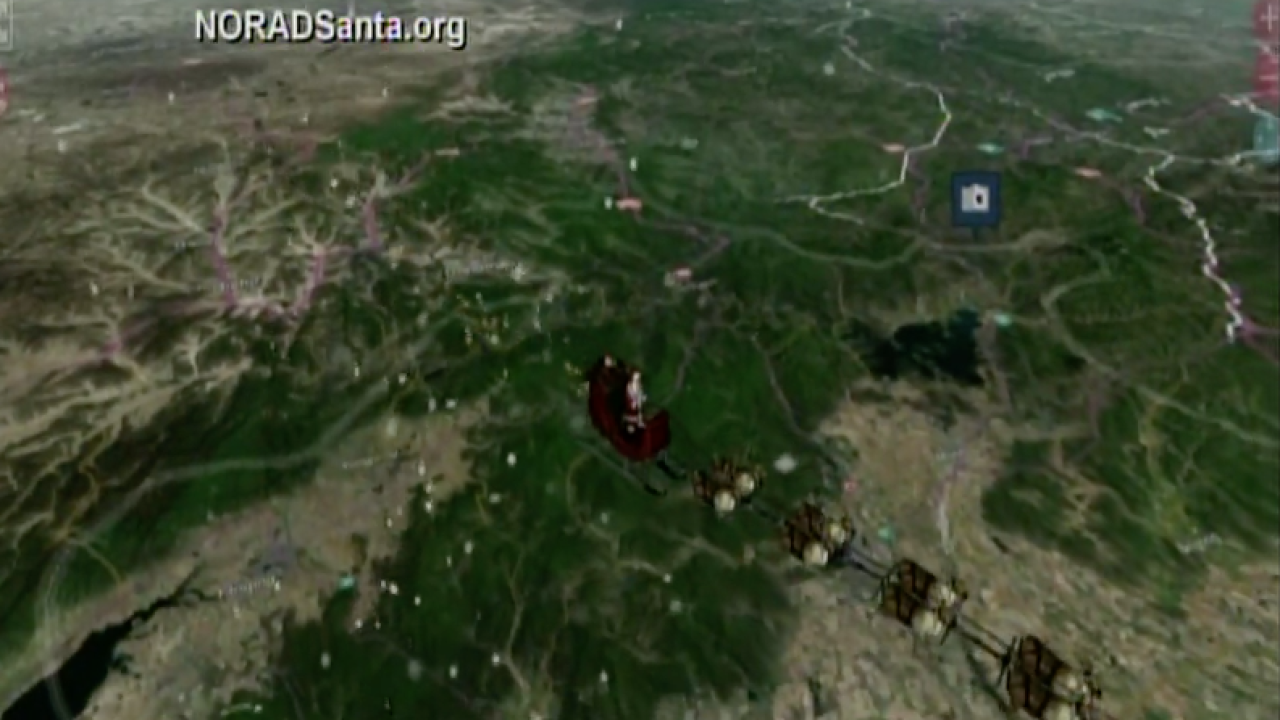 For more than 60 years, the U.S. military has had a special relationship with Santa Claus.

It started with connecting kids to Claus by phone back in 1955. These days, the North American Aerospace Defense Command tracks the old guy and shows what he’s up to by way of the Internet or mobile devices, with a website available in eight languages.

A long list of military and charity organizations puts all this together now, but it actually started with a mistake. In 1955, a newspaper ad in Colorado told children they could call Santa direct. But the number was misprinted and rang at the duty commander’s desk for the Continental Air Defense Command Operations Center, the predecessor of NORAD.

They’re the folks with radar scanning the skies for any unexpected flying objects, so the misprint was a lucky coincidence. The Air Force wouldn’t want to scramble the fighters and ready the nuclear triad for a miniature sleigh and eight tiny reindeer, so they keep track of Mr. Claus, who is too busy to file a flight plan with all those stops. Staff at the command center fielded the calls and the operation grew over the years as military and personal technology got more sophisticated.

The NORAD Santa website began showing preparations for the big flight, and starting at 3 a.m. Thursday trackers could call 1 (877) 446-6723 (1 (877) HI NORAD) to speak with a live operator who can report on his location. Kids can also get an update by sending an email to noradtrackssanta@outlook.com.

As it has for several years, The Spokesman-Review embeds the Santa Tracker on its website on the Spin Control blog, at spokesman.com/blogs/spincontrol.